Table of Contents
1 Cost
2 Safety and peace of mind
3 What about foraging?
4 Self-sufficiency and our connection to nature

In 1998 the famous mycologist Paul Stamets gave a lecture, explaining how his interest in psychedelic mushrooms served as the gateway that led him into the study of general mycology, and its broader applications to environmental remediation and medicinal use. In his personal life, Stamets credits an experience on magic mushrooms (stuck up in a tree during a thunderstorm, as you do) as the catalyst that allowed him to overcome his speech impediment at the age of 17. Indeed, many of us, like Stamets, can attest to the monumental impact psychedelic experiences have had on our lives, our beliefs, and our personalities.

Synthetic psilocybin is only legally accessible to those participating in research at universities like Johns Hopkins and Imperial College London. Historically and today, those seeking out biological sources of psilocybin have three options:

1. Foraging for wild species (mostly belonging to the genus Psilocybe and Panaeolus)

2. Home cultivation (usually Psilocybe cubensis, though other species are possible)

3. Obtaining mushrooms via sale or gift from someone who has done either option 1 or 2

With magic mushrooms containing a number of other potentially psychoactive compounds (such as baeocystin, norbaeocystin and norpsilocin (all of which are present in wild and home-cultivated Psilocybe cubensis, as well as a wide variety of other magic mushroom species), the experience of eating them may not be directly comparable to the single source synthetic psilocybin used in clinical trials; however, there is likely considerable overlap in effect. With growing interest in psychedelics among the academic, pharmaceutical, and civilian sectors, many have voiced concerns around how to ensure equitable and fair access to psychedelics in future.

One way to ensure access is for individuals to become psychedelically self-sufficient by growing psilocybin mushrooms at home. While under federal law, such activity is currently illegal, with Denver, Oakland and Santa Cruz all having decriminalized psilocybin mushrooms, the possibility of legal home cultivation for personal use may be just over the horizon.

Although the prospect of home cultivation may sound daunting, with a little knowledge the process is fairly simple. Here, we’ll make some cases as to why growing your own can save both money and hassle; we’ll also explore the less tangible benefits of personal empowerment and the potential to build community.

If you’re buying magic mushrooms In the US, the cost is about $35 per eighth of an ounce (or $10 per gram). In Canada, where the first magic mushroom dispensaries are opening (though still not technically legal yet), those suffering from conditions such as depression, anxiety and cluster headaches can register to receive encapsulated microdoses of magic mushrooms at an even higher price per gram than those buying illicitly in the US.

By contrast, for $15-$20 you can purchase magic mushroom spores (the mycological equivalent to cannabis seeds) and with the right know-how and a few easily sourced (or, indeed, home-built) pieces of equipment, you could potentially produce well over 100 times the amount of mushrooms you could buy for the same price. Of course, there are additional set-up costs (both in terms of money and time), as well as a level of risk, but some underground growers have reduced these drawbacks by spreading them between a group of like-minded and trusted individuals, effectively setting up self-sufficient magic mushroom collectives.

Safety and peace of mind

Thanks to past regressive drug laws, we’ve never had a great time interacting with drug dealers. From the old-school methods of furtively hanging around waiting for a vague text, to the complicated-to-set-up and nail-biting wait of ordering via the dark web, the anxiety levels that may accompany these methods hardly mesh with the idea of a carefully crafted “set and setting” required for optimal psychedelic use. Beyond that, although mushrooms are easy to recognize, there’s always the risk that your dealer has done a bad job of preparing them, or is simply trying to move some old stock that has lost all of its potency. By growing for yourself, you remove any of these concerns and reward yourself with the peace of mind of consuming something that you’ve been in full control of producing.

In the Northern US and Canada, there are an estimated 22 wild-growing hallucinogenic species. If we extend the region to the Americas as a whole, the number increases to over 70. The broad distribution of these species would seem to suggest that foraging may be a suitable alternative to home cultivation. However, when it comes to psychedelics of plant, fungal or animal origin (such as MDMA, LSD, or 5-MeO-DMT just to name a few), the increased interest in such substances brings additional concerns over whether the natural habitats and human communities in which they grow will be respected by a new generation of psychedelic bioprospectors.

Although we’ve engaged in a fair few fungal foraging trips ourselves, we’ve taken the time to gain an understanding of both the ecology and ethics of such actions over many years—and it’s still not something we do very often. The same respect for nature applies when foraging for any wild species: Never take more than you require, and if you require more than there is, don’t take at all.

Foraging for psychedelic fungi takes a lot of understanding, practice, and confidence in your own abilities (including the ability to decipher deadly lookalikes). Though it is possible to learn with the help of more experienced foragers, home cultivation is definitely a safer route for those starting out.

Self-sufficiency and our connection to nature

Before Michael Pollan published the widely-read How to Change your Mind, he was a prolific food writer. Our attitudes towards psychedelics run parallel to his attitudes towards food, which include themes around the power of self sufficiency; reconnecting with process and tradition; building community; and empowering others.

With the growing potential for the psychedelic supply chain to be modeled after that of cannabis, the choice to hand over production to large-scale professional grow operations threatens psychedelics with becoming yet another commodity—rendering ourselves as passive consumers in the process. In addition, under the current legal framework, we have to ask ourselves whether communities, which have historically used psychedelics as part of their cultural traditions, should be bound to new ideas of legislative approval or FDA breakthrough therapy designation.

With the growing potential for the psychedelic supply chain to be modeled after that of cannabis, the choice to hand over production to large-scale professional grow operations threatens psychedelics with becoming yet another commodity—rendering ourselves as passive consumers in the process.

In a more secular sense, it can be argued that these historical cultural traditions apply in the US as well. During her PhD studies, Dr. Joanna Steinhardt found that many amateur American mycologists were introduced to the field through the cultivation of magic mushrooms, echoing Stamets’ personal testimonial. This has led to the formation of alliances of like-minded individuals outside institutionalized academic and corporate settings—focused not only on mycology and cultivation, but also across themes like ecological preservation, sustainability, and non-hierarchical collective organization.

Such stories are becoming increasingly common as people seek to find alternative ways of living under capitalism. Mushroom growing (magic or otherwise) finds itself in a cluster of related DIY activities, which seek to empower people out of the reliance on producer-consumer economics—including pursuits such as permaculture, foraging, beekeeping, fermentation, and homebrewing.

Although the financial benefits are obvious, by actively engaging with the process of growing magic mushrooms we may find it’s possible to unlock something greater within ourselves, allowing us to gain not only a deeper appreciation for the biological, chemical, and cultural contexts from which psilocybin and its associated alkaloids are derived, but also the potential to form a deeper connection with community, nature, and our place in the world.

Virginia Haze is a nomadic writer and editor with a long history of both writing about and using intoxicants in all their forms, though not always at the same time. She’s written for drug culture magazines, worked on many step-by-step cultivation guides and learned to grow mushrooms under the expert tutelage of Dr. Mandrake.

Dr. K. Mandrake is a lover of hallucinogens from both a scientific and a recreational perspective. His long and varied education has mostly centered on biology, toxicology and mycology, culminating in a PhD in microbiology, which greatly influenced his home growing methods. He cultivates all types of mushrooms (psychedelic and purely delicious) from his base in the U.K., and outside of his more traditional academic position, he teaches others how to grow their own mushrooms in a sustainable, healthy and affordable way.

Dr. K Mandrake, PhD and Virginia Haze are the authors of The Psilocybin Mushroom Bible: The Definitive Guide to Growing and Using Magic Mushrooms.

Collage by Georgia Love featuring a photo by Daanibaer via Flickr 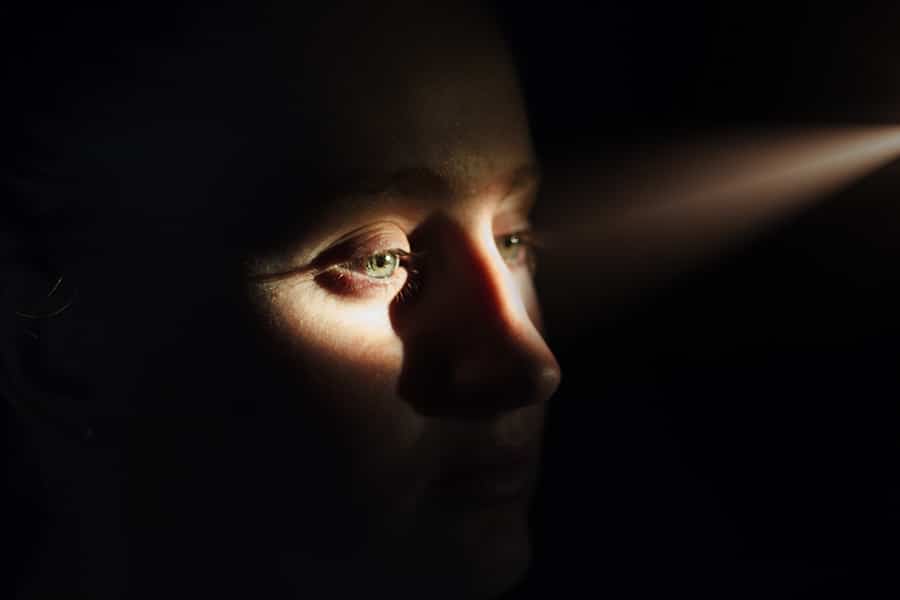 Ketamine: The Psychedelic Painkiller that Could Halt the Opioid Crisis? 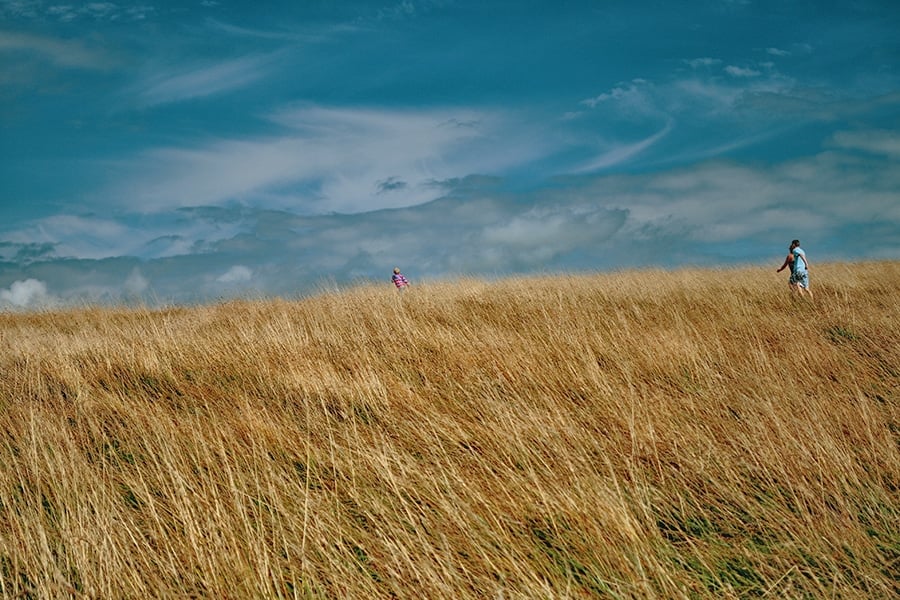 Parents with young children face unique stigma and consequences for coming out about their psychedelic use — but they still seek psychedelic community with other parents. 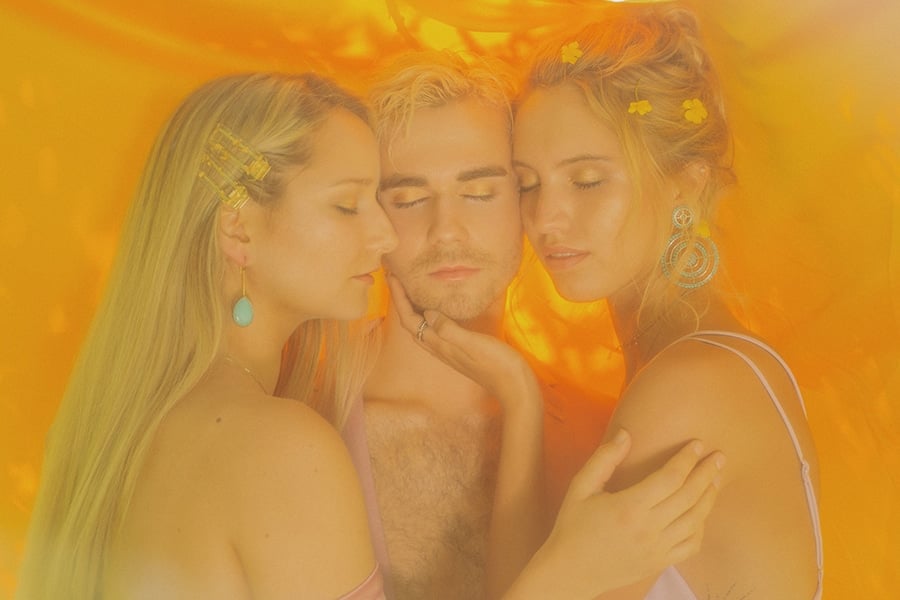