Magic mushrooms—colloquially known as shrooms—are psychedelic fungi that contain the entheogenic compound psilocybin. A typical shroom trip lasts between three and eight hours, depending on the consumer’s dose, tolerance, and form of consumption. A standard dose is an eighth, or about 3.5 grams, although psychoactive effects can be subtly felt with as little as .5 grams. A “heroic” dose of shrooms typically begins around 5 grams. Shrooms can be consumed dry, in their whole form, or brewed into tea or other edibles, like chocolate. In clinical trials investigating psilocybin, study subjects are given a synthetic form of the compound in pill form. Shrooms, or psilocybin, can be consumed ceremonially, therapeutically, recreationally, religiously, or any combination of the above. Oaxacan curandera or medicine woman, Maria Sabina is credited with introducing shrooms to the West, via amateur mycologist R. Gordon Wasson, who sat in ceremony with Sabina before writing about his experience for TIME Magazine, inspiring Timothy Leary and others to explore the world of psilocybin, as well.

While magic mushrooms have been in use among indigenous cultures of the Americas for centuries, there is also a history of their use in other parts of the world, as well, such as with Siberian shamans, who consumed red and white Amanita Muscara mushrooms and even dressed up in their colors as an hommage to their sacredness—ultimately inspiring the Santa Clause mythology. Unlike other plant medicines like ayahuasca, which has been used indigenously in South America, shrooms are more ubiquitous, playing a role in spiritual practice and evolution of humanity around the world.

It should be noted that shrooms, in their whole-fungus form, are distinct from isolated psilocybin, since they contain a multitude of other compounds that work together synergistically. However, with psilocybin as the main compound, shrooms can be used therapeutically to treat a variety of conditions, including addiction, eating disorders, depression, anxiety, and more. But caution is also necessary. Simply eating shrooms does not guarantee healing; it must be done with intention, and attention paid to set and setting (the mental state going into a trip, and the physical environment surrounding it). Ego dissolution is possible with higher doses of psilocybin. Consumers may also experience euphoria, hallucinations, a sense of mysticism, or paranoia. Those who have a history of mental illness, such as schizophrenia, should proceed with extreme caution, or not consume, at all. With that said, shrooms can be powerful tools of healing and transformation if used in certain contexts. They can also be scary, spiritual, or downright fun.

Magic mushrooms have been consumed ceremonially for thousands of years—and they grow naturally all around the world. Before getting into the specifics of how to take them and how to grow them, we provide you with some foundational context on these magical organisms, from history to present-day prohibition and the state of the shrooms black market.

🌈 How to Take Mushrooms

From deciding on your dose to preparing for your shroom trip and making sense of it once it’s over, there’s a lot to know about best practices for taking shrooms.

If you’ve ever taken shrooms, they were probably Psilocybe cubensis. But there are actually more than 180 different kinds of mushrooms that contain psilocybin, from Psilocybe azurescens to Psilocybe semilanceata (aka “Liberty Caps). Empower yourself by learning the difference, and diving into the fascinating world of magic mushroom types.

🌱 How to Grow Mushrooms

Growing mushrooms may seem intimidating at first—but it’s not with the correct guidance. At DoubleBlind, our team of five expert mycologists has taught more than 4000 people how to grow mushrooms at home. Here, we cover: where to buy a spore syringe, the best mushroom grow kits, how to harvest shrooms, how to dry shrooms, and more.

Want to grow SHROOMS?! Let us help you avoid newbie mistakes and get answers to the most frequently asked questions about how to get started.

From candy flipping to hippie flipping, we cover the most common poly-drug combinations and their potential risks. There isn’t much rigorous information available about flipping so it’s important you do your research. Here, we’ve compiled the most trustworthy guides on these practices. 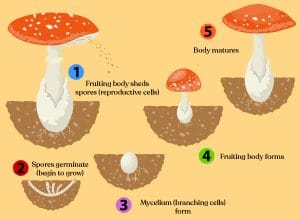 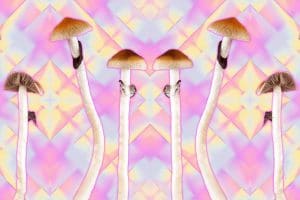 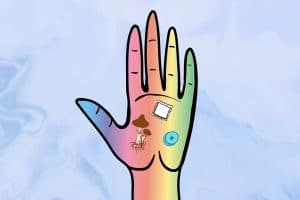