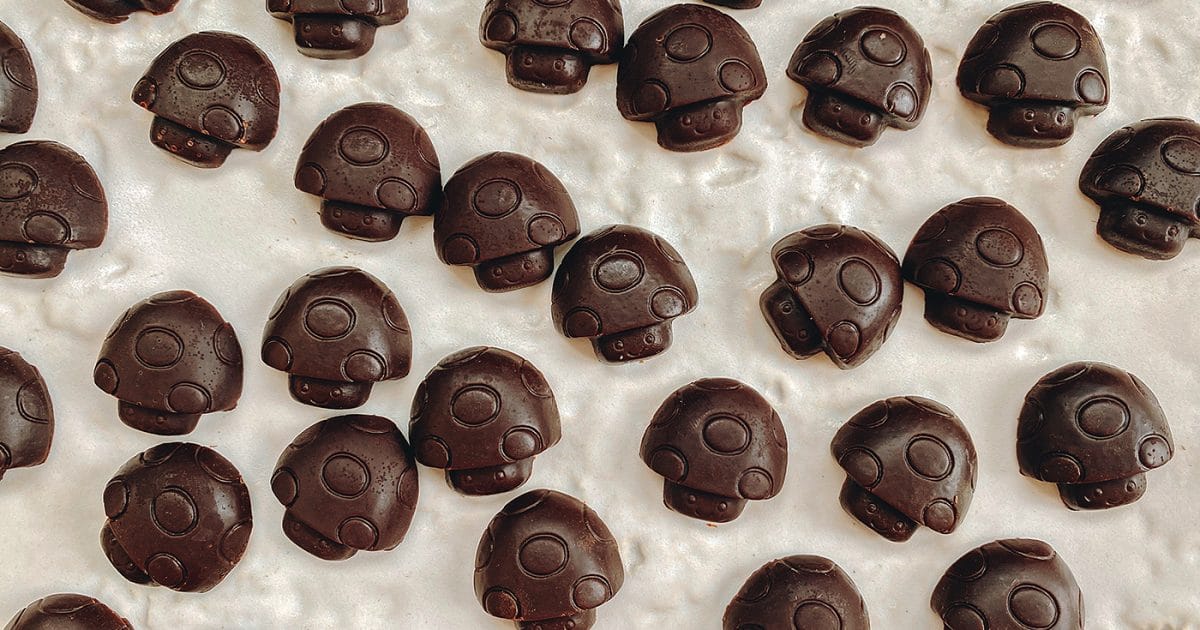 There is an ancient alchemy that exists between mushrooms and cacao. Both have been used in ancient healing traditions, and both have sacred and divine connotations. And their names reflect it: Cacao, Food of the Gods, and mushrooms, Flesh of the Gods.

The Aztecs held cacao in the highest esteem and a bitter beverage was commonly made from the plant for use in ritual and religious ceremony.

The Nahuatl language offers insight into other sacred foods that were used in ceremony, such as the teonanacatl mushroom, which translates to “flesh of the gods.” A fungus of divine status, the teonanacatl mushroom refers to Psilocybe mexicana, a psychedelic mushroom also found native to Mesoamerica. It is well documented that these consciousness-expanding mushrooms were consumed together with cacao in ritual. The food of the gods nourishing the divine communion with the flesh of the gods.

Study of these ancient Mesoamerican cultures reveals that cacao has an established history of being consumed in combination with other ritualistic foods, especially psychoactive plants and fungi. In magic mushroom ceremonies, the Aztecs would combine teonanacatl with cacao to be served as a mushroom-cacao mixed beverage. In other cases, the mushrooms were eaten alone and followed by cacao drinks in order to further heighten the psychoactive effects.

It was thought that the qualities found in cacao potentiate and guide the spirit of the mushroom experience. The synergistic effects of cacao and mushrooms have become a classic pairing, thousands of years old.

While our recipe below contains non-psychoactive medicinal mushrooms, we still opt for a chocolate-based delivery system for our fungi. Yum!

The process of tempering helps the chocolate to set up firmly so it will snap when bitten into or broken. This process will also help give the final product a glossy sheen and bring out the flavors. It’s a bit more labour intensive but we love the end product. We encourage you to explore with ingredients, spices, and mushroom varieties. 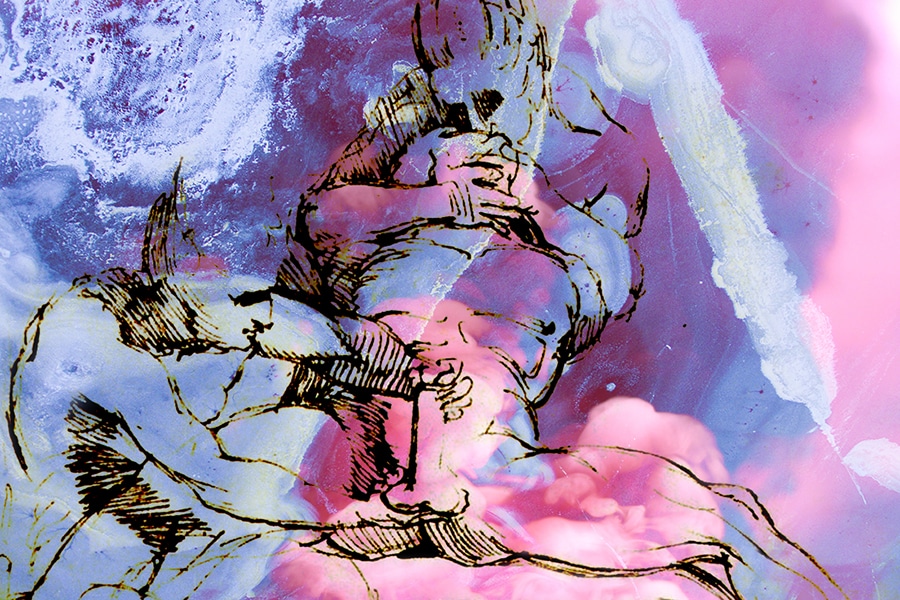 Why 2020 is the Year of Psychedelics and Threesomes

Threesomes may seem like a threat to monogamous partnership—if you haven't used psychedelics to uncover the open nature of love and the self.

If You Can’t Go Out, Go In: How Psychedelics Make Quarantine a Time of Self Renewal

The Covid-19 lockdown has given us time to explore our inner-worlds, and psychedelics are the perfect tool.