DoubleBlind Mag is devoted to fair, rigorous reporting by leading experts and journalists in the field of psychedelics. Read more about our editorial process and fact-checking here. Editorially reviewed by Madison Margolin.
Table of Contents
1 What is a DMT Experience Like?
2 How to Have a Meaningful DMT Experience
3 DMT Consumption Methods
3.1 Ayahuasca
3.2 Vaping and Smoking DMT
3.3 Changa
3.4 Microdosing
4 Therapeutic DMT Experiences

In the course of the so-called psychedelic renaissance, one of the most exciting substances to be receiving some newfound attention is DMT, or N,N-Dimethyltryptamine. DMT is perhaps best known as the main psychoactive compound found in ayahuasca, a ceremonial brew consumed among numerous South American tribes. A DMT experience is liable to be one you won’t soon forget. Many who set out to have a DMT experience count it among some of their most life-changing moments.

It isn’t all fun and games, however. The high intensity of having a DMT experience means there is room for things to go wrong. Feelings of anxiety and discomfort aren’t uncommon if you’re not properly prepared before you set out on your journey. But, by following a few best practices, you can do a lot to ensure you get the best DMT experience possible.

DMT is often referred to as the ‘Spirit Molecule’ due to the regularly spiritual nature of DMT-induced trips. Sometimes, a DMT experience can lead to loss of sense of self, a feeling of oneness with the surrounding world, and even ego death. Other people will find their DMT experience leaves them newly connected to their identities, bodies and relationships.

These deeply profound experiences are typically accompanied by some sort of hallucinations. This can take the form of fantastical shapes and colors, synesthesia, or a feeling of blending into a monochromatic horizon, among many other possibilities. And, with the proper dose and setting, your DMT experiences may transport you to another realm: a different world outside of our day-to-day reality.

What you will find in these realms will vary from person to person, but there is at least one common feature. People who enter these deepest forms of a DMT experience often report seeing elves, spirits, or other non-human entities.

Read: Machine Elves and a Journey Into The DMT Spirit World

When encountered, DMT entities communicate information to their observer. How they communicate, and what they’ll tell you is idiosyncratic, but most who have these kinds of DMT experiences tend to find them to be potently effective moments.

How to Have a Meaningful DMT Experience

There is perhaps nothing that will encourage a positive DMT experience more than ensuring proper set and setting. Set and setting are commonly discussed concepts in psychedelic communities and refer to the way both your internal state (set) and external environment (setting) shape your trips. Since a DMT experience tends to be intense, controlling the set and setting is key to preventing yourself from becoming anxious or overwhelmed.

Setting is perhaps the easier of the two factors to control. When embarking on a DMT experience, you should settle yourself down somewhere that you find both physically and emotionally comfortable. For many people, this will be their home, or the home of a close friend, or somewhere safe in nature.

You may also want to prepare your DMT setting with a few comfort items, like your favorite snacks, a gentle playlist, and perhaps a soothing scent. You may also want to have a trip sitter—a trusted friend who will keep you company and offer social support during your DMT experience.

Set can be a little more challenging to get right. While a DMT experience can help you get new perspectives on difficult emotional experiences, things can swing the other way too. If you want your DMT experience to be explicitly therapeutic, it’s best to do so with the help of a psychedelic-friendly therapist. A DMT experience tends to magnify your current emotional state, so being in good spirits, or setting a growth-geared intention, before setting off on your trip is key.

Ayahuasca is becoming more and more popular as a means of experiencing DMT. For the uninitiated, ayahuasca is a plant-based brew originating with the indigenous cultures of the Amazon. Ayahuasca has been used in shamanistic rituals by numerous South American cultures for over a thousand years. These ceremonies continue to be practiced today by the Amazonian peoples.

For many, participating in one of these ayahuasca ceremonies is the peak DMT experience. Trips often last four to six hours and have a reputation for setting people off on journeys of self-exploration, spiritual growth, and healing. And when the ayahuasca journey comes to an end, it’s not uncommon to experience an afterglow—periods of elation and serenity that can last for months after the psychedelic effects have worn off.

While you can brew your own ayahuasca at home, it’s not common, since the ceremonies surrounding its consumption are intended to help you get the most from the entheogenic brew. Not only will the ceremony facilitators ensure a proper setting for your DMT experience, but ayahuasca trips are particularly intense, and having someone knowledgeable around to coach you through it is recommended.

While the components of the ayahuasca brew elongate the effects of the DMT over several hours, the most straightforward way to experience DMT—extracted from plants, or synthetically produced—is to smoke or vaporize it. When consumed via smoking, your DMT experience is apt to burn hot and fast. You can expect your trip to last only around half an hour, peaking relatively quickly. Don’t let the short ride fool you though, smoking will still give you a profound DMT experience.

More recently, vaping DMT has gained in popularity. DMT can be added to e-liquid and consumed via many commercially available vape pens with no alterations. If you’re someone who already prefers vaping to combustion consumption methods, you may want to give it a try. DMT experiences via vaping are pretty similar to ones you would have if you smoked it instead.

Changa is perhaps one of the lesser known ways to experience DMT. Changa is a relatively new way to have DMT experiences, tracing its origins back only as far as the early 2000’s. While there is some debate in the community around what is “true” changa, in its most basic form, changa is a blend of smokable herbs that have been spiked with DMT. Typically though, changa contains at least one plant that reduces the rate at which the body metabolizes DMT.

Changa offers DMT experiences that are a little longer lasting than freebasing or vaping DMT, but it still isn’t anywhere near the kind of time commitment ayahuasca requires. The psychoactive effects of changa last for around fifteen minutes, at which point you return from your trip to a generally increased mood for half an hour or so.

Microdosing, if you’re not familiar, is the act of taking an amount of a psychoactive substance that is too small to yield any notable intoxication. Cannabis, LSD, and psilocybin mushrooms are all commonly microdosed. The reasons why people microdose can vary: Maybe they’re looking to open up their creativity a bit, or soothe their social anxiety. Either way, the aim is to get the desired effects without getting high. And you can microdose DMT as well.

While microdosing DMT doesn’t have the same afterglow potential as a full DMT experience, it still appears to have some soothing effects. A University of California Davis study from 2019 found that rats which had received ultra-low does of DMT were less susceptible to fear and depression-like behaviours than their counterparts in the control group.

Microdosing DMT isn’t difficult, but it will take a bit of careful planning. The idea is to take a very small amount of DMT every few days for as long as you want to continue to reap the benefits of doing so. While we already mentioned that taking just a small amount of DMT will prevent you from experiencing any intoxicating effects, figuring out exactly how much that “small amount” is can take time to figure out. As with any potentially intoxicating substance, start low and go slow is the rule.

We’ve mentioned briefly that DMT experiences can be deeply therapeutic. Ayahuasca ceremonies in particular have helped people overcome complex emotions like grief and mental health challenges such as eating disorders. Other people use their DMT experiences to fight chronic pain, and a Canadian startup has been exploring the use of DMT experiences in addiction treatment.

In fact, DMT is an endogenous substance, meaning it is naturally produced within the human body. While we’re not quite sure yet why our bodies make DMT, there is some suggestion that things like orgasms and the phenomenon of near-death experiences are a tiny DMT experience of their own.

Ketamine dosage ranges depending on your consumption method. From intravenous to intramuscular to k-spray and more, here’s everything you should know. 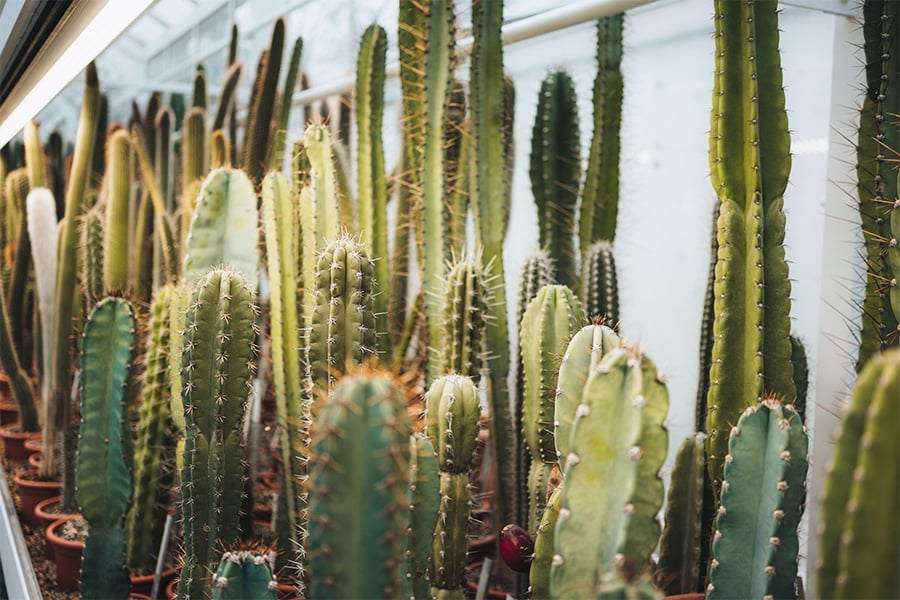 Keepers of the Matrix: A Beginner’s Guide to Understanding Sacred Cacti

Mushrooms are en vogue, but what about the droves of psychedelic cacti?