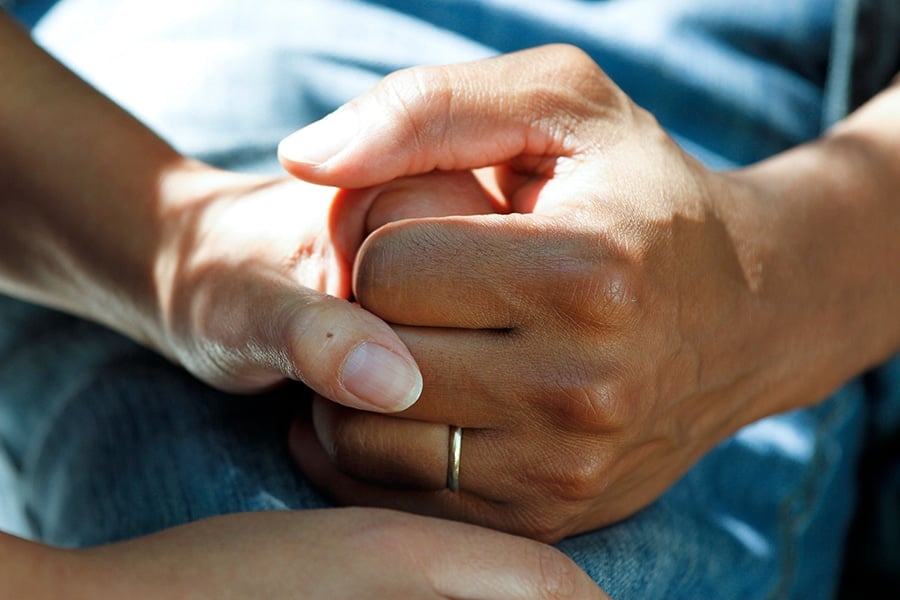 This Startup is Developing a DMT-Based Addiction Treatment

Does pharmaceuticalizing the DMT experience make it more accessible, or detract from the therapeutic value of ego death and mysticism?

DMT (N-dimethyltryptamine) is known to occasion among the most intense of psychedelic experiences: For some it offers a blastoff into another dimension, an opportunity to “meet God”—or aliens. It can be transformative, mystical, or scary, but the effects only last about half an hour. DMT is also present in ayahuasca, although in this case, the experience is elongated over a few hours. The space-and-time bending effects can be followed by profoundly positive changes for the experiencer. Seeking freedom from addiction, depression, or grief, many have flocked to Amazonian ayahuasca retreats in recent years to consult plant medicine and the curanderos and curanderas who keep it.

Timothy Ko, CEO of Entheon Biomedical, a Vancouver-based startup seeking to develop psilocybin- and DMT-based addiction treatments, tells DoubleBlind he had a transformative experience with DMT about five years ago that brought him out of a kind of depression that “felt like drowning.” Emerging with a renewed sense of meaning, he went on to create what he describes as a more reflective and integrated life. With psychedelics, he says, “there’s a re-wiring that takes place.”

Read: Are DMT Vape Pens Safe to Use?

Ko’s brother, who suffered from trauma and addiction—and fatally overdosed in 2019—didn’t have access to DMT. But soon, perhaps, more people with addiction and serious mental health challenges will benefit from psychedelic-assisted therapy. Entheon is working with a team of scientists, including three well-known psychedelic researchers—Matthew Johnson at Johns Hopkins, Robin-Carhart Harris at Imperial College London, and Christopher Timmerman, also at Imperial College—to develop, test, and gain approval from Health Canada for a therapeutically-focused, synthetic DMT that can be given in clinical settings for treating addiction.

The relationship between psychedelics and addiction is an ongoing area of investigation. For instance, institutions like the Center for Psychedelics and Consciousness Research at Johns Hopkins study psilocybin, the psychedelic compound in magic mushrooms, and its potential to help people with addiction, anxiety, and other conditions. A 2020 scholarly review shows that DMT may work through similar pathways as psilocybin—involving serotonin and glutamate receptors to curb addictive behaviors, while promoting qualities such as openness, empathy, and positive mood.

In the research and development process, Entheon is looking to smooth out some of the rougher edges of the ayahuasca or DMT experience with a slower, more controlled onset along with ways to taper or halt the trip if it becomes too uncomfortable for the patient. They may be able to accomplish this with continuous delivery technology for DMT—essentially, a way to deliver calibrated doses that can be managed according to the patient’s needs. The peak spiritual experience that some people report with ayahuasca or DMT isn’t the goal, according to Ko. “Ego death is a crazy, amazing thing—but it’s not necessarily the most therapeutic,” he says.

Entheon is looking to smooth out some of the rougher edges of the ayahuasca or DMT experience with a slower, more controlled onset along with ways to taper or halt the trip if it becomes too uncomfortable for the patient.

This is, however, a highly controversial statement in the psychedelic space. While many pharmaceutical companies entering the space have aimed to take the trip out of tripping, so to speak, many argue that the journey is the medicine, in and of itself—ego death, mysticism, challenging moments, and all.

Ego death is defined by a dampening of activity in the brain’s Default Mode Network, which is responsible for one’s sense of self. Though ego death can be terrifying and psychologically risky if you’re entering a psychedelic experience with poor set and setting, it can also increase treats like openness and empathy, leading to spiritual awakening, and feelings of “oneness,” which are often associated with what psychedelic scientists have dubbed the “mystical experience.” Indeed, scientists in clinical trials have found that the magnitude of the “mystical experience” often correlates with the patient’s healing.

So while much of the inquiry into psychedelics has revolved around the mystical or spiritual experience as a major contributing factor for healing, DMT researcher Rick Strassman previously told DoubleBlind that there may also be other mechanisms or pathways through which DMT helps people reorient themselves. “With similar preparation and supervision, as well as follow-up integration, other models [besides the “mystical experience” model] might benefit comparably from the nonspecific mental amplification produced by psychedelics,” he said. That could, theoretically, include a medicalized version of the experience when undertaken in a controlled setting with a therapist—the model Entheon is working toward.

A controlled version of the DMT experience could become a useful therapeutic tool with fewer barriers to use. But some will wonder what’s lost when naturally-occurring molecules are isolated or synthesized, and whether the spirit of the plant medicine remains.

An “entourage effect,” whereby psychoactive and non-psychoactive compounds in the plant work together to boost overall effectiveness, is hypothesized in both cannabis and shrooms—and may apply to ayahuasca, too. Traditional ayahuasca is a mix of two plants—one containing DMT, and the other featuring a MAO inhibitor similar to some antidepressants; the latter slows down the metabolization of DMT so the consumer can feel its effects longer, rather than a brief blastoff more characteristic of consuming DMT straight. Along with these two primary ingredients, numerous other compounds in ayahuasca may contribute to the overall effect in ways we don’t know about yet.

But Ko and Entheon aren’t trying to recreate the experience of an ayahuasca ceremony or a DMT trip. Instead, they’re developing a tool for controlled environments—a medicalized version of the cherished psychedelic that may prove more accessible to people of different ages from diverse cultural backgrounds.

“[Psychedelics] speak to the core nature of existence and your relationship with reality.”

Yet even while developing a medicalized version of the DMT experience, Ko speaks to the ineffable qualities of psychedelics. “The nature of these substances and these experiences is that they’re deeply profound,” he says. And that’s one reason psychedelics may be able to help reorient someone with addiction toward making healthier choices. “They speak to the core nature of existence and your relationship with reality,” he says.

Ko estimates it will be five to seven years before Entheon’s DMT-based therapy is available on the market and envisions a prescription-based clinical setting where DMT is given in the context of an ongoing therapy relationship. Essentially, this form of DMT could become another tool in a therapist’s toolbox—one that helps people with addiction get healthier while moderating the intensity of the psycho-spiritual journey.

If You Can’t Go Out, Go In: How Psychedelics Make Quarantine a Time of Self Renewal

The Covid-19 lockdown has given us time to explore our inner-worlds, and psychedelics are the perfect tool.

Can Psychedelics Make You Fall in Love Faster?

Psychedelics can speed up the process of falling in love—but does that love remain in tact after the trip is over?