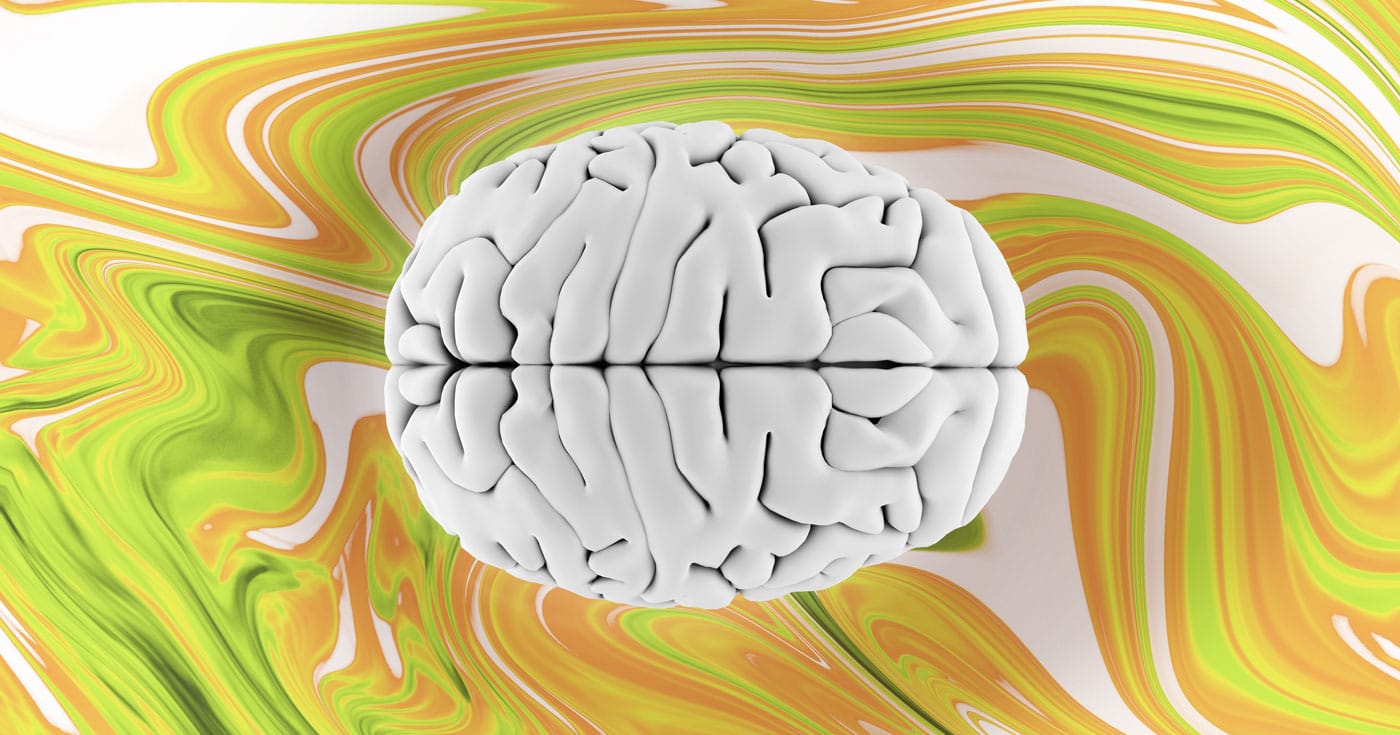 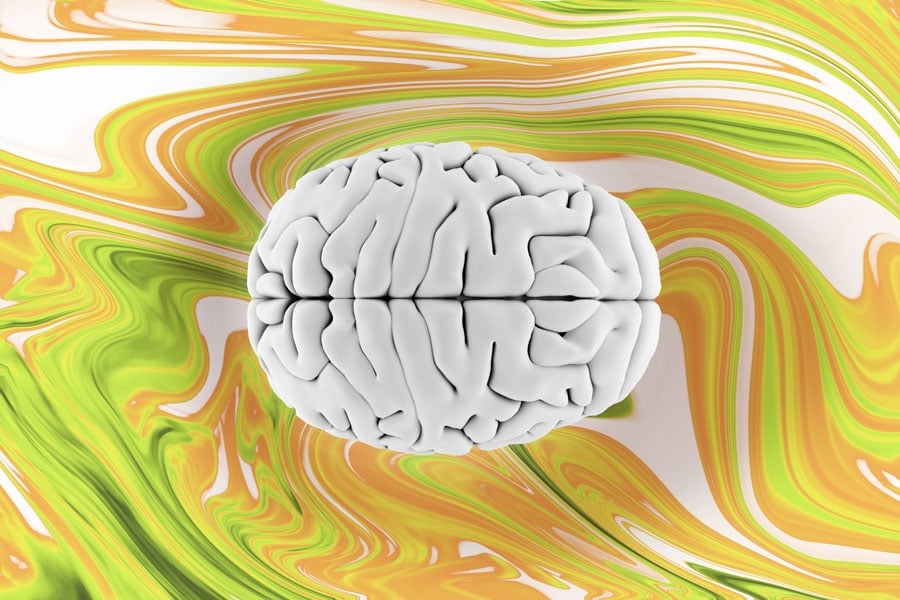 This Weird, Futuristic Helmet Will Let People Scan Their Brains While Tripping

Could brain imaging help us understand how psychedelics work?

For millions of people struggling with mental illness, psychedelic-assisted therapy could have an incredibly profound impact. However, the medical community is still working to discover how entheogens such as shrooms, LSD, and DMT actually affect the brain. For Canadian psychedelic life sciences company Cybin, the answers may lie in a helmet.

Cybin has entered into a partnership with Los Angeles-based neurotech company Kernel to leverage its breakthrough non-invasive wearable brain-imaging device—known as the Flow—for use in clinical trials. Cybin hopes to utilize the technology in the development of their psilocybin products meant to treat Major Depressive Disorder.

In layman’s terms, light pulses from over 1,000 sensors across the helmet bounce off the brain to detect changes in blood flow. This information could be crucial to the advancement of effective psychedelic therapies as it will truly allow researchers to map a trip as it happens.

“Access to Kernel’s innovative Flow technology adds another exciting dimension to the investigative work that Cybin is doing to develop breakthrough treatments for mental health disorders,” said Doug Drysdale, CEO of Cybin, in a press release.

“Currently, clinical investigators rely on limited subjective information from patients,” he continued. “The ability to collect quantitative data from our sponsored drug development programs is potentially game-changing in terms of our ability to measure where psychedelics work in the brain in real-time, and how we ultimately design our future therapeutics.”

In layman’s terms, light pulses from over 1,000 sensors across the helmet bounce off the brain to detect changes in blood flow. This information could be crucial to the advancement of effective psychedelic therapies.

The Flow helmet has already been used in a wide range of scientific studies covering topics from pain quantification to traumatic brain injury. Kernel founder and CEO Bryan Johnson, the tech guru behind Venmo, wanted his newest venture to continue to make an impactful change for generations to come.

“Cybin’s visionary approach to understanding and treating mental illness through psychedelic therapeutics opens a new frontier for addressing human health and wellness,” he stated in the release.

The team at Kernel has lofty goals of bringing Flow to consumer households by the 2030s. Psychonauts in the near future could engage in their own scans from the comfort of their homes, comparing and contrasting the effects of various types of entheogens in order to truly dial in their journeys. After all, individual brain chemistry—and dose—may vary, making this information valuable to people inside and outside scientific settings. In the meantime, the Flow helmet will only be used for research and development purposes.

For Cybin, it could be a major game-changer in their quest to be among the first providers of psychedelic therapies. The publicly-traded company, founded in 2020, aims to be at the forefront of “a complete transformation in mental health care.” Despite being relatively new, Cybin has hit the ground running; the company acquired fellow psychedelic biopharmaceutical firm, Adelia, not long after its inception.

Read: MDMA-Assisted Therapy is Less Effective if You Take Antidepressants

Psychedelic therapies are well on their way to becoming part of the mainstream, with the United States Food and Drug Administration (FDA) declaring psilocybin treatment to be “breakthrough therapy” in 2019 not once but two times, helping pave the way for trials in progress. An MDMA-assisted psychotherapy study received the same designation in 2017.

The race toward legal psychedelic treatments has biotechnology companies—and investors hungry for the next big thing—gearing up for what could be a multi-billion dollar industry within a few short years. But will space-age brain-scanning helmets be an obligatory part of your future trips? Time will only tell.

Rachelle Gordon is a freelance cannabis & psychedelics writer with a passion for plant medicine. She began her relationship with cannabis at age 15 in her native Wisconsin and activated as a full psychonaut two years later. After a stint as an au pair in The Netherlands, where she would spend many weekends exploring the coffeeshop and smart shop culture in Amsterdam, her love for entheogens solidified. Rachelle studied social justice and education at Hamline University in Saint Paul, Minnesota, and began her career in early childhood education. However, she discovered her true destiny as a writer in 2015 and has since been featured in several prominent industry publications including High Times, CannabisNow, and Cannabis & Tech Today, among others. When not sharing stories, Rachelle enjoys spending time with her dogs Fonzie and Puddy, building LEGO sets, and rocking out at karaoke. Connect with Rachelle on LinkedIn or follow her adventures on Instagram.
share Where to Buy Kava

This Pacific root has been used as an age-old way to relax.