How To Make LSD: The Process Explained

DoubleBlind Mag is devoted to fair, rigorous reporting by leading experts and journalists in the field of psychedelics. Read more about our editorial process and fact-checking here. Editorially reviewed by Madison Margolin.
Table of Contents
1 Who Made LSD?
2 When Was LSD Made Illegal?
3 How to Make Acid
3.1 How is LSD Made from Ergot
3.2 How LSD is Made From Morning Glory Seed

Some call it acid. Others call it mellow yellow. The verbose call it lysergic acid diethylamide (LSD). Unlike other entheogens like shrooms or peyote, LSD is lab-synthesized—although it’s difficult for the layperson to know exactly what goes on behind the scenes in clandestine LSD laboratories. Understandably, the legal status of LSD makes underground chemists less than transparent about their methods. But, if you’re wondering “how is LSD made, anyway?”, this humble guide offers a general picture.

Making LSD is a complex process that requires more than your average working knowledge of organic chemistry. The Swiss chemist Albert Hofmann first synthesized the compound in 1938, yet it took another five years before he discovered the LSD’s psychedelic effects. But even Hofmann could not predict the international fame that the new drug would acquire in the generations to come.

When Hofmann first synthesized LSD, creating a synthetic psychedelic was certainly not his intention. Instead, he was following in the footsteps of other pharmaceutical chemists, who were exploring the potential of the ergot fungus (Claviceps purpurea) in medicine. Ergot is a parasitic fungus with an unusual history. The fungus, which most frequently inhabits rye grain, is responsible for waves of fatal poisonings that affected thousands of people during the middle ages. But, as far back as the 1500s, it was also used as an important medicine in midwifery.

Hofmann’s employer, Sandoz, a pharmaceutical company that’s still operating today, wanted to isolate potentially beneficial compounds from ergot to market as pharmaceutical medicine. And, they did. From ergotamine, Sandoz was able to create the drug Gynergen, which they marketed as a treatment for hemorrhage during childbirth, as well as an aid for migraines. But, their research didn’t stop there.

In total, Hofmann synthesized 25 different chemical compounds from the chemical constituents that were naturally present in ergot before landing on an unexpected jackpot. Number 25 was lysergic acid diethylamide (LSD). Hofmann hypothesized that the compound was a circulatory and respiratory stimulant; a far cry from the entheogen that so many have come to revere today. It wasn’t until he accidentally dosed himself with the drug in 1943 did he realize that he had stumbled upon something with a far more unusual significance.

When Was LSD Made Illegal?

Up until 1968, it was legal for scientists to make LSD. The drug was even marketed under the brand name Delysid, which was used by therapists to help facilitate psychoanalysis. But, the tides took a sharp turn in the late 1960s, when the first major crackdown on psychedelic drugs began. In the early 1960s, Harvard University professors Timothy Leary and Richard Alpert (a.k.a. Ram Dass) ran a series of famous experiments with students, including undergrads. The effects of both LSD and psilocybin mushrooms were put to the test. But, the professors’ studies were heavily scrutinized by the scientific community; Leary and Alpert conducted the experiments while also tripping themselves and encouraging recreational use.

In 1963, both Leary and Alpert were fired from Harvard University. By 1966, Sandoz stopped producing and distributing LSD, due to growing concerns about the safety and the popularity of LSD as a recreational drug. But, that didn’t stop a media frenzy following the plight of Leary and the controversies surrounding LSD. Leary applauded acid for its safety and spiritual power. In a 1966 senate subcommittee hearing, he explained that LSD has the “eerie power to release ancient energies from the brain, I would say even sacred energies.” But, moral skeptics worried that Leary’s perspective on LSD would encourage young people to turn on, tune in, and “drop out.”

Leary’s work and activism came under fire again and again in the mid-1960s. By 1966, he was included in a series of senate hearings on the drug. Although Leary was adamant that LSD was safe and had value to mental and spiritual health, he was countered by Dr. Sidney Cohen, another prominent psychedelic researcher. In Cohen’s perspective, LSD was safe only when used in an appropriate medical setting and heavily discouraged recreational use.

In 1968, the US officially criminalized the production, possession, and distribution of LSD. By 1970, LSD was as listed as a schedule 1 drug—a substance with no medical value—by the Comprehensive Drug Abuse Prevention and Control Act. Thus, the War on Drugs began. LSD laboratories were forced underground.

How to Make Acid

LSD is a semi-synthetic drug; it’s made from both natural and human-made components through a complex series of chemical reactions. The process often starts with a natural chemical compound called ergotamine tartrate, which scientists derive from the ergot fungus. Ergotamine tartrate is a pharmaceutical drug that is sometimes prescribed for headaches, in conjunction with caffeine.

Underground chemists use ergotamine tartrate to create lysergic acid, and the latter makes up the chemical backbone of LSD. But, to make LSD properly requires further chemical reactions. The lysergic acid is treated with other chemicals and heat to rearrange its chemical structure. Eventually, after a series of reactions, LSD crystal is formed. This crystal can then be dissolved and added to blotter paper, sugar cubes, gelatin tablets, or another type of ingestible.

As a partially synthetic compound, LSD is not something that just anyone can make. While it is difficult to say for sure, most LSD in the United States—the world’s largest producer of LSD—comes from just a handful of clandestine laboratories. It requires a full suite of laboratory equipment, access to carefully regulated chemicals, and in-depth knowledge of organic chemistry. And starting up an LSD laboratory is not easy; multiple government agencies monitor the purchase of potentially harmful chemicals for health and safety reasons.

Many of the solvents used to synthesize LSD are carefully monitored, and for a good reason. Chemicals like chloroform and other solvents are carcinogenic and can cause damage when inhaled or touched to the skin. To legally purchase some of these chemicals in the United States, you need a license. You’ll need to declare what you intend to do with the chemicals; they need to be handled and stored safely, and, in some cases, you’ll need prior approval. Accessing these chemicals is not always the easiest of tasks for commercial laboratories, which are regularly audited to ensure safety.

Acquiring these materials is a burden for illicit LSD labs, which is why there are few suppliers in operation. From a chemistry perspective, LSD is much more complex to make than street drugs like methamphetamine, which is made using easily accessible chemicals.

Read: You Can Now Buy a Microdosing Kit Online

But, the laboratory is only one part of the equation. Before underground chemists can synthesize LSD, they need to have access to the starter materials: lots of ergotamine tartrate, ergot fungus, or, potentially, lots of morning glory seeds. (Although, some other plants can be used as well). Accessing a steady supply of either option is not the easiest of tasks. For this reason, commercial-scale LSD operations can be part cultivation, part biological extraction, and part organic chemistry—a complex supply chain, to say the least. These difficulties make home-scale LSD production rarer than other drugs, given the sheer amount of inputs involved.

That said, however, even commercial operations may be relatively “small.” A standard dose of LSD is about 100 micrograms, which means that a little goes a very long way. So, underground LSD producers need not manufacture a whole lot of the substance to have a big impact. Although, tricky supply chains and the illicit nature of these labs makes LSD production a risky and difficult day job.

How is LSD Made from Ergot

Technically, if you have the training and the tools, it’s possible to synthesize LSD from the ergot fungus itself. But, rumor has it, most chemists don’t start all the way from scratch. Rather, they most likely import illicit ergotamine tartrate from international sources. The ergot fungus itself is toxic to humans and animals. The most significant risk when working with ergot is accidental poisoning. Ergot poisoning is not the same as an LSD trip. Unlike LSD, the fungus can cause severe illness, convulsions, and, in the worst cases, gangrene.

When digested, some of the compounds in ergot break down into toxic chemicals that have the devastating impact of decreasing blood flow to the extremities. Ergotism—another name for ergot poisoning—was most prevalent during the Middle Ages, before science could determine, without a doubt, that contaminated grain was the culprit. The intense fevers, pain, and visible damage to arms and legs caused by the fungus warranted the nickname “holy fire” in medieval Europe.

Given ergot’s gruesome history, underground chemists that cultivate the fungus take on considerable risk. So, even in illicit labs that work with ergot, both the awareness of and adherence to proper safety lab safety protocols is a must. Ergot is not something that should be ingested, and especially not in high quantities.

How LSD is Made From Morning Glory Seed

The second oft-discussed way to make LSD is from morning glory seeds. But, while this method is theoretically possible, it’s not practical. Morning glory seeds contain lysergic acid amide (LSA), a compound related to good ol’ lysergic acid. LSA is a hallucinogen on its own, which is why morning glory seeds were such a hit in the 1960s. But, chemically converting LSA to LSD is a cumbersome and impractical process. It would also still require ample laboratory equipment and access to chemicals that are both hazardous and restricted.

Additionally, morning glory seeds come with their own set of hazards. Seeds legally produced and sold in the commercial market are treated with a pesticide coating to discourage recreational consumption. So, LSD producers are required to source untreated morning glory seeds, which is not always an easy task. However, morning glory plants are legal for anyone to grow in the United States.

Regardless of which psychedelic you take, sex on acid, shrooms and other psychedelics all benefit from one critical factor: set and setting. 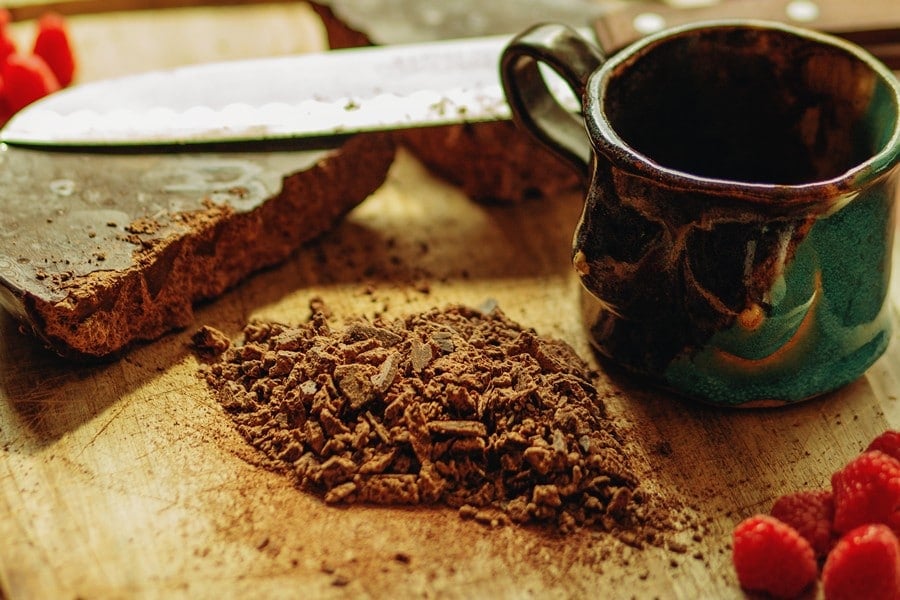