Unless you really know your ecstasy history, it can be quite astonishing to learn that a popular “rave” drug like MDMA, sometimes called “molly,” is potentially such a game-changer for mental health. In an analysis of 21 studies published last month, researchers in the European Journal of Psychotraumatology declared “MDMA-assisted therapy is a novel and promising new treatment for severe PTSD,” but noted that more research is needed due to a small number of patients so far.

The most common drugs prescribed for post-traumatic stress disorder aren’t always so great. Often they are repurposed antidepressants like Zoloft (sertraline) and Paxil (paroxetine), drugs known as SSRIs that target the serotonin receptors in the brain. Both medications come with a “black box warning,” which means they can increase the risk of suicide or death. In general, SSRIs can take weeks to fully kick in, if they do at all, and come with a gaggle of side effects like sexual dysfunction, trouble sleeping, and blurred vision.

SSRIs and related drugs aren’t all bad—many people receive great benefit from antidepressants. About 40 to 60 percent of people who take antidepressants experience some relief within six to eight weeks. But that leaves a lot of room for everyone else, which is why scientists are so interested in psychedelic drugs like psilocybin (the main psychoactive compound in shrooms), LSD, and MDMA. They want to find something that works faster and better, and a lot of clinical data suggests they could.

However, before psychedelic psychotherapy goes mainstream, doctors need to know more about how drugs like MDMA interact with SSRIs, since they are so commonly prescribed for the same conditions. So four psychedelic researchers looked at data from MAPS, the Multidisciplinary Association of Psychedelic Studies, which has been studying MDMA for more than three decades. The non-profit hopes to turn MDMA into an FDA-approved prescription drug in the next year or two as a treatment for trauma.

Read: Why Taking Psychedelics While on Antidepressants Could Make Treatment Ineffective

The researchers examined four phase 2 clinical trials with a total of 50 male and female patients, who were given MDMA to treat chronic PTSD— that is, symptoms lasting greater than six months. The four studies were conducted between 2010 to 2017—two in the United States, one in Canada and the other in Israel.

Because abruptly quitting their prescriptions could have caused serious problems, 16 of these patients were required to slowly taper off their medications. A few participants tapered off two or three drugs. The remaining 34 subjects were not taking meds that act on serotonin.

The researchers found that discontinuing drugs like SSRIs “reduced the positive outcomes of MDMA-assisted psychotherapy compared to participants who had not recently taken these medications.” Approximately two-thirds of participants who received MDMA therapy no longer met the diagnostic criteria for PTSD—they had essentially been “cured.”

Unless, however, they were taking antidepressants. For the tapering group, only 25 percent of participants no longer had PTSD after the experiment. Their data, which was published in the journal Psychopharmacology, suggests that giving patients a longer window to taper off certain antidepressants might improve responses to MDMA psychotherapy.

Approximately two-thirds of participants who received MDMA therapy no longer met the diagnostic criteria for PTSD—they had essentially been “cured.” Unless, however, they were taking antidepressants.

“Given the encouraging results of early trials of MDMA-assisted therapy for PTSD, and the estimated 8 million adults in the U.S. alone who suffer from the condition, there’s likely to be extraordinary demand for the treatment once it’s approved,” said Dr. Allison Feduccia, co-founder of Psychedelic Support, a directory for psychedelic therapy providers, groups & accredited education, in a press release. “Since it is a time-and-cost-intensive treatment, patients may have a limited number of chances to utilize MDMA-assisted therapy. Our goal in sharing this new data is to give PTSD patients the best possible chance at successful treatment with this promising new breakthrough therapy.”

Read: More Patients Could Have Access to MDMA Therapy—Before the FDA Approves It

The study used a small sample size, and patients were on several different types of medications before tapering, so there are limited conclusions we can draw about how previous use of antidepressants interacts with MDMA. It’s also possible the taper group simply had more severe or difficult-to-treat cases of PTSD. Nonetheless, this research sheds light on an important aspect of this emerging treatment, which will be better understood as more data on MDMA phase 3 clinical trials emerges.

“By determining specific factors, such as antidepressant tapering, that impact the treatment response rate of MDMA-assisted therapy, clinicians can choose approaches that maximize symptom improvements and reduce the chance that patients will require follow-up treatments,” Feduccia said. 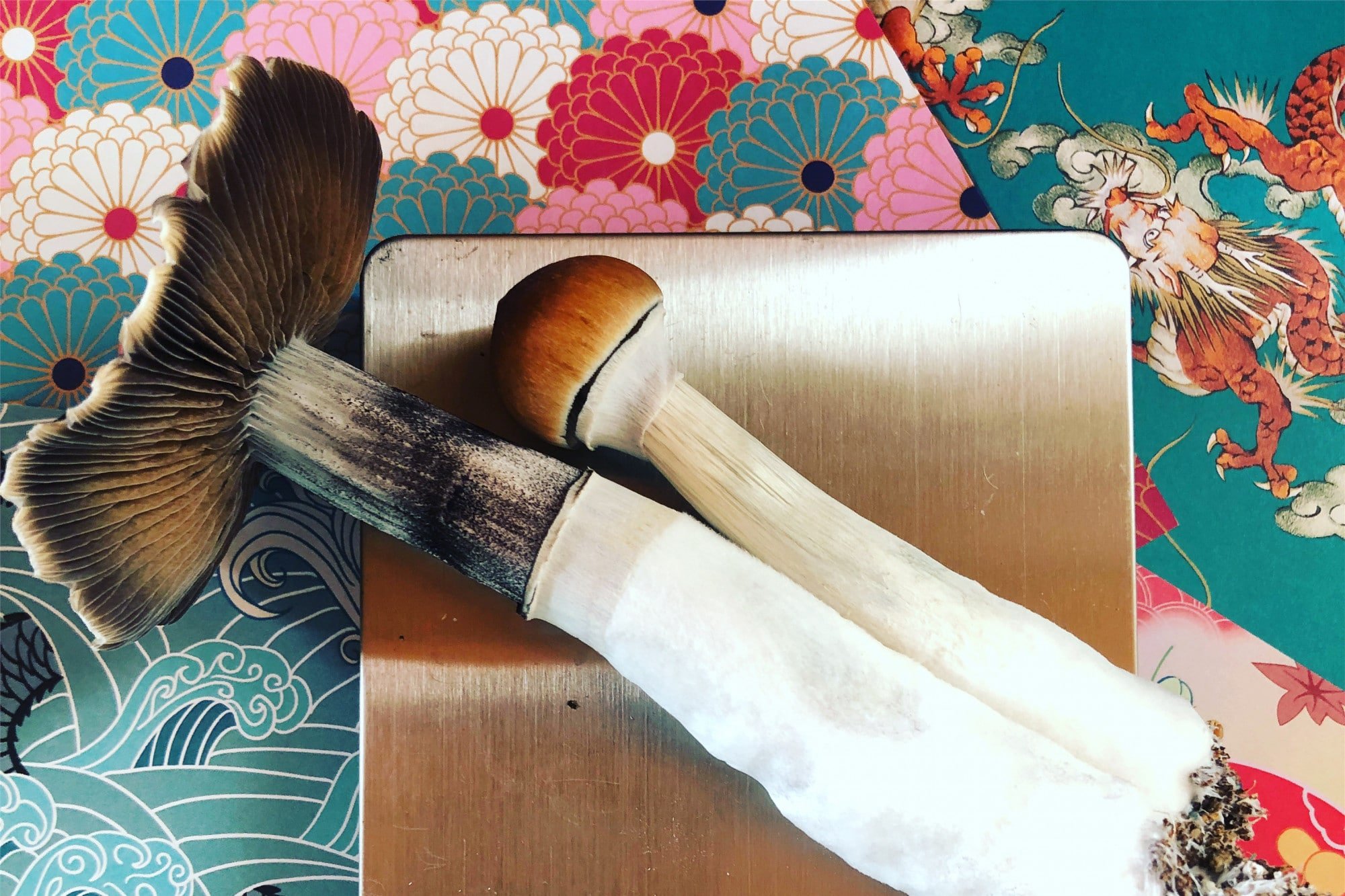 On Wednesday (Feb. 3), Cambridge joined the movement to decriminalize entheogenic plants and fungi. 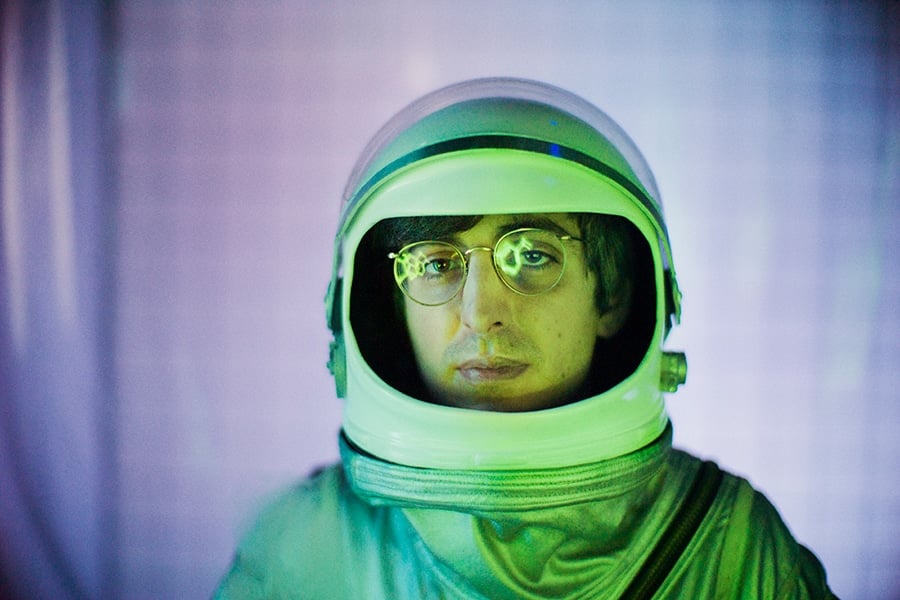 From Inhaling Xenon to Growing Iboga: Inside the 3rd Season of Hamilton’s Pharmacopeia

A Q&A with drug journalist Hamilton Morris on the Drug War, psychoactive drugs on the periodic table, and a burgeoning opioid prevalence in West Africa.