The MDMA Comedown: Why Coming Down From Molly Feels So Bad

The real cause of the "Blue Monday" crash—according to a psychiatrist.

DoubleBlind Mag is devoted to fair, rigorous reporting by leading experts and journalists in the field of psychedelics. Read more about our editorial process and fact-checking here.
Table of Contents
1 The MDMA Comedown
2 What Coming Down from Molly Feels Like
2.1 Avoiding an MDMA Comedown
2.2 Molly & Depression
2.3 Recovering from MDMA
3 What to Take After MDMA
3.1 5-HTP & Molly

What goes up must come down, and many people who take MDMA recreationally would swear that Newton’s third law holds true—the MDMA comedown is the subject of much lore. Molly, MDMA, or ecstasy is a synthetic drug that falls somewhere between psychedelic and stimulant, and it’s popularly used to fuel an evening of music, dancing, and bonding with the people around you.

But, as many report, these nights of heavenly euphoric ascension are sometimes followed by a strong gravitational slam back down to earth, leaving one feeling stuck in a crater of moodiness, fatigue, and other not-so-great feelings for a period afterward. These unpleasant after-effects of molly that occur as the drug wears off are collectively described as a “comedown.” Any effects that persist in the days after—such as low mood and fatigue—are typically called a “hangover.”

Not everyone who takes molly will experience a comedown or hangover, but it’s common to feel that you have dipped below your emotional, mental, or physical baseline at some point afterward. This is especially true if:

But what exactly causes MDMA comedowns, and can they be avoided?

Read: MDMA: What Is Molly?

MDMA and molly work their euphoric magic primarily by coercing serotonin release in the brain. Serotonin is a neurotransmitter that helps regulate mood and feelings of wellbeing, so it’s no wonder that busting open the dam of this feel-good chemical makes us feel so blissful and connected.

By the same token, it’s widely believed that spilling all that serotonin so suddenly means that your brain will be temporarily out-of-stock of this important chemical once the euphoric effects wear off.

“There’s this belief that [an MDMA comedown] has something to do with serotonin depletion,” Sessa told DoubleBlind. “But in 15 years of MDMA clinical research, it’s noticed that people don’t get this acute comedown, and don’t get this two- to three-day mood drop later.”

Participants in Sessa’s research took a 125-milligram dose of pure MDMA during the day in a comfortable therapy environment, with bookends of good sleep before and after. Tracking mood, sleep, and cravings for illicit MDMA for a week after each MDMA session, Sessa and his team found no evidence of a comedown or hangover among the 14 participants included in the study—preliminary data that contradicts the hypothesis that MDMA itself causes these brain-drain comedowns.

“It’s undeniable that there is this phenomenon of comedowns,” Sessa said. “It begs the question, what is going on with ecstasy? The answer is pretty obvious. Look at the way people take ecstasy.”

Sessa paints a picture of what a night of ecstasy looks like in the UK where he lives: a few pints at the pub, a pill at the club, followed by more alcohol, other substances like cannabis or cocaine, re-dosing ecstasy, and an afterparty that ends around sunrise. Throw in the physical exertion of dancing for hours and it’s safe to say your body will feel pretty worn out.

This picture doesn’t resonate with every person using MDMA recreationally, but Sessa suggests there are enough people using it in this way for it to gain a reputation.

From this perspective, a molly comedown could be chalked up to impurities, physical exertion, combining other drugs, poor nutrition, and—most importantly, Sessa says—a lack of sleep.

Read: How MDMA Made Me A Better Parent

Although the clinical use of pure MDMA is not associated with comedowns and hangovers, these are sometimes realities of recreational use. About four hours after dosing, you may begin to feel the comedown of molly or MDMA. Some commonly reported feelings and symptoms include:

The after-effects of MDMA aren’t always negative. To reiterate, clinical trials including MAPS-sponsored clinical trials of MDMA for PTSD find that adverse reactions to the drug are actually quite rare under carefully designed safety protocols. An “afterglow,” or positive feelings following the experience, is possible in both clinical and real-world settings—you just have to know which factors make for an enjoyable experience and aftermath.

There are a few explanations for why some people feel better than others after taking MDMA. While individual differences in biology or psychology may account for some of the differences, making responsible decisions around MDMA use plays a big part.

Recalling Sessa’s advice, there may be a pathway to reducing harms after ecstasy:

Sessa also cautions the need for mindful dosage, articulating that 120 milligrams and under amounts to an initial dose. “If you push up to 150 milligrams or so, you flood all your 5HT1A and 1B receptors, which are the receptors that give you the pleasurable euphoric experience,” he said. “Once they’re flooded, all you’re triggering thereafter are the dopamine and norepinephrine receptors which give you a wired stimulant effect. It’s a waste of MDMA.”

Additionally, Sessa cautions never to re-dose with more than half the previous dose, adding that waiting two hours between may be beneficial. But it’s important to acknowledge that recreational ecstasy is very rarely pure, so taking larger or frequent doses of molly puts consumers at greater risk of harm from adulterants, pre-existing health conditions, and interactions with other substances or medications.

Feeling like garbage for a day or two is always a risk with molly or MDMA. As Sessa described, “People call [this] ‘Blue Mondays,’ ‘Black Tuesday,’ or ‘Suicide Wednesday’ where about two to three days later, you get hit with this low [mood].”

These terms are a tip of the hat to late-night party culture—it’s not an uncommon pattern for consumers to take ecstasy on a Saturday, leaving the full gravity of the hangover for the days ahead. Again, whether or not a night with molly produces a delayed hangover will likely have more to do with the purity of the MDMA, the use of other drugs, and a person’s overall health and sleep quality before and after use. For those that do experience a hangover, Eroid reports that of the anticipated effects include:

While it’s normal to experience physical and emotional disruptions after taking MDMA, it’s imperative to seek professional or peer support if concerns arise.

Among the most prominent health concerns relating to the recreational use of molly and MDMA is depression. Describing a host of mood- and energy-related symptoms ranging in severity and duration, depression is a complex experience with neurobiological underpinnings that are not well understood. The “serotonin hypothesis” dating back to the 1960s theorized that depression is caused by insufficient serotonin activity in the brain. To witness the cultural strength of this hypothesis, look no further than the multibillion-dollar industry of serotonin-targeting antidepressant medications.

If MDMA influences serotonin activity, it’s easy to see how a worrisome link between depression and MDMA use could be drawn. But there’s a lot to unpack in this connection.

First, as Sessa’s study indicates, clinical use of pure MDMA is not associated with depression, suicidality, or worsened mood. While this points to holes in the theory that MDMA itself depletes serotonin and causes depression, that doesn’t mean that recreational ecstasy use is without risk. “We can’t make inferences about clinical MDMA based on recreational MDMA users, because there are so many confounding factors,” Sessa said. For the same reason, the safety profile demonstrated by clinical MDMA use does not reflect that of recreational ecstasy use.

Second, the research link between depression and recreational ecstasy use is messy. Studies investigating the association between ecstasy and depression face methodological barriers such as confounding polydrug use, self-report designs, and causality limitations. It’s difficult to account for all possible contributors to depression and isolate recreational MDMA’s role in the development of affective disorders. And, as one Dutch study demonstrated, people who are already susceptible to depression are more likely to take or self-medicate with MDMA.

Third, even if the serotonin depletion hypothesis of MDMA comedowns held water, depression appears to be more complicated than serotonin activity. To say that ecstasy causes depression by interrupting normal serotonin activity would mean taking leaps over other potential biological and environmental contributors to depression.

If you are experiencing a molly comedown or hangover, it is important to prioritize your health and wellbeing. As you recover in the hours and days following an MDMA experience, consider what you need to feel supported:

Additional support: Sometimes, we need more support than Netflix and comfy blankets can provide. If you need to talk to someone about your recent MDMA experience, you can speak to a psychedelic peer support specialist at the Fireside Project. Reaching out to a crisis line or a licensed mental health therapist is also an option, especially if the difficulties you experience are severe and prolonged.

What to Take After MDMA

The internet is full of advice, advertisements, and guides to using vitamin supplements and antioxidants to prevent, mediate, and treat the unpleasant side effects of molly. Erowid and RollSafe, for example, provide in-depth information on common supplementation practices. As many guides will preface, these suggestions are largely curated based on anecdotal experience and theory.

Asking Sessa to weigh in on the efficacy of any of these supplement practices, including 5-HTP, his response is matter-of-fact: “There’s no prospective data on this. No one’s ever done a study on different doses or timing of 5-HTP. Is it real, does it work? There’s only anecdotal data.”

Supplement regimens intended for post-MDMA use have not been scientifically tested on humans, so the safety and efficacy of supplementation combinations cannot be stated with certainty.

The most popular recovery supplement associated with MDMA is 5-HTP (5-hydroxytryptophan), an amino acid chemical precursor of serotonin. Believed to boost serotonin levels in the brain, 5-HTP naturally found its place in the recovery regimen of those bouncing back from ecstasy. Given the shakiness of the serotonin depletion hypothesis of MDMA comedowns, the real physiological benefits of 5-HTP are not clear.

Once again, no human studies have been conducted to develop clear guidelines on the safety and efficacy of 5-HTP after using MDMA.

A final word on intentionality and reflection, as stated by DanceSafe: “5-HTP is not a substitute for moderation. If you find yourself taking 5-HTP in order to enjoy MDMA more often, consider slowing down.”

Having recovery resources can certainly help you survive the sometimes-grueling descent from MDMA’s peak, but it’s important to still listen to what your body is telling you, whether it’s tired, sick, lonely, or depleted. These are important signals to slow down, take care, and savor connections and experiences in the present moment.

This article contains references to mental health crises. If you relate to feeling suicidal or are having thoughts of suicide, please contact the National Suicide Prevention Lifeline at 1-800-273-8255 or contact your local emergency services if you are outside of the United States.

*This article has not been reviewed by a medical professional. It is intended for educational and harm reduction purposes and is not intended to promote illicit activity. This information should not replace medical advice or treatment. 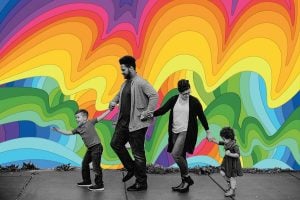