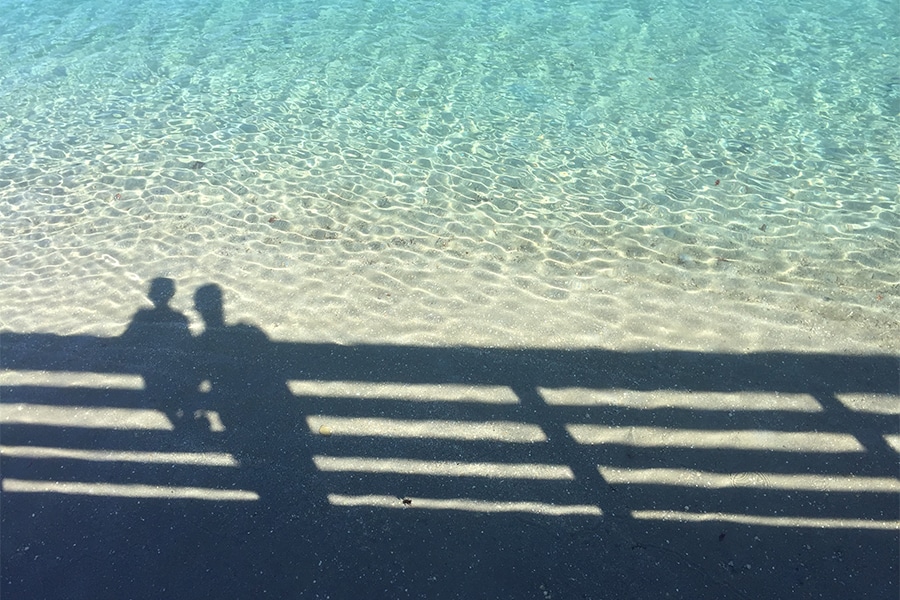 If you would have told the child me who spent every Sunday in an evangelical church praying for salvation that she would grow up to be a mom taking MDMA—that girl, conditioned to fear everything—would have never believed you. When I was five or six, I was told the story of Adam and Eve in the Garden of Eden. I recall with visceral effect my inner child squirming and wincing as the story unfolded—starting first with a woman made from the body of a man, then placed in a beautiful, lush garden to be in his service. Inside the garden, a serpent slithered around the branches of the trees. He was with the man and woman, watching them, studying their behaviors.

After some time, the serpent zeroed his focus in on the woman while the man was hunting for food. He lured the woman by tempting her with succulent fruits. The woman had been told to avoid the fruit, to enjoy only certain things and leave the rest behind, for some of the fruits, despite looking appealing and tasting delicious, could have lasting negative effects. But the woman couldn’t contain her curiosity, and the serpent was good at manipulation. He assured her it would be fine, no permanent damage done, and so the woman tried a bite.

I remember relating to her feelings of curiosity. I could almost taste the explosion of flavor when she bit into the apple and my little mouth watered.

Read: Consent is Psychedelic, Here’s Why

The woman knew she was being tested, but she couldn’t resist. Momentary satisfaction gave way to immediate regret. In the end, it seemed she lost everything for this fleeting experience and taste of sweetness. She and her beloved became burdened and eventually were banished from Eden.

“But why would there be such delicious fruit if she can’t even enjoy it?” I asked.

“You’re missing the point of the story,” my Sunday school teacher snipped with frustration.

In the absence of a cohesive explanation, the five-year-old girl filled in the gaps. This was the moral of the story as I internalized it: Eve was weak. She was punished for this weakness. She lacked self-control over her body and her mind. She lost love and safety because of this lack of control. She succumbed to the serpent and became a kind of prisoner as a result. Eve could not trust her instincts or herself. She was a problem and a disruptor. Because of this, she was sentenced to pay a price for her weakness and disobedience.

This price was paid in blood and pain each month and would culminate in the ultimate suffering of giving birth, should she decide someday to become a mother. That journey of bringing her baby into the world would be agonizing, and that would be her own fault. If only she’d had self-control, her life could have been very different.

This was the story told to me of my own inherent, tragic flaws. This is the story that set a trajectory of thirty years of relentless and self-deprecating attempts at controlling my body and my mind.

It is a wonder given this backdrop that I ever wanted to become a mother. It wasn’t always the case, but over time the curiosity about what that journey might be like consumed me—perhaps the way Eve’s curiosity consumed her. The restless lure for what could be possible, the longing to know the depths of that kind of love. Perhaps the little girl in me who went straight from baby into severity wanted an opportunity to do it over again, a childhood by proxy.

Only not unlike the fate of Eve in the garden, once I became pregnant, I felt immediately tormented and terrified. My body raged with hormones out of control. Fear engulfed me. If I could not even control myself—how would I possibly control another?

MDMA made me a better mother than I ever could have been otherwise primarily because it helped me know mothering has absolutely nothing to do with control. But, rather, everything to do with unconditional love.

You see, there is a tiny, yet significant part of the brain called the amygdala. The amygdala manages our response to fear-evoking stimuli. When that terrifying story of Eve was presented to me as a child, the amygdala inside my still-developing brain recoiled in fear and got stuck. It pulled like a tortoise in a shell and made an unconscious yet convicted choice to remain retracted where things felt safe. I stayed like this comfortably and uncomfortably in a state of alert for decades until my children were born, emerging like catalysts, demanding my expansion.

I tried MDMA once in college at the very beginning of a long process of deconstructing all the dogmatic brainwashing that consumed my thoughts. That experience, while isolated, created a profound footnote in my mind. It was the first time in twenty years of living that I remember feeling truly worthy of love. Something so simple, fundamental, yet entirely novel.

Perhaps it was that footnote lodged in the recesses of my mind that beckoned when I found myself deep in the vortex of a postpartum breakdown. Never had I needed to be more solid and stable. Never had I felt so utterly untethered. In the wee hours of the morning, awake with my baby, I found an article about the success of clinical trials using MDMA with people suffering from PTSD. Every cell inside my body lit up with possibility and hope. Perhaps this was the way I could resuscitate myself and protect my baby from all the shame that consumed me. I was terrified to take that step, to break all the rules governing my reality. But I was more terrified not to—at what cost would my compliance come for my child?

When the MDMA peeled back the layers, I saw that young girl version of me in a new light. I felt her feelings as my own but also with a different kind of healthy detachment that had not been accessible before. I saw her terror, but also felt her strength. Confused and on guard. She appeared as if sitting in a bunker underground.

Strapped to her shoulders was a tiny little backpack, and inside the backpack was a robust alarm system. That alarm system went off any time she experienced strong feelings of curiosity or desire. In other words, it went off a lot, as curiosity and desire are the primary emotions and experiences which govern the landscape of childhood.

In her little body and brain, this alarm system sent an electric shock whenever she felt anything deemed inappropriate, which was basically everything. After time, all those shocks left her partially numb while also aching with a dull, consistent physical pain.

Now, I affectionately call her my “Alarm Girl.” We are becoming friends. Following her lead, I’m remembering how to be curious and wild and free. She still carries her backpack just in case, but she’s not frozen or hiding in a bunker anymore.

She used to be scared that she didn’t know how to play, which meant I was scared I might disappoint my sons with my intensity, with all that fear bottled up inside me. But my sons have helped all of me remember play is innate to being human. There is no wrong way to play. Only the absence of play is wrong.

Read: MDMA: What Is Molly?

So, when I tell you MDMA helped me be a better mom, this is a little window into how and what I mean, a little pathway into the world of neuroplasticity and changing the brain. Scientists talk about it in big, fancy terms and words. For me, it was actually quite simple and far less scary and painful than everything else I’d done before.

Heaven forbid, we break the rules. Especially as mothers.

Before the medicine work, I parented from an intellectual place, as my heart was almost entirely contained by my amygdala. I pushed myself to be perfect for my children. The intent was pure. The execution is where things got tricky. The amygdala, this tiny, yet robust mechanism in my brain that worked so hard all my childhood to keep me insulated from pain, simply had no capacity to step out of the past and into the present. This is the great strength and challenge of the amygdala. It is a mighty warrior with no concept of time. Once the trauma levers are activated, they remain that way even when the danger is passed. It requires an equally mighty intervention to reset the system. MDMA was that perfectly mighty intervention for me, the great pause on the panic, creating enough space to reset myself in present time, to differentiate my core self from the things that happened to me.

Sometimes, even still, I catch myself out on that ledge of relentless striving. But these days, when that happens, I’m able to access another part of myself MDMA helped me to discover: the “Good Enough” part, the no more saying I’m sorry part, the healed and healing part.

MDMA reminded me I was worthy of love not by earning it, but simply by being. She gave permission to let the real, vulnerable, messy parts come forward. She encouraged me to break rules with intention and integrity. To stand in my truth and my agency.

These medicines and this path to healing are not about checking out or escaping reality. It’s all about arriving, arriving in a new, more enlightened space where we can actually model what it means to truly repair. To have wonderful, constructive conflict and keep our hearts open.

My “Good Enough” part reminds me what my kids and my own inner child need most is my attention, my affection, my broken self disassembled and reassembled again and again, an artifact of resilience, marvel and hope. A solid, imperfect being they can hold onto. 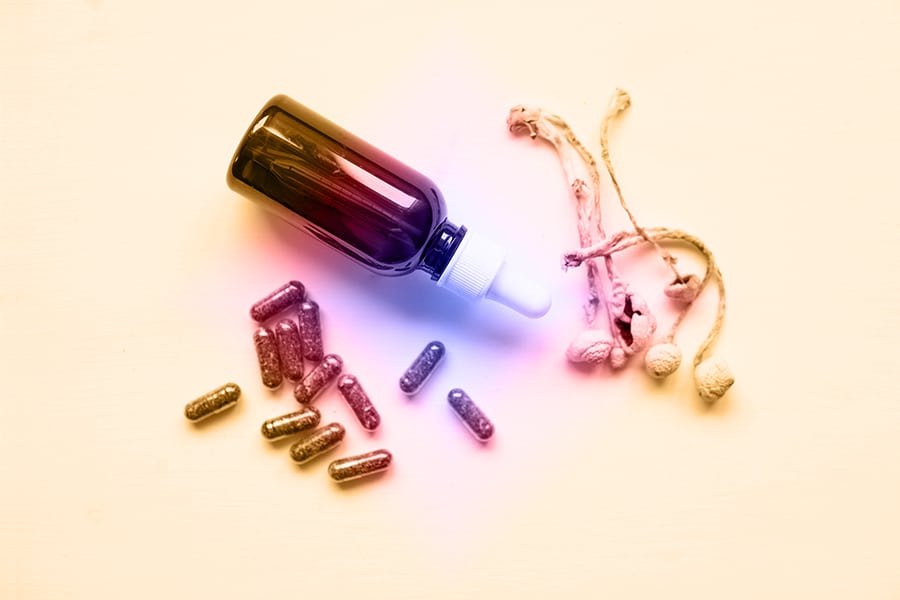 How to Start Microdosing Psychedelics

We asked the experts for tips on how to start microdosing—and what you really should know before you begin.