Where are All the Queer People?

The mental health field has historically neglected the LGBTQI+ community. Psychedelic research has been no exception—until now.

Gregory Wells has been out of the closet since he was 16, but the process of coming out, he says, is never really over. Last year, he was reminded of that at Horizons, the largest and longest-running conference in the psychedelic world. After one of the presentations, in a room of more than 1000 people, an attendee stood up and asked a simple question: “Where are all the queer people?”

“I’m right here,” Wells thought. As a gay man in the psychedelic field, he’d never tried to hide his sexual identity, but he hadn’t been vocal about it either.

An investigator looking at MDMA for PTSD and the co-founder of a ketamine clinic, Wells has long wondered how psychedelics might be used to treat the distinct mental health stressors faced by members of the queer community. By virtue of where he works—his MDMA site and clinic are located in San Francisco’s historic Castro District—he’s had a unique chance to work with members of this community. But—with the exception of one small, open-label study giving psilocybin to gay men with HIV—there have yet to be any clinical trials administering psychedelics for the disproportionate rates of depression, suicidality, eating disorders, and other mental health conditions among LGBTQI+ individuals. In fact, there hasn’t been much discussion about it all.

“There’s a longstanding history in almost all psychological, psychiatric research of heteronormative bias among the researchers, among the funding bodies, among the sort of leaders in theory,” Alexander Belser, a clinical research fellow at Yale University, tells DB. “This has informed the sort of structural oppression of LGBTQI+ people, and unfortunately the psychedelic community also inherits much of that.”

According to the National Alliance on Mental Illness, the largest grassroots mental health organization in the U.S., sexual and gender minorities are three times more likely to experience a mental health condition such as major depression or generalized anxiety disorder. They’re also significantly more likely to struggle with their relationship to substances. Twenty to thirty percent of LGBTQI+ individuals overuse alcohol, tobacco and/or drugs relative to nine percent of the general population. Suicide is also the second leading cause of death among LGBTQI+ youth, ages 10 to 24.

Psychedelics have shown promise for a number of the mental health conditions prevalent in the queer community. Last year, the FDA placed psilocybin—one of the psychoactive ingredients in psychedelic mushrooms—on the fast-track to being approved for treatment-resistant depression. The FDA also gave MDMA—which is not a classic psychedelic, but often grouped with them—what’s called “breakthrough therapy status” for post-traumatic stress disorder. It’s slated to be legal for prescription by 2021.

Psychedelics have shown promise for a number of the mental health conditions prevalent in the queer community.

Modern psychedelic research, however, does not ask about the sexual and gender identity of subjects. Chris Stauffer, assistant professor of psychiatry at the University of California, San Francisco, says we can’t assume that because psychedelics show promise in the general population that they’ll work among LGBTQI+ people whose psychological states have distinct causes, such as isolation, shame, and stigma. And even if these trials were asking about sexual and gender identity, they may not be a good measure of whether psychedelics can treat the queer community, as many of them were designed by researchers unaware of the community’s needs.

A prime example is the therapy team that typically watches over subjects in psychedelic trials. Traditionally, it’s been required that this team consists of two therapists: a woman and a man. This, says Belser, legitimizes the “unhelpful, essentializing understanding of gender that the male person is masculine and the female person is feminine,” while denying multiplicity of gender. In general, Belser and Stauffer agree, there’s also a need for more queer therapists doing psychedelic work.

In the last couple of years, there’s been a growing conversation in the psychedelic community about how to diversify the field. Just last year, the first-ever trial giving MDMA to people of color with PTSD began at the University of Connecticut. (It’s slated to reopen at another site this year.) The Multidisciplinary Association of Psychedelic Studies (MAPS) also recently received a grant from Open Society Foundation, a grant-making network founded by business magnate George Soros, to do a training specifically for therapists of color.

There have yet to be similar steps taken for queer therapists and patients. Psychedelic researchers interested in the LGBTQI+ population are hopeful, however, that efforts are on the horizon to change that.

The recent trial at the University of California, San Francisco giving psilocybin to gay men with HIV serves as a template for how psychedelic research might be done in the LGBTQI+ community at-large. The trial, which enrolled three groups of men in 2018, is looking to start enrolling cisgender and transgender women with HIV this year.

All that said, psychedelic researchers with a special interest in serving LGBTQI+ individuals agree: The field has a long way to go in addressing the needs of the queer community. Bia Labate, founder of the Chacruna Institute of Psychedelic Plant Medicines, says that’s largely because the psychedelic field has mirrored the mental health field at-large, which is only now just beginning to think seriously about how minorities deal with distinct sets of issues that come with distinct risks.

Psychedelic researchers with a special interest in serving LGBTQI+ individuals agree: The field has a long way to go in addressing the needs of the queer community.

“If you don’t make special efforts, you just end up reproducing the state of affairs in society-at-large,” Labate tells DB.

That’s why Labate is at the forefront of making special efforts to foster conversations about how to diversify the psychedelic field. Chacruna, an organization she founded to fuel cultural and political reflections on psychedelic science, was behind the first-ever conference highlighting queer visionaries in the psychedelic space this past June. The conference, called Queering Psychedelics, wasn’t designed to draw attention to a field that already exists, says Labate, but, rather, to create a field that doesn’t exist yet.

The seed for the conference was planted at Horizons last year. Labate was with Gregory Wells when that attendee stood up and so poignantly asked: “where are all the queer people?”

At the time, the answer was simple: Let’s find them.

Created in partnership with the Queering Psychedelics conference, presented by the Chacruna Institute for Psychedelic Plant Medicines 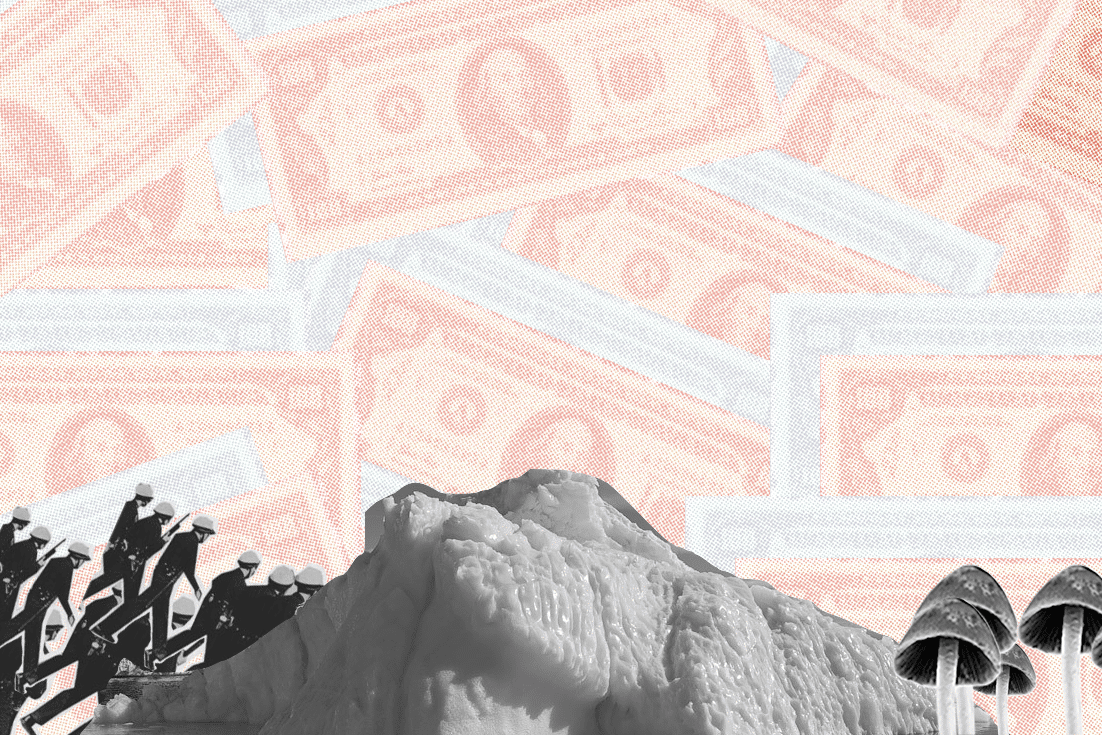 How the Psychedelic Community Can (Actually) Create a Better World

It's time to move beyond the personal healing narrative