But does it work?

Psilocybin has been fast-tracked by the FDA to become a prescription medication in psychedelic-assisted therapy for depression, but now we’re seeing investors line up to support a new indication for the synthetic compound that’s been made famous—in its organic form—by magic mushrooms. Indeed, there is now a patent pending for psilocybin—the psychoactive component in shrooms—to be used as a weight loss supplement.

“I think, ultimately, we all believe that patents and science and clinical results will drive the value of companies and efforts to bring this [kind of therapy] forward,” says Jeff Smith, chairman of the board at NeonMind Biosciences, the company looking to develop psilocybin microdoses for weight loss.

Patents are often used by companies to show investors they have the exclusive rights to the product they’re investing in—at least until the patent runs out. When it comes to naturally occurring plants or fungi, however, the patent process becomes a lot more complicated and patent approval is increasingly up to the interpretation of the United States Patent and TradeMark Office.

Psilocybin mushrooms, for example, cannot be patented because they are naturally occurring fungi, but specific uses or methods of extracting psilocybin could be considered unique enough to qualify for a patent.

In December, NeonMind applied for a patent to use psilocybin and psilocin (another compound found in psychedelic mushrooms) for the purpose of overall weight loss by reducing food cravings, curbing impulsive eating, and increasing metabolism, among other indications and in combination with choosing less caloric foods. It’s not a broad monopoly on psychedelic mushrooms of any kind, but the rights to their own method of extracting the active ingredients from the mushrooms as well as their use to regulate weight and treat obesity related illnesses like diabetes.

As far as clinical trials go, the weight loss benefits of psilocybin have not been fully explored. The value of any patent and future products also depends on the success of lab-extracted psilocybin and psilocin used in FDA trials, since they are still highly restricted substances. But there’s no doubt NeonMind is prepared for day one of a legal market for mushrooms as they currently hold the rights to more than 120 unique formulas for beverages and infused foods, including coffee that has been infused with a variety of mushrooms containing psilocybin and psilocin.

NeonMind, formerly known as Flourish Mushroom Labs, is part of The Yield Growth Corp, based in British Columbia, Canada. Born out of the legal cannabis movement, Yield Growth have now set their sights on psychedelic therapy and have created a chain of subsidiaries focused on bringing their products into the mainstream. Earlier this year, NeonMind also acquired 18 percent of Translational Life Sciences, a start-up which develops exclusive formulations of restricted substances and carries out clinical trials.

While they are the only company to seek a patent for psilocybin and psilocin for weight loss, NeonMind is just one part of a larger trend among companies looking to enter the psychedelic space with exclusive access to specific treatments. Most notable, perhaps, has been the patent recently granted to Compass Pathways for the use of psilocybin to treat depression.

“There’s a consumer shift to more natural, better approaches that are based on science,” says Smith, pointing out an increasing trend of patients seeking holistic alternatives to the once-daily pill. As the former chairman of the board at Johnson & Johnson, Smith says he’s even seen big pharma attempt to make the same shift with J&J focused on bringing Spravato, or esketamine (a form of ketamine), into the marketplace for depression. Smith also notes that his move away from one of the largest pharmaceutical companies in the world and into psychedelics was not a quick decision having been particularly inspired by the way in which ketamine helped to treat his brother.

Of course, as Smith left Johnson & Johnson in May of 2019, the company had been dealing with lawsuits for everything from cancer allegedly caused by their talcum powder to the companies role in distributing opioids that contributed to the current crisis. For his part, Smith has shown support for changing the way in which his industry works as early as 2015, arguing for stricter regulations over companies that produce a massive amount of consumer products like J&J. 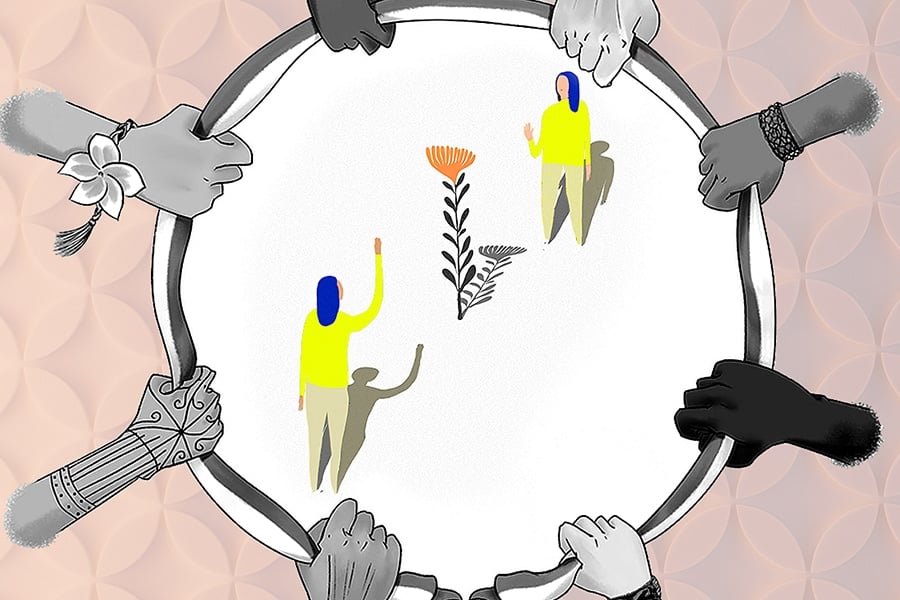 Were There Psychoactive Plants in the Bible?

Psychoactive plants in the Bible may seem few and far between, but the Holy text is ripe with botanical medicines, ceremonial incense, and purifying extracts.