Lucid Dreaming 101: What It Is and How to Go About It

Lucid dreaming is an ancient spiritual practice that comes with added health benefits. Here's how you can learn to lucid dream, and which herbs will help you get into the dreamstate.

DoubleBlind Mag is devoted to fair, rigorous reporting by leading experts and journalists in the field of psychedelics. Read more about our editorial process and fact-checking here. Editorially reviewed by Madison Margolin.
Table of Contents
1 What is a Lucid Dream?
2 How to Lucid Dream
3 What are the Benefits of Lucid Dreaming?
4 Oneirogens: Herbs that Enhance Lucid Dreaming

It’s been estimated that we spend up to a third of our lives sleeping, a good chunk of which is devoted to dreaming—the most common altered state of consciousness there is. If the mystery of dreaming weren’t enough, however, lucid dreams are where the story gets a whole lot trippier.

Lucid dreaming is an age-old practice. Ancient Hindus and Tibetan Buddhists used lucid dreaming for spiritual purposes, in order to cultivate awareness of one’s inner reaches. There is also evidence to suggest that the ancient Egyptians and Greeks used to explore the subtle realm of dreams and their divinatory powers in ritual sites called “sleep temples.” Even the ancient Greek philosopher Aristotle mused about the phenomena of lucid dreaming, as he wrote in 350 B.C.E., “often, when one is asleep, there is something in consciousness which declares that what then presents itself is but a dream.”

What is a Lucid Dream?

Ranging from realistic to weird and wonderful, dreams represent the ephemeral plane where the line between waking consciousness and sleep states blur. A dream becomes lucid when we become conscious of the fact that we are dreaming, recognizing who and where we are in the dream state. In a lucid dream, we are able to gain control of our dreams to a certain extent, influencing their action, setting, and subject matter. Although lucid dreaming comes more naturally to some, it is something that can be learned by anyone with time and effort.

While regular dreams can take place during any stage of the sleep cycle, lucid dreams typically occur during rapid eye movement (REM) sleep. During REM sleep, brain activity heightens, the heart rate quickens, and eyes dart back and forth under closed eyelids. REM sleep is the last part of the sleep cycle, consisting of both REM and non-REM sleep, which adults generally experience four to six times per night. The initial phase of REM sleep occurs within 90 minutes of falling asleep and is the most active part of the sleep cycle. With every sleep cycle, the duration of the REM stage increases. Thus, lucid dreams are more likely to happen closer to waking in the earlier hours of the morning.

In terms of brain activity, some scientists have linked lucid dreaming to activity in the prefrontal cortex. According to independent dream researcher, and sleep hypnosis facilitator, Sarah Janes, “the lucid dreamer is dreaming/asleep, as evidenced by their brainwaves, but their prefrontal cortex is activated, meaning that they’re able to self-reflect and apply critical thinking in the dream state.”

How to Lucid Dream

Although lucid dreams largely happen by chance, there are some well-known methods that can help you to trigger them. One of the most common methods is that of the “reality check,” in which you examine aspects of your surroundings several times throughout the day, questioning if you are awake or dreaming.

In the non-ordinary state of consciousness that comprises dreaming, the world tends to behave in a very different way. Thus, by performing reality checks such as turning a light switch on and off or looking at the time at various intervals during the day, one can ascertain if one is dreaming or awake. The idea is that performing reality checks throughout the day will spill over into the dream state, however, clocks and light switches generally work irregularly or inconsistently in dreams.

Another method for inducing lucid dreams is that of “wake back to bed,” which involves setting an alarm in order to wake up in the middle of the night, staying up for a while, and returning back to sleep. This technique is more likely to catalyze a state of REM sleep, heightening the possibility that you have lucid dreams.

Keeping a dream journal is also thought to be effective in that keeping track of your dreams will allow you to become familiar with any patterns that emerge. For example, you might find that you continually bump into an old friend who you haven’t seen in years or drive a car in which the brakes don’t work. Once you identify these patterns, they become your personal dream signs—clues that hint at the fact that you’re dreaming.

When you finally start having lucid dreams, a common challenge that presents itself is getting so excited about it in the dream state that you wake yourself up. “Once in a dream, I had an out-of-body experience, looking at myself sleeping peacefully on my bed from above,” shared one anonymous novice lucid dreamer. “At first, everything in the room was as I’d left it in reality, but I quickly realized that I was wearing different clothes. I was hit by a wave of excitement as it dawned on me that I could now do anything in the dream world, however, it was this very excitement that woke me up.”

For those who are serious about experimenting with lucid dreaming wanting to improve their sleep and dreams immediately, Janes recommends “a 24 hour fast, a bath before bed, a totally blacked-out bedroom, complete digital detox, and natural, clean and aromatic bedding.”

What are the Benefits of Lucid Dreaming?

Beyond its therapeutic impacts, lucid dreaming also has the ability to enhance creativity, and many enjoy integrating inspiration from dreams into their waking lives. Moreover, Janes suggests that lucid dreaming is fun, healthy, and provides a deep sense of freedom, recognizing that she would not be the same person today without it. “It gives one a great overview on life, and has instilled in me a sense of a deep inner life and spirit,” she says. “ It has helped me to process traumas and recognize the beauty of life with all its complexities.”

It is commonly known amongst lucid dreamers that there are certain plants, known as oneirogens, that are able to enhance the process of lucid dreams by improving memory, quality of sleep, and increasing the vividness of dreams. The term “oneirogen” is used to refer to substances that encourage and intensify dream states. The word finds its roots in the Greek óneiros, meaning “dream,” and gen, meaning to “make” or “produce.

One such dream-enhancing plant is Calea zacatechichi, sometimes referred to as Mexican dream herb. “Zacatechichi,” a Hispanicized version of the Nahuatl words zacatl chichic, means “bitter grass.” And, in fact, bitter might be an understatement. A species of flowering plant native to Mexico and Central America, calea was used by the Chontal peoples of Mexico, in ritual divination, and there have been detailed reports of rituals that involve smoking the plant, drinking it as a tea, as well as placing it under a pillow in order to induce divinatory dreams.

Read: Ego Death: Everything You Should Know

Commonly sought out by lucid dreamers world-over, calea users ingest the plant to aid in dream recall, to increase the vividness and depth of their dreams. There are various ways that one can ingest the oneirogen, including preparing it as a tea, smoking it, procuring a tincture, or ingesting the leaf crushed in gel capsules. For most, the tea is unbearably bitter, even with a good helping of honey to sweeten it. Erowid users writing on the subject suggest that the plant is more effective (and palatable) taken in the form of a tincture or in gel capsules before sleep.

Another well-known oneirogen is mugwort, scientifically known as Artemisia vulgaris, native to Asia and Europe, which grows abundantly like a weed. Used within medieval Europe as a magical protective herb, mugwort was thought to ward off evil spirits. This magical association has been carried into its perceived dream-enhancing capacities in that mugwort has been reported to produce vivid, colorful dreams by either being smoked, steeped as a tea, or even being placed underneath a pillow.

Speaking on the topic of oneirogens, Janes shares her interest in ancient dream culture, particularly Minoan culture, which has led her to making her own, personalized dream tea, inspired by the herbal lore of Crete. “My experience in working with herbs for sleep has directed me towards herbs that make you feel peaceful and happy producing the best dream,” she says. “The blend I make actually incorporates several natural antidepressant herbs and two excellent aphrodisiacs, which give me incredible romantic/love dreams actually.”

Whatever your particular method for learning how to lucid dream, or ways of enhancing already present lucid dreams, it is important to find what works for you. More than anything, Janes emphasizes that lucid dreaming is a gift related to memory, and perhaps cultivating that faculty within us represents the key to unlocking the door to dreaming. Donald Trump’s Distant Relative is Starting the “Amazon of LSD”

He claims it’s legal, but will it last? 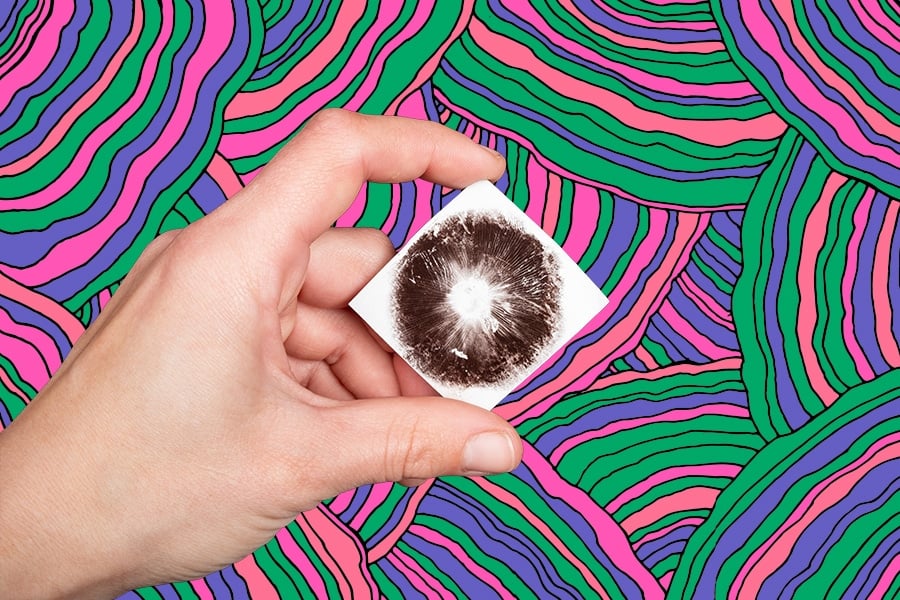 Mushroom Spores and The Wild Ways They Work

The not-so-humble spore can fling into the air with rocket force and still produce trippy mushrooms—here's how.