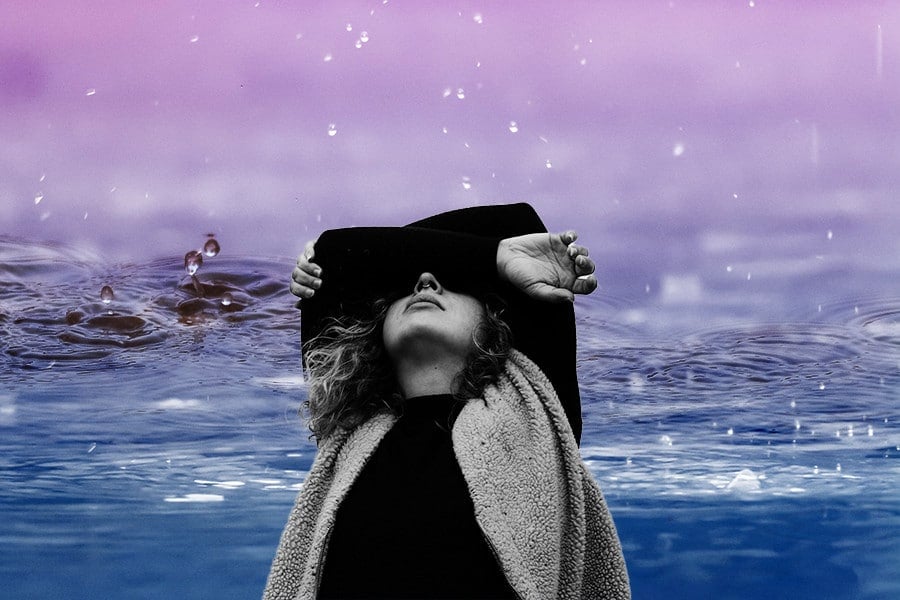 Interest in ketamine has exploded in the last decade, as both patients and clinicians have found a promising new tool for the treatment of one of the most pressing mental health issues of our times: depression. More than ever, people are reaching out for ways to cope with a pandemic that has taken away lives, sent millions to unemployment, and has affected everyone’s ability to socialize. Ketamine is the only psychedelic that can legally be used by doctors, albeit off-label and therefore generally uncovered by insurance. It’s a versatile medicine and there are a variety of models for treatment offered by hundreds of providers that have mushroomed all over the country in recent years. You can even get ketamine treatment delivered at home!

One approach to the medicine is to rely on its biochemical ability to lift the veil of depression from the patient’s mind by blocking the NMDA receptors (neurotransmitters that stimulate nerve cells, thus enabling more effective communication between them). In addition to this neurochemical feature, the psychedelic journey that ketamine offers can also be medicinal: both mystical and visionary, it can be deeply meaningful and provide a powerful interruption of the ordinary mind. In this second approach, psychotherapy assists in framing the medicine in a healing model, integrating the experience and creating sustained positive changes in the patient’s life.

The two therapists consulted for this article, Lauren Taus LCSW and Wesley Ryan MD, believe in combining psychotherapy with an intramuscular dose of ketamine. “It’s not ketamine by itself, it’s ketamine with psychotherapy,” Ryan wrote in a recent article. “The point is to make sure people are motivated to participate in the whole process before getting a ketamine session.”

In the IV treatment modality where the patient receives the medicine alone, “you feel like you just got out of the operating room, it’s a very different way of delivering the medicine where you are like waiting to get up and go home, rather than let’s talk to you about what the ketamine experience was like and what impact it has on your sense of self, your values, your goals, what you want to do with your life, around the conflicts you are experiencing,” Ryan explains.

More than ever, people are reaching out for ways to cope with a pandemic that has taken away lives, sent millions to unemployment, and has affected everyone’s ability to socialize.

Lauren Taus, an LA-based therapist that uses intramuscular injections of ketamine in her practice, tells DoubleBlind that she believes in first building a relationship with the patient based on trust, communication and transparency for several sessions before delivering the medicine intramuscularly, and hence praises the good results delivered. “It works, I have seen results that blow my mind”, she says.

Ketamine for Depression: What the Research Says

Ketamine was introduced in medical practice in 1970. Its safety profile made it a perfect anesthetic for the battlefields of Vietnam where US troops were still present: With ketamine, field doctors could safely anesthetize a wounded soldier knowing that it wouldn’t affect his breathing. Its antidepressant properties became evident, and as soon as 1973 studies further exploring that aspect of ketamine were conducted in Iran. In Russia, doctor Krupitsky found that the substance was helpful for heroin addicts and alcoholics, and used the expression “Ketamine Psychedelic Therapy” in his paper. In the year 2000, doctor John Krystal from Yale University reported that a single intravenous dose of ketamine led to robust anti-depressant effects and proposed the IV model in which the patient receives 0.5 milligrams of medicine by kilo of weight.

Carlos Zarate MD of the National Institute of Mental Health is another key figure in the study of ketamine. Back in 2006, Zarate and Husseini Mani MD found that “ketamine produced rapid, robust, and relatively sustained antidepressant effects in patients with treatment-resistant depression.” They also found that it reduced suicidal thoughts.

Ketamine for Depression: Side Effects

Ketamine can produce increased heart rate and blood pressure, both of which are easily monitored by the facilitator. There is also the risk of developing treatment dependence, meaning that one would repeatedly need the medicine to stay afloat from symptoms of depression. Still, as with any new treatment, the long term effects are still not known. “If you get ketamine for depression and it works well if you don’t get it regularly, then that effect fades out and the depression is going to return,” says Wesley Ryan. “For most people that is roughly one month.”

Some doctors have voiced concerns over possible habituation and cognitive problems. James Murrough MD PhD, of the ICAHN School of Medicine at Mount Sinai, said that questions remain about ketamine’s long-term safety and effectiveness, and given that ketamine has a history of abuse, doctors and patients must consider the threat of addiction. “We think the risk is low, but it’s probably not zero, particularly if it gets scaled up,” he said.

Read: Yes, Ketamine Addiction Is a Thing. Here’s What You Need to Know.

Ketamine for Depression: the IM model

In this model, the ketamine psychedelic experience is induced in the patient through a single intramuscular injection. That’s how Taus works with her patients. A session lasts around three hours: “The first hour looks like a traditional therapy session, I do some intention setting and ask for permission in resistance areas. In the second hour they will receive the medicine: I work in higher doses to provoke a powerful interruption of the ordinary mind.”

Taus gives her patients 1 mg of ketamine per kilo of weight to induce a “powerful interruption of the ordinary mind,” which can be deeply healing when combined with traditional talk therapy, which on its own tends to be overly cognitive and cerebral. The patient “will have a complete break from this reality and have experiences in a separate reality, which, when held in a good container, can allow for a softened return and an ability to have a more joyful and embodied experience,” she explains.

For 45 to 75 minutes, the patient remains blind folded, listening to curated music through a headset. After that time, Taus removes the music and encourages the patient to remain in position to maintain an inner perspective. Then begins the integration work with the aim of turning the experience into a positive sustained life change.

“It works, when we work with it well,” she says. “Clients who have been in traditional therapy for decades, have read the books, have done the personal development courses and in a few treatments are reporting the biggest breakthroughs they have ever had in their lives, who are essentially coming back to life.”

Ketamine for Depression: the IV model

The IV model relies on the ability of ketamine to reduce depression by acting on the NMDA receptors of the brain. It is the model used originally by John Krystal of Yale in his trials, who proposed a 0.5 milligram of ketamine per kilogram of weight through a dripper for approximately 40 minutes. Infusions are usually clustered in a short period of time, six doses over two weeks, and then maintained periodically every month with additional infusions. While it has shown results on its own, critics believe that this modality lacks the care and nurture that therapy provides. Wesley Ryan co authored with ketamine expert Raquel Bennet an article titled “Ethical Guidelines for Ketamine Clinicians” in the Journal of Psychedelic Psychiatry, Ryan and Bennet outlined their concerns around the fact that many of the physicians offering ketamine treatment are anesthesiologists and not psychiatrists, lacking training to work with people with mental issues.

Nasal sprays for medicine delivery have been around for a long time, and ketamine nasal sprays made it first to the dance floor before the doctor’s office. They made headlines in the mainstream media when the FDA approved a nasal ketamine delivery device created by the pharmaceutical company Janssen as a treatment for depression. A ketamine nasal spray consists of a liquid solution containing ketamine for easy absorption through the nasal mucosa. Some doctors prescribe it for their patients and have a compounded pharmacy prepare it. This liquid version of the drug will easily be absorbed by the nasal mucosa, making it a simple method of delivery. The version by Janssen is called Spravato, which is a filtered version of the substance and very expensive (more on that here). Doctors can also prescribe to their patients a ketamine nasal spray that will cost a fraction of what Spravato costs. Taus believes it has a higher potential for abuse and therefore does not prescribe it to her patients.

Oral ketamine consists of lozenges or troches meant to be held in the mouth and dissolved, in order to be absorbed by the mouth’s mucosa. Therapists, like Taus, use them as a softer point of entry with the medicine. This modality is currently used by some companies to deliver treatment at home and have an experience with the medicine while connected with a therapist on the computer.

Where to Get Ketamine for Depression

A useful resource to find ketamine clinicians by states and internationally is the large database of ketamine providers offered by Kriya, the Ketamine Research Institute in California, co-founded by Rachel Bennet. Many of the experts referenced in this article also have their own medical practices (Erica Zelfand ND in Portland, Paul Abramson MD in San Francisco, Wesley Ryan MD and Lauren Taus LCSW in Los Angeles).

Some actors in the field have developed new ways of delivering the treatment. After some regulatory changes, in the spring of 2020 a company called Mindbloom started offering a treatment protocol that combines the use of lozenges sent to your home by mail with music, counseling, and medical supervision through internet video-call.

Glen Z. Brook MD has been delivering ketamine infusions from his clinic NY Ketamine Infusions in Manhattan for more than nine years. For depression the clinic delivers a low dose of IV ketamine: “The experience is relatively mild and for many people somewhat pleasurable,” the website states. Field Trip Health, with several locations in the US and internationally, presents itself as a “new kind of mental wellness company” and offers several options in a more spa-like environment, coupled with counseling and integration.

Since the FDA has not yet approved ketamine as a treatment for depression, the use of ketamine with this goal remains off label and therefore these treatments are not usually covered by insurance, though there are exceptions. Costs can be high, anywhere from $250 for a remote session with lozenges, to the thousands of dollars that the more boutique spa-like providers charge for a ketamine infusion. How Long Do Shrooms Last?

When considering the effects of shrooms, don’t just account for the length of the trip, but the integration period after.

Movies to Watch on Shrooms: Our Favorite Psychedelic Cinema

From awe-inspiring nature docs to trippy animations, here are the best movies to watch on shrooms.