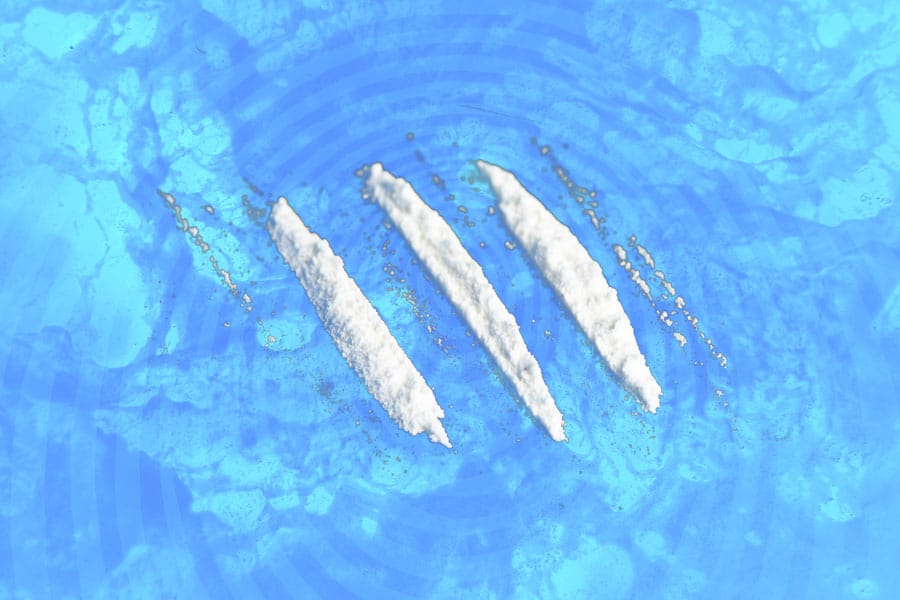 Yes, Ketamine Addiction Is a Thing. Here’s What You Need to Know.

Ketamine is a unique and powerful molecule that has been around for 50 years. It’s an essential anesthetic medicine for veterinarians and doctors, and now also for psychiatrists and therapists due to its antidepressant capabilities. Ketamine’s popularity outside the medical setting has also grown in recent years for spiritual and recreational use. People use it to self-treat their depression, to meditate, and on the dance floor. But is ketamine addictive? Unlike classic psychedelics, the short answer is: yes. Here’s what you need to know.

What is Ketamine Addiction?

As a dissociative, ketamine provides an escape from ordinary life, which can make it highly addictive for some. In a recent interview with DoubleBlind, Paul Abramsom MD, explained how ketamine “as a dissociative takes people to another place. You leave your body, you leave to a different reality and, from talking to hundreds of people with ketamine problems, it seems that different reality is more salient, more meaningful and more important than this one.”

Wesley Ryan, MD, a psychiatrist offering ketamine-assisted psychotherapy, tells DoubleBlind, like with any substance use, “it’s all about the pattern of use and how it’s used.” In many ways, ketamine addiction is similar to addiction to other substances—alcohol, opiates or cocaine—or behaviors like gambling, sex or shopping. But it also has its own unique traits, and side effects.

People use ketamine for many reasons: in party settings or as an aid to come down from stimulants, to self-medicate some ailment—physical or psychological—to explore inner realms or simply to experiment with their own consciousness and bodies. Some find it so compelling that they soon find themselves securing a stable source and using it frequently. The common route of administration in these settings is intranasal—to snort it—but some may choose to inject it intramuscularly or prepare their own makeshift ketamine nasal sprays.

The history of ketamine is filled with peculiar characters that left behind valuable reflections to help us better understand this puzzling substance. DM Turner is one of those characters. He was an author and psychonaut who died in 1996 after using ketamine in the bathtub. He is quoted in “Ketamine: Dreams and Realities” by Karl Jansen MD, PhD, a seminal book in the abundant literature about ketamine. “A major concern regarding safe use of Ketamine is its very high potential for psychological addiction,” Jansen wrote. “A fairly large percentage of those who try Ketamine will consume it non-stop until their supply is exhausted. I’ve seen this in friends I’ve known for many years who are regular psychedelic users and have never before had problems controlling their drug consumption. And I’ve seen the lives of several people who developed an addiction to Ketamine take downward turns.”

Read: Does Ketamine Have a Dark Side?

Jansen also warned against the use of euphemisms for ketamine addiction such as “repeated use trap, seduction by K, or becoming an agent of the molecule,” as ways of shifting the responsibility onto the drug. “It is then the drug that is at fault, not the person taking it, who is of course helpless in the face of such an entrapping, seducing, scheming Master-chemical,” he writes. Throughout the book, he comments extensively on two of ketamine’s most famous proponents: John Lilly and Marcia Moore, who both had a problematic relationship with the substance and both were peculiar characters linked to the sometimes bizarre history of ketamine.

When approaching any substance, but especially psychedelics, one must pay attention to set and setting to maximize positive outcomes and as a form of harm reduction. Ryan, who also specializes in treating addictions, describes ketamine addiction as an “overuse of ketamine, spending a copious amount of time looking for ketamine, frequently using ketamine and developing a dependence despite negative consequences in people’s lives and functionality, neglecting work responsibilities and social connections.”

Neglecting set, setting, and substance considerations—and especially in the case of ketamine having large quantities available—may lead to an addiction characterized by repeated and uncontrollable use. This can result in increased tolerance and dosage, bingeing sessions in short periods of time, securing a stable source, hiding your use from loved ones and using it alone or with other heavy users. “With ketamine use disorder people are using large quantities, a lot everyday, it could be like a gram or more,” says Ryan.

If you have been in festival culture and/or nightlife long enough, you have inevitably witnessed the use of ketamine in less than ideal settings and/or know people having problems with ketamine. Erowid, the internet organization that provides unbiased information about plants and chemicals and is committed to harm reduction, has published dozens of personal stories submitted by anonymous users. In the category of addiction and habituation, some of these articles carry titles such as “My Emptiness,” “The Way K Creeps,” “Loss of Self,” “Serious Problem,” “Total Addiction,” and the like. Many stories share common patterns: people who start consuming small quantities with friends and after a couple of months of heavy use find themselves needing and wanting larger doses to feel the effects of it. They often report snorting very large quantities at once. Some share their experiences injecting it intramuscularly. Some users share how they have spiraled down with a partner, enabling each other’s use and making it more challenging to end.

Lauren Taus, a Los Angeles-based psychotherapist who offers ketamine assisted therapy in her practice, tells DoubleBlind how she has witnessed ketamine use and abuse in party settings before starting to work with the substance as a tool in therapy: “The degrees to which people were actively seeking dissociation scared me, it was not something that looked fun and certainly not healing. So I had a lot of judgement around it. This was also before I had an understanding of how to work with it in a good way. It’s commonly used in hospitals, very safe, and it’s what we do with it, it’s neutral…Ketamine has gotten a bad reputation, it’s got a shadow side and I understand why.”

Commonly reported negative side effects from ketamine addiction are depersonalization, depression, and a wide range of mental health disorders, including suicidality. Physically, ketamine’s damage to the kidneys and bladder has been well established, and is usually manifested in conjunction with the infamous k-cramps, or abdominal pain. Snorting large amounts of ketamine can damage the bladder walls, causing incontinence and urinary frequency. Sufferers often report peeing jelly-ish and blood. Those who fail to stop after symptoms may endure permanent damage, some requiring bladder removal in extreme cases. Damage to the mucosa behind the nose is also very common, as the ketamine crystals will damage it when snorted, causing nosebleeds.

Another reported source of harm has to do with its use in inappropriate settings, close to bodies of water, heights, moving cars or extreme temperatures. Though relatively safe on its own, ketamine should not be mixed with some drugs, especially opiates and large amounts of alcohol, as both substances can potentiate each other.

When asked about the long-term effects of ketamine addiction, Taus presents us with the worst case scenario: “Suicide. It can happen, I have seen it in some of the communities I belong to. It does what an addiction does, it takes you out of your life. It can be in the form of death or turn you into a walking zombie. The potential consequences of any addiction are dire.” Although this is an extreme scenario, it is possible. I knew a young man who was caught by the NYPD shooting ketamine in the street and, sadly, committed suicide some time after quitting.

In his book, Jansen refers to ending ketamine addiction as “Escape From Planet K,” and believes that “as with cocaine, most people who use large quantities of ketamine stop doing so on their own.” The majority leave it behind in response to diminishing returns or resolution of the factors that were driving the compulsive use. However, when attempts to stop repeatedly fail, there may be a need for extra help. Such help, Jansen said, is most likely to succeed when it involves a multi-leveled approach combining “mental, physical, social, and spiritual methods.”

Ketamine addiction can “turn you into a walking zombie. The potential consequences of any addiction are dire.”

Paul Abramson explained to DoubleBlind that ketamine addiction “is very difficult to treat because there is no drug that will reduce the interest in ketamine, people that go to this place are often dissociated from themselves so talk therapy is of limited use, because even though they express insight into the fact that there is a problem and that they want to stop, the other part that is in the ketamine space doesn’t really connect with that.”

In places like Hong Kong, China and the United Kingdom, ketamine recreational use and addiction has been more prevalent and has received more media attention. “In the U.S., it’s kind of a nascent thing, maybe in the last decade or two we are seeing more ketamine abuse, particularly in the last several years with all the publicity surrounding ketamine for depression,” says Ryan.

He can’t think of specific treatment modalities for ketamine addiction, adding that a treatment would involve counseling, talk therapy, and addressing the underlying reasons that drove that person to addiction in the first place.

The withdrawal symptoms are not physical. “The effects of ketamine withdrawal are psychological: irritability, craving, desire to get more,” says Ryan, adding that “a lot of times, people are self-medicating, so the underlying stuff that they are trying to escape from may reemerge. This seems to be a common pattern among all substance use disorders, that people are trying to run away and not attend to negative self emotion.”

It’s not easy to find clear statistics on ketamine addiction. In the 2019 National Survey of Drug Use and Health’s Annual Report, ketamine appears under the category “Hallucinogen Use” grouped with LSD, PCP, peyote, shrooms, and MDMA, among other substances. It says that among people aged 12 or older the percentage of hallucinogen users increased from 1.8 percent in 2015 to 2.2 percent in 2019, which doesn’t tell us much about ketamine addiction. The 2020 European Drug Report does not offer much information either and groups the substance with GHB and hallucinogens.

What is clear is that use of this substance, which has been around since 1970, has significantly increased in recent years as part of the current wave of interest in mind-altering substances. The internet today is running amok with contradictory information on ketamine. Users ask questions and share ideas on online forums, where glorification of ketamine shares space with concerns about addiction and health issues. In reality, there’s much we still don’t know, and it’s important that as the promise of ketamine for mental health grows, we’re also being critical about its risks and limitations. 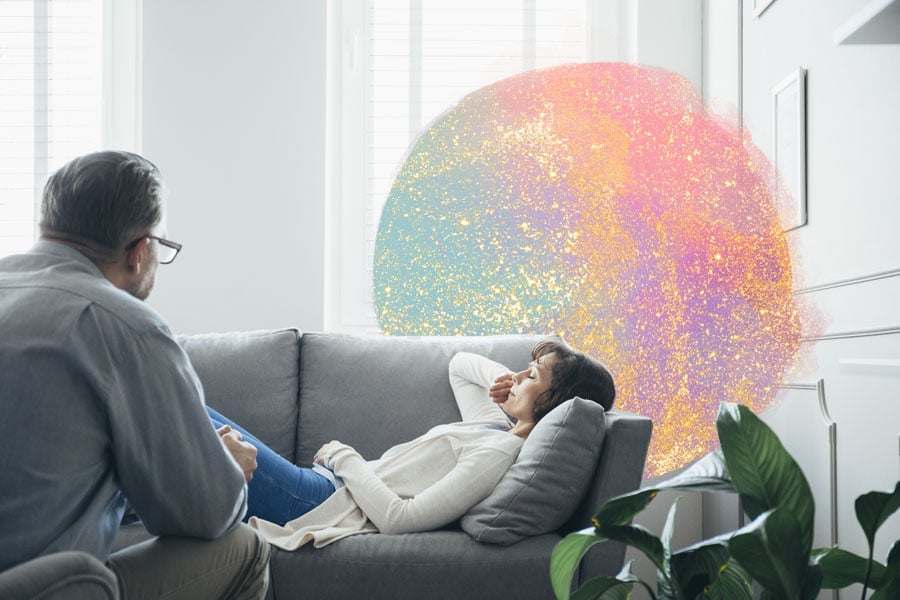 Ketamine clinics are opening across the country—but they range in quality widely. Here’s what to look for. 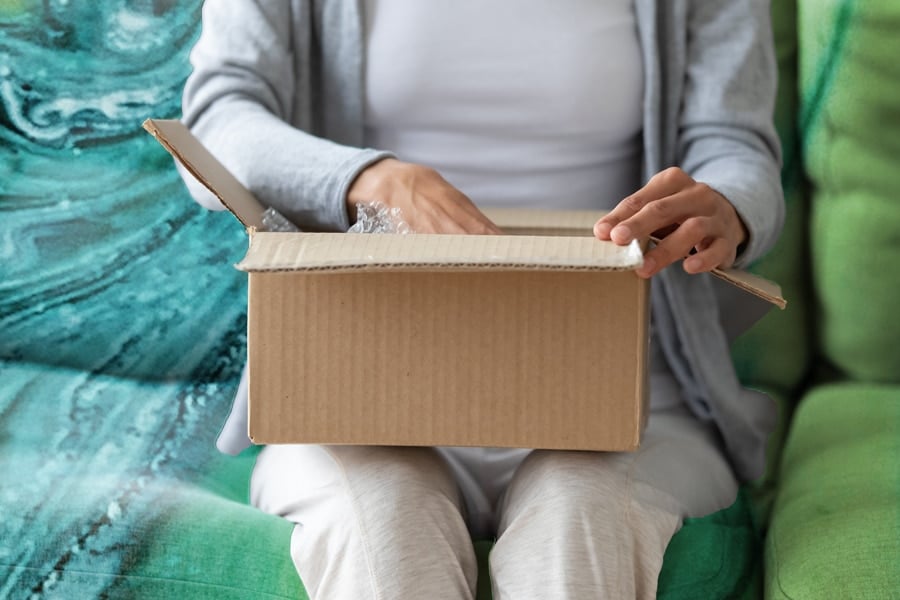 Yes, it came to my doorstep