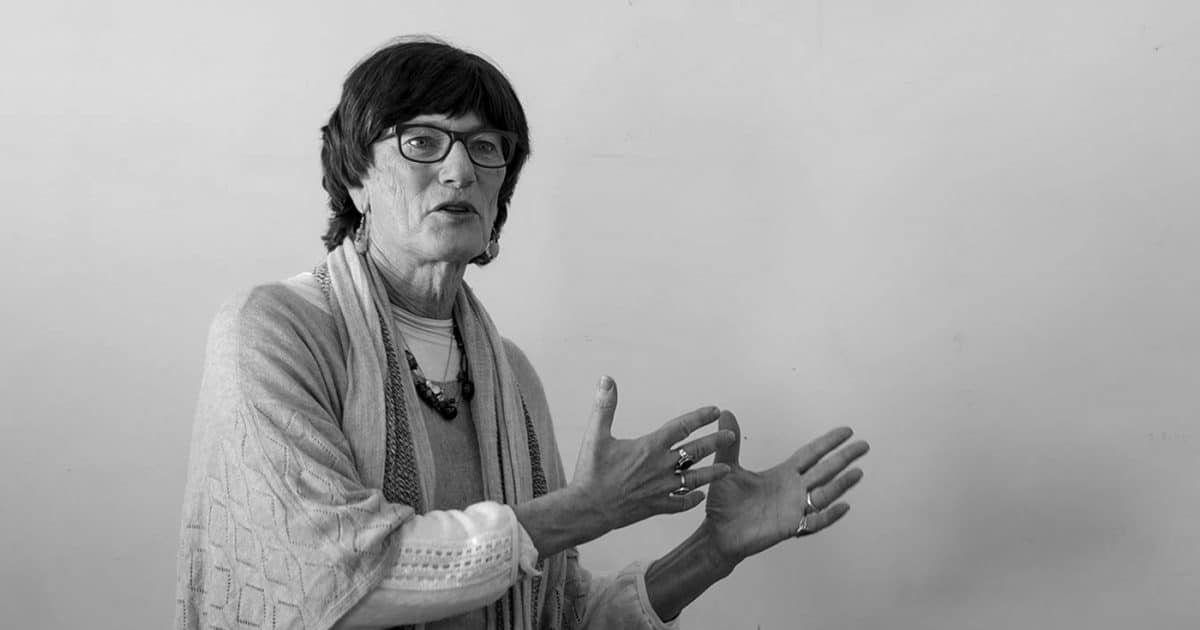 Remember how the LORD your God led you all the way in the wilderness these 40 years, to humble and test you in order to know what was in your heart, whether or not you would keep his commands.
– Deuteronomy 8:2

In 1971, Yiscah Smith stepped off the plane in Israel for the first time as a 20-year-old man named Jeffrey, from Long Island, New York. “Jeffrey” knew very little about Judaism. In fact, he didn’t even know why he was there.

Forty years later, after a gender transition, Smith returned to Israel as an Orthodox Jewish woman named Yiscah. This time, she had no need to contemplate her next move—she headed straight to the Western Wall in Jerusalem to join her fellow women in prayer.

“Shivers ran through my body, as the tears fell, and as I uttered words of gratitude and praise, I knew in the deepest recesses of my very being, in the marrow of my existence, that my transition was God’s loving and compassionate expression of bringing me back home—to Him, to myself, and to my spiritual center,” she writes of this moment in her memoir, Forty Years In The Wilderness: My Journey To Authentic Living.

Smith compares her four decades living in the wrong body to the Jews who were sentenced to roam aimlessly through the desert, holding onto a promise from God that, for their agony, they would someday be rewarded with a home. We all live “in the closet” at various points, she tells a group of eager listeners at Los Angeles’ Beth Chayim Chadashim, the world’s first LGBTQIA+ synagogue. Since her transition, she has become a force for inclusivity in the Jewish community, but her message is a universal one: Listen to your voice. Only you know if you’re being honest with yourself and with others about who you are.

Once upon a time, Smith was living as an Orthodox Jewish husband, tending to six children who she had with her wife in just eight years. She was somewhat of a local celebrity in their community, she recalls. They lived in a small apartment in Jerusalem’s “Old City” where, every Friday night, their family would host lively, intimate Shabbat dinners and she would offer lessons about ancient Jewish texts. She appeared joyful, she says—but underneath the surface lingered pain and self-loathing.

It was January 1991 and the Persian Gulf War was in full swing. The United States was preparing to lead 34 countries, the largest coalition since World War II, into Kuwait to end the Iraqi occupation. When Saddam Hussein fired the first missile into Israel and the conflict got closer and closer to home, Smith felt it was a metaphor for her life. “No gas mask, no safe room, and no amount of preparation could have protected me from this onslaught seeking to destroy me, and by extension, my family,” she writes in her memoir. She says she was her “own personal Saddam Hussein.”

Smith came out as gay, divorced her wife, and moved to the progressive city of Tel Aviv. But the lies and agony continued—she still wasn’t living her truth.

After a rabbi in Jerusalem ostracized her for coming out as gay, she no longer felt there was a place for her in the Jewish community. From there, she moved to Manhattan and became a feminine man in the LGBTQIA+ nightlife scene, completely rejecting religion.

It would take her several years to realize that “rabbis are imperfect, they’re human,” she tells me. Only “God is perfect.” This is ultimately how she managed to reconcile her gender-identity dysphoria and her Judaism, despite continued prejudice in some ultra-Orthodox communities.

In the Torah, there’s one Jewish law that supersedes all the others. It’s called pikuach nefesh and it means that a person does not have to follow the commandments if doing so will lead to their death. This is the passage Smith refers to when explaining why she believes God approves of her transition.

Pikuach nefesh is also the law that some rabbis and LGBTQIA+ activists refer to when trying to interpret Jewish text in order to accommodate members of the community who don’t fall neatly into the categories of “male” and “female.” From their perspective, it’s not a stretch to say that feeling unsafe or unseen as a trans person is life-threatening: A shocking 22 to 44 percent of transgender people have tried to commit suicide at least once in their lifetime, according to the Centre for Suicide Prevention.

Smith was never suicidal, but she was deeply lonely. “I couldn’t go on. And I knew the only way to go on was to get a gender transition,” she says via video chat from her apartment in the eclectic Jerusalem neighborhood of Nachlaot. She looks like an elegant woman one might encounter at an art gallery: short brown hair, funky sterling rings on almost every finger, and a simple camel-colored sweater.

“One thing I’ve seen in my own life, and in other people’s lives a lot, is the way in which coming out often makes people recognize how important Judaism is to them,” says Rabbi Lisa Edwards of Beth Chayim Chadasim. “Once you start integrating into your true self, all these disparate parts of who you are flow together better.” (Edwards and her partner Tracy Moore have been LGBTQIA+ activists in Los Angeles for more than two decades.)

Jews have been encouraged to question the meaning of Jewish law and adapt it to their own lives for as long as the religion has existed, Edwards adds. “There isn’t any one view of any of this. I think that fact is what helps a lot of us who are more liberal in our viewpoints.”

The tradition of interpretation in Judaism has helped Reform communities like Edwards’ be at the forefront of the LGBTQIA+ movement since the 70s. But the same flexibility in Jewish law that allows people to make the religion their own has lead to endless debate about God’s intentions, too.

Some Orthodox communities believe the last rabbis who were granted the right to interpret the religion’s ancient texts lived between 200 C.E. and 500 C.E. (Their interpretations appear in the Talmud, a collection of writings around Jewish law and theology.) Others believe that the meaning of these texts is ever-evolving with the passage of time, particularly as modernity presents problems that did not exist in the past.

Regardless, across all sects of the religion, it remains important to visit a rabbi in times of crisis, to seek their counsel and thoughts on how God might interpret their situation. That’s why Eshel, an organization that promotes LGBT inclusivity in Orthodox Jewish communities, is educating rabbis around the country about gender identity dysphoria. In 2015, Eshel interviewed 33 Orthodox rabbis in the United States to assess their inclusivity.

“It’s very hard because there’s a lot in Judaism that has to do with the body,” says Eshel Executive Director Miryam Kabakov, about how rabbis interpret transgender people. “Someone in a male body has a whole other list of obligations. When someone transitions, the question is, ‘Do we now treat them as male or female?’”

The only commandment in the Torah that explicitly addresses gender ambiguity prohibits cross-dressing. In the book of Deuteronomy 22:5 it says, “A woman must not put on man’s apparel, nor shall a man wear women’s clothing; for whoever does these things is abhorrent to the Lord your God.”

Some rabbis believe that a person will always be the gender assigned at birth. Thus, even if the person is fully transitioned, they would be violating this law. This was the Torah portion that most troubled Joy Ladin. In 2006 she came out as transgender, the first tenured professor to do so at Yeshiva University, the oldest Jewish educational institution in America.

Ladin recalls being overwhelmed with guilt as a child when she would sneak up to the attic and try on her sister’s old clothing. As she got older, her life was affirmed by the nuance and malleability of the Torah. Like Yiscah Smith, she came to believe that being a woman was her God-given destiny. “If we didn’t insist that the Torah speak to our deepest needs, confusions, anguishes, the Torah would wither into something like the Code of Hammurabi—a text written by and for those who died millennia before us, a piece of archaeology rather than what our tradition calls it: a tree of life whose roots nourish the endlessly ramifying limbs and leaves of our individual lives,” Ladin writes in an article about how her transition influenced the way she reads Jewish text.

The same year Ladin came out, Elliot Kukla became the first transgender rabbi ordained by a Reform community. Over the last 10 years, there’s been an increase in the number of rabbinical schools that admit transgender students. Still, there are many questions and disagreements about how transgender identity plays out in the synagogue.

Prior to Smith’s transition, one of the hardest parts of going to temple was being forced to stand on the wrong side of the mechitza, the wall that divides the female and male congregants. It was a physical representation of the barrier between who she was and how she was perceived.

Some ultra-Orthodox communities still will not allow her into their synagogue, let alone on the women’s side of the mechitza. They’re not transphobic, Smith insists, they’re just afraid of “the other.” In particular, ultra-Orthodox Ashkenazi Jews, who came from Central and Eastern Europe, live rigid lives in insular communities, in part, out of fear, she theorizes. “I believe now the Ashkenazi world, to a degree, is still suffering trauma from the European experience, from one institutionalized anti-Semitic policy after the next,” she says. “This does something to people. It erodes trust.”

In order to love others, Smith says, people must first start with themselves. It’s a cliché, but she knows it’s true from experience. Her vision? “I want to wake up to a world where everyone is so busy trying to figure themselves out that they begin to embrace the other.”

For now, Smith and other transgender Jews are fueling progress merely by their presence. More and more rabbis, inside and outside Orthodox communities, are committing themselves to learning about gender dysphoria so they can help their transgender congregants on their journeys.

Smith’s journey is not over either. It never will be, she says. But at least for now, she’s out of the wilderness. After 40 years, she’s found herself, she’s found God, and she’s found a home in Jerusalem. 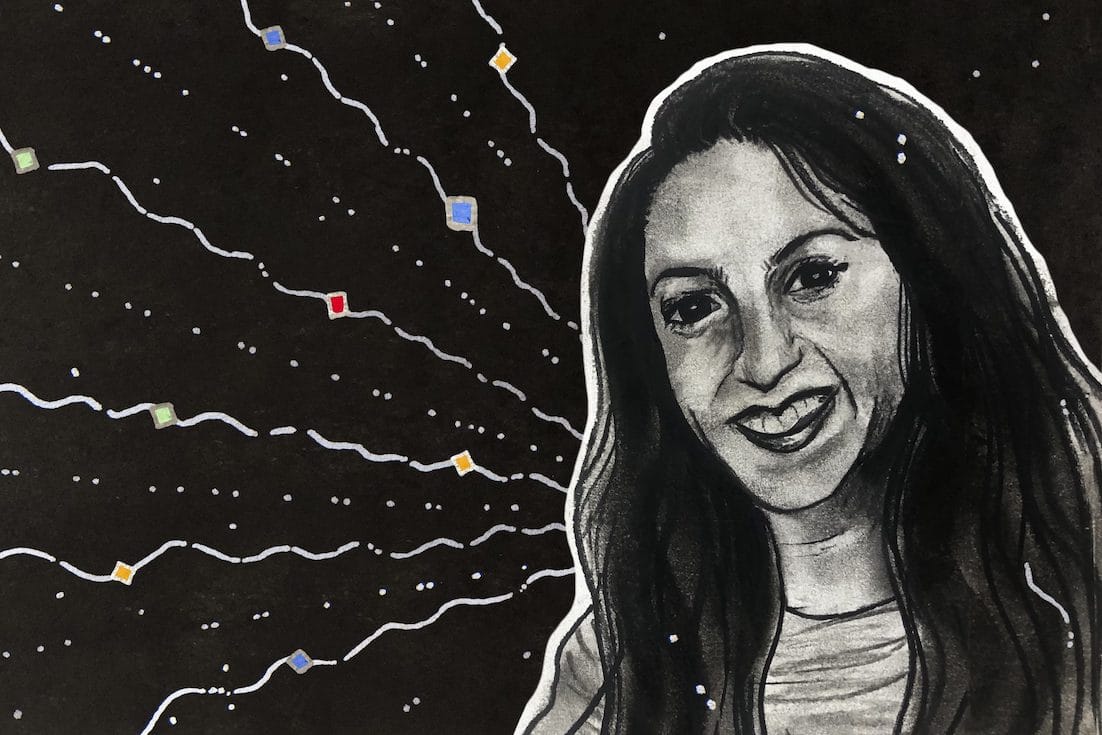 5 Women in Psychedelics You Should Know About

For research in the United States, volunteers typically get the synthetic version of psychedelics. Does that matter?