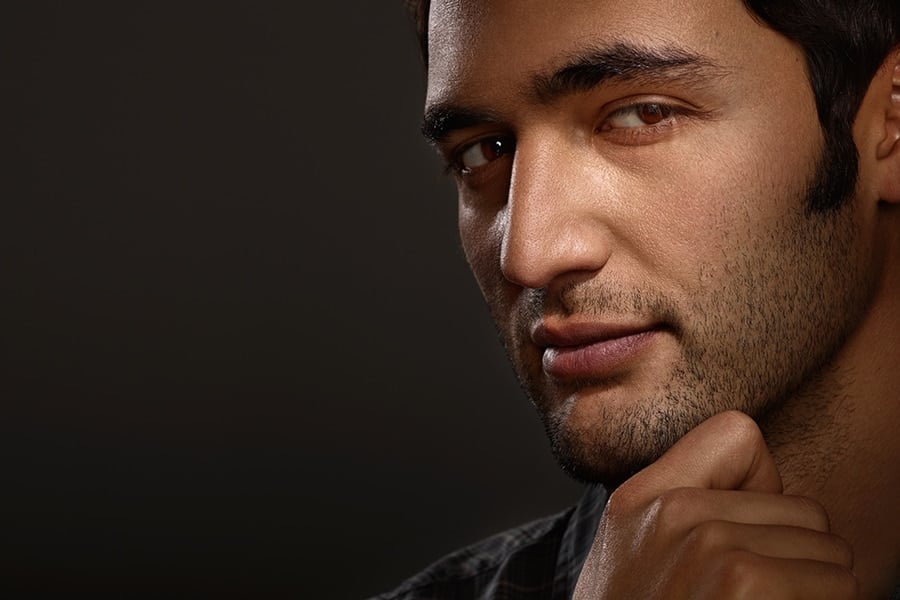 DoubleBlind Mag is devoted to fair, rigorous reporting by leading experts and journalists in the field of psychedelics. Read more about our editorial process and fact-checking here. Editorially reviewed by Shelby Hartman.
Table of Contents
1 DB: How did Flow Sessions come to be?
2 What about cannabis’ history did you draw on in creating the podcast?
3 Flow Sessions feels like a modern-day digital cannabis salon.
4 In what ways would you say cannabis is a psychedelic?
5 How would you say the future is a reflection of altered states?
6 You talk a little bit about how psilocybin or cannabis are “ecstatic technologies” that exist organically that we can use, like Silicon-based technologies, to “uplevel ourselves.” But how can we make sure that we are using these technologies for good?

Jason Silva wants to take you on a deep dive into consciousness. With the writer, futurist, and Emmy-nominated TV personality, it’s all real talk, off the cuff, like a conversation from your living room that takes you to the “edges of your mind.” In a candid chat, DoubleBlind had the opportunity to dip into that flow state with Silva in an exploration of where psychedelic culture has been, where it’s headed, and where technology comes into play. These are topics Silva considers on the regular, and engages other luminaries in, as well, from journalist Michael Pollan to MAPS founder Rick Doblin, among other guests on his recently launched podcast Flow Sessions. The podcast itself is designed to feel like a psychedelic trip, flowing through topics like mental health, technology, consciousness hacking, cannabis culture, and the psychedelic paradigm shift that’s changing it all.

DB: How did Flow Sessions come to be?

JS: I’m interested in conversations that expand our understanding of ourselves and the world, and that agitate the sleep of mankind. My content is by definition psychedelic. Psychedelic means to manifest the mind. And all my content is a manifestation of my mind. Media reflects our historical drive to manifest our consciousness outside our mind, outside our eyes.

I wanted people to think of this podcast as really an updating and upleveling around cannabis consciousness—not that you have to be high to enjoy the podcast. Cannabis at its very best is linked with association thinking, freestyling, spitballing, starting with one idea and riding it through to the end. I wanted the podcast to be a kind of verbal jazz. And jazz and cannabis have a rich history.

What about cannabis’ history did you draw on in creating the podcast?

Charles Baudelaire was known for his hashish club in the 19th century. He used to organize these salons, smoke hash, and evoke these reveries of the mind. When you see that intertwined history between cannabis and so many high-level thinkers and intellectuals, I’m interested in a modern incarnation of that—a highbrow approach to cannabis consciousness, a sophisticated museum-level space where authors and literary types could get together and have a conversation that’s calibrated by the increased lateral thinking and associational thinking of a cannabis high.

Very much so. If you want to go back to Charles Baudelaire and his hashish salon in Paris, that is probably the best kind of reference for me—because it was intellectual and cross-disciplinary. There were not just philosophers, but also musicians, artists, and writers. Hash was the intoxicant of choice. If you look at their writings, you see they understood the principles of set and setting back then. It’s interesting that even pre-Timothy Leary, people understood why the framing was important to the effects of cannabis and other psychedelics.

In what ways would you say cannabis is a psychedelic?

I do think it’s important to remind people that it is a substance that has been associated with the exploration and the perimeters of thought. If you’re interested in having conversations that are at the edge of thought consciousness and culture, associating that with cannabis can’t hurt—in fact, it can only help.

If you’re interested in having conversations that are at the edge of thought consciousness and culture, associating that with cannabis can’t hurt—in fact, it can only help.

So for me, a win is for people to listen to Flow Sessions and say they feel like they had a trip. To add to that, my goal is for these conversations to stretch people’s minds. I mean that literally. There’s been some research on the subject of awe and wonder. What you feel when you’re exposed to something that stretches your mind, the words they use, any experiences in which your models of the world or your frameworks of reality are stretched beyond their normal limits is an experience of awe. Whenever people have that experience, it’s followed by an afterglow of increased wellbeing, compassion, and creativity. By expanding people’s consciousness, I know that they’ll come out of the experience with [that afterglow]. I want Flow Sessions to be medicinal to the listener. I know that’s a bit ambitious, but why not?

How would you say the future is a reflection of altered states?

Computers can be tools for personal liberation or framed as extensions of our creativity or minds.

Your iPhone is a psychedelic tool. Google is the first psychedelically informed superpower. It’s a vision of connecting the world together, which is a psychedelic vision. When I look at the future and Silicon Valley and the singularity and biotech and AI, and then I see that they’re all microdosing, psychedelics optimize their thinking. To me, it’s not a coincidence. It shows those worlds are continuing to overlap.

I think the world of the future is going to be more psychedelic in ways that it already is—in the way that psychedelic means a manifestation of the mind. The human-made world is a condensation of human imagination. If you look at a modern city, the topography of the city is shaped more by mind than geology. Our mind spills out into the world and becomes concretized in architecture and cities and everything we do. I think it’s a big win. It re-empowers us to realize the power our mind has in shaping reality.

You talk a little bit about how psilocybin or cannabis are “ecstatic technologies” that exist organically that we can use, like Silicon-based technologies, to “uplevel ourselves.” But how can we make sure that we are using these technologies for good?

The alphabet is the most powerful information technology ever. But used incorrectly, it could be used to promote hate speech. Social media gives everyone a voice, but can be weaponized for fake news. Psychedelics make you much more suggestible and much more reactive, so you could put someone in a highly vulnerable and suggestive state and manipulate them. I think it’s important we proceed with caution and that we don’t take the training wheels off—that we work with people who have the most experience working with this stuff, and don’t just co-opt it, monetize it, and sell it back to the people in a stripped away form.

What you’re hearing now about psychedelic healing without the trip seems absurd because so much of the healing comes from the experiential, subjective reframing of the self and other. If you eliminate that, it feels like we are shortcutting the work. I think we need to keep our heads, eyes, and ears open.

You Can Now Buy a Microdosing Kit Online

With the decriminalization of psilocybin, it's hard not to wonder whether magic mushrooms will follow the path of cannabis.