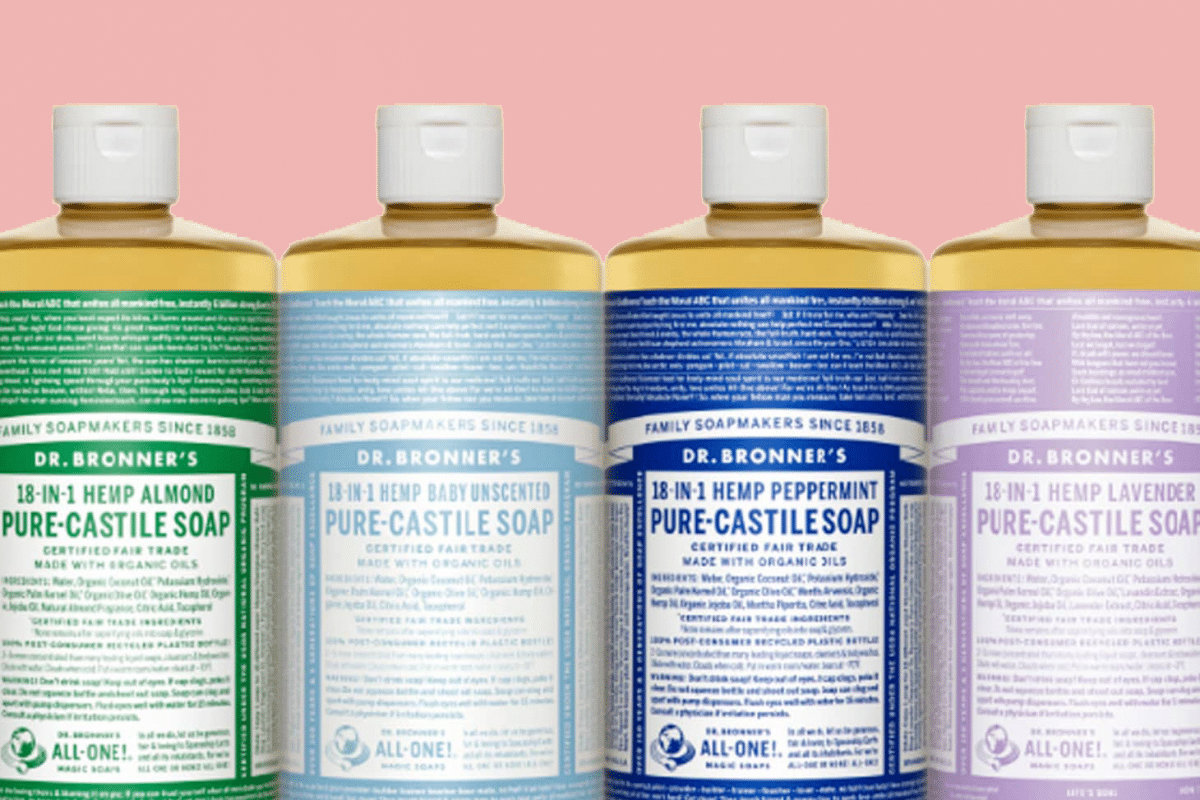 Dr. Bronner's Soaps is on a mission to overturn psychedelic prohibition—starting with Oregon

On Monday, April 27, David Bronner, CEO of Dr. Bronner’s Magic Soaps, announced that his company is donating one million dollars to the campaign to legalize medical psilocybin in Oregon this year. This follows a $150,000 donation that Dr. Bronner’s made to the initiative last September.

Initiative Petition 34 currently has 130,691 of the 145,000 signatures needed to get on the ballot in November. If it passes, psilocybin, the psychoactive component in shrooms, will be legal for all adults in the state in a therapeutic setting, as long as it’s deemed safe for the person.

There are currently initiatives taking shape around the country to overturn the prohibition of entheogenic plants and fungi. Last May, Denver became the first county in the country to decriminalize psilocybin. Less than a month later, Oakland’s city council passed a resolution blocking funds from being used to prosecute people for the possession of naturally-occurring psychedelics. The campaign behind the resolution, Decriminalize Nature, now has initiatives taking shape in more than 100 cities and counties across the U.S., and in Canada.

Initiative Petition 34, or IP34, is fundamentally different from those decriminalization efforts, however. It includes a state-legal infrastructure for the manufacturing of psilocybin. It also includes licensed settings where psilocybin would be administered by trained facilitators, informed by research that’s been conducted at institutions such as Johns Hopkins and New York University. The state-legal psilocybin sessions, like the clinical trials at these universities, would include preparation, the session itself, and what’s called psychedelic integration, where a trained therapist helps the participant process their psychedelic experience after it’s over.

David Bronner went live on #Reddit to answer questions about the legalization of #psilocybin therapy in Oregon, the teachings on the label, a time when he had to choose between his values and a large sum of money & more.https://t.co/mnJvXrvTdq

There’s been some controversy in the psychedelic community about whether IP34 is the best model for overturning prohibition. As DoubleBlind reported in 2019, some groups feel strongly that decriminalization—so people can simply, no longer, be criminalized for possessing drugs—should be the priority over medicalization. Others feel that psilocybin—or any drug, for that matter—should not be legalized by states, but by the federal government, once it’s made it through the entire FDA-approval process. (Psilocybin is currently in the last phase of studies for treatment-resistant depression through the FDA.)

In a press release put out by Bronner in 2019, he recognized these divisions within the psychedelic field, writing: “I want to acknowledge the concern from various quarters in the research community invested in the FDA approval process—that Oregon’s ballot measure goes too far too fast, and threatens to create a cultural and regulatory backlash against all the progress they are making, much like occurred in the 60’s.” He said, however, that “the state ballot measure process is the only political mechanism that exists for providing this kind of broad responsible adult access.” Much like cannabis, Bronner hopes IP34 will push federal regulators to respect the autonomy of states.

Of course, we’ll only get to see how the feds respond if the initiative actually passes. It appears at this point that there’s a good chance it will. A poll conducted by the campaign in February of last year found 47 percent of Oregonians were in favor (“yes” or “leaning yes”), 46 percent were opposed (“no” or “leaning no”) and 7 percent were undecided about the initiative.

Why Kava is a Beautiful, Legal Way to Treat Anxiety, Build Community, and Create Ritual

Kava is known for its mellow, relaxing effect. Now DoubleBlind has partnered with Potent Kava so you can try it at home.

Are Mushrooms Legal in California? Thanks to COVID-19, Shrooms Will Remain Illegal —For Now