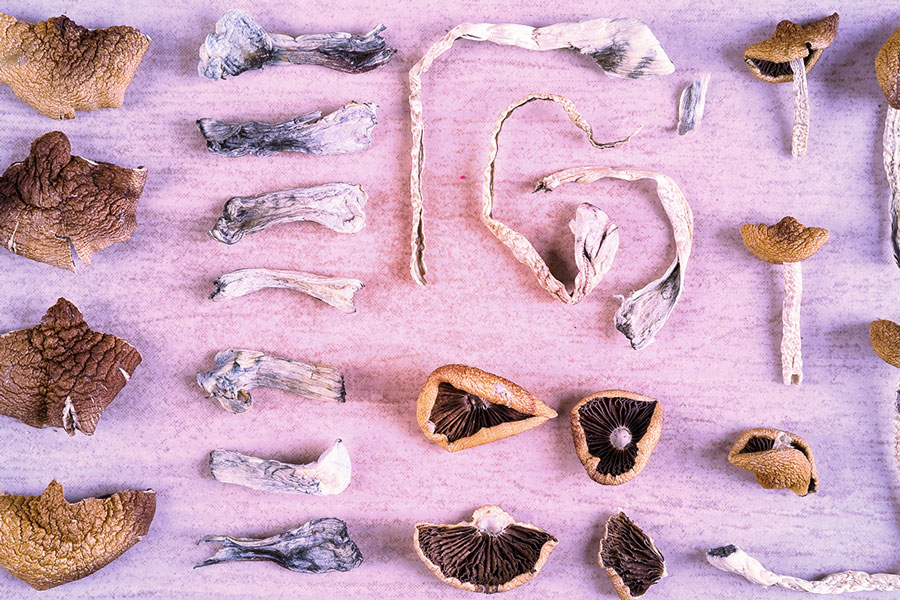 After Permitting Psilocybin for Terminal Patients, Canada Could Open the Door to Psychedelics

Some Canadians with life-threatening illnesses can now try magic mushrooms to ease their mind. But it could open the door to much more for the Great White North’s psychedelic scene.

On August 4, four Canadians facing the end of their lives due to terminal cancer were granted a legal exemption by Canada’s Ministry of Health to take psilocybin—under a therapist’s supervision—to relieve their end-of-life anxiety. These will be the first known patients to legally use psilocybin since it became illegal in Canada in 1974.

Psilocybin, the main component in so-called “magic” mushrooms, has a long history in experimental treatments for treating depression and anxiety in patients with deadly diseases. The results in clinical trials are extremely promising, showing improvement in patients’ quality of life and evaporating their fear of death. Now, the option will be extended to a few people outside the lab.

“I’m so grateful that I can move forward with the next step of healing,” Thomas Hartle, one of the applicants, said in a statement. Laurie Brooks, another patient and a mother of four also added: “The acknowledgement of the pain and anxiety that I have been suffering with means a lot to me…I hope this is just the beginning and that soon all Canadians will be able to access psilocybin, for therapeutic use.”

This exemption is the fruit of nearly a decade of psilocybin advocacy from Bruce Tobin, a psychotherapist from British Columbia with more than 35 years of experience. Around 2010, Tobin was approached by a patient who was dying and had tried everything—medication, therapy and expensive residential treatment programs—but nothing had helped her overcome her fear of death.

Based on the promising fungal research coming out from Johns Hopkins, Imperial College London, and other institutions—not to mention that in the US, psilocybin has been fast-tracked by the FDA to become a prescription medication in psychedelic-assisted psychotherapy—Tobin wanted to offer her psilocybin. But the law prevented him, so in 2019 with half a dozen other Canadian healthcare professionals, Tobin founded TheraPsil, a non-profit dedicated to providing “compassionate treatment for Canadians in palliative care who suffer from end-of-life distress” through psychedelics.

“I discovered I could apply for a so-called Section 56(1) exemption that would excuse me from the provisions of the Canadian Controlled Drugs and Substances Act, allowing me to legally use psilocybin in cases where it was ‘necessary for a medical purpose,” Tobin explained to me in a 2019 interview for WIRED.

Now, having sided with science and compassion, the Canadian government approved Tobin’s exemption—although the patients will still have to secure their own psilocybin-containing shrooms on the black market.

But there’s an interesting parallel here: Section 56 is the same segment of Canada’s drug laws that allowed for an exemption of medical marijuana back in 1999. By mid-2002, less than 700 people had been enrolled in the medical cannabis program, but it didn’t take long for pot to become a huge industry in Canada.

In 2018, the Great White North fully legalized cannabis, the second country after Uruguay to do so—meaning that now you don’t need a doctor’s note to smoke weed. Last year, the cannabis market reached $1.2 billion in Canadian dollars, although there have been growing pains for the nascent industry and the Covid-19 pandemic has also slowed growth.

It doesn’t seem far-out to question whether psychedelics like psilocybin will follow the same or a similar route. Canada already has a small, but rapidly growing psychedelic industry. The frigid nation was the first country to allow psychedelic startups like Mindmed and Champignon Brands on their stock market. At least five other companies, including Cybin Corp, Novamind Ventures and Silo Wellness are looking to soon join them.

Many companies and investors in this space are veterans of the Canadian cannabis scene who see potential in what some predict will be the next multi-billion dollar industry, led by pharmaceutical giants like Johnson & Johnson.

Read: Psychedelics on the Stock Exchange?

“We foresee the potential for changes through an increase in the number of actors on the basis of broader applications of section 56 of the CDSA or increasing approvals granted by Health Canada under existing regulations,” three lawyers at a McMillan, a Canadian business law firm, wrote last month. “[I]t is important to note that as of today, the psychedelics industry in Canada is highly regulated, and companies seeking to operate within it will need to contend with complexities around compliance. Though the investing public has clearly demonstrated comfort with supporting it by capitalizing issuers operating within this industry, psychedelics remain at an emerging stage.”

But for Tobin’s part, he’s not entirely comfortable with this trend outside psychotherapy. “I’m a little uneasy that there are many entrepreneurs in Canada that see psilocybin as the next big thing, and I want to discourage that,” he said in an interview with Bloomberg last year. “I don’t see psilocybin as something that will become legal in Canada or necessarily ever should be.”

While it may just start with four patients under strict conditions whose lives are sunsetting, this decision to allow for psilocybin access could have broad consequences for the future of psychedelic research and investment. TheraPsil is already preparing to file for more exemptions, which can be submitted on their website.

How To Make LSD: The Process Explained