For decades, the cause of the bluing reaction in psychedelic mushrooms baffled scientists. German researchers finally cracked the code.

There is no shortage of diversity amongst mushrooms. They come in all shapes, sizes, colors, and textures. Some dawn fibrous veils, others display long tendril-like manes, a few glow in the dark, and some bruise blue. Many mycologists dedicate their lives to documenting and studying the intricacies of these unusual organisms, and their discoveries never cease to surprise. One of the most recent findings? A team of German scientists cracked the decades-long mystery behind blue bruising mushrooms.

If your mushroom bruises blue, it might be psychedelic. Blue bruising is one of the notable characteristics that can help identify a magic mushroom. To be more specific, blue bruising may indicate whether or not a mushroom contains psilocybin and psilocin, the primary chemical compounds responsible for the psychoactive effects of certain mushroom species.

Bruising is common in many different mushrooms. Even the common button mushroom, found in abundance at the local supermarket, can develop bluish-purple bruises when injured. Yet, these bruises are not caused by ruptured blood vessels, like they are in humans and other animals. Instead, injury can trigger chemical reactions in mushrooms that cause them to change color.

Why Do Mushrooms Turn Blue?

The exact cause of the bluing reaction evaded scientists for decades. The first major breakthrough came in 1967, nine years after Albert Hofmann successfully isolated and identified psilocybin. The discovery came from a research team in Ithaca, New York, who observed a bluing reaction in rat brain cells treated with psilocin. Oxidation of the compound triggered the color change, they articulated.

Psilocin is the primary psychedelic compound that comes from magic mushrooms—if you’d like to get technical. Psilocybin often takes the limelight, but the chemical is converted into psychedelic psilocin in the human body. It’s psilocin that makes it to your brain. Once there, the compound can induce brain states that inspire profound and sometimes mystical experiences.

In a growing magic mushroom, however, psilocin is found only in trace amounts. Psilocin is an unstable molecule that breaks down quickly. Psilocybin, in contrast, is more stable and thus found in greater abundance in the fungi. But, despite psilocin’s scant appearance, researchers had a hunch that the touchy molecule was the culprit behind the mushroom’s signature bluing reaction. It took scientists nearly six decades, however, to solve the mushroom mystery.

In 2019, German researcher Dirk Hoffmeister and his colleagues identified the source of the bluing reaction psychoactive mushrooms. Picking, handling, or damaging the mushrooms triggers a chemical reaction that activates two enzymes in the mushroom, PsiP and PsiL. The first enzyme, PsiP, converts psilocybin to psilocin in the mushroom. This is similar to the way in which enzymes in the human liver also catalyze psilocybin to psilocin. In our case, the reaction inspires a psychedelic experience.

Psilocin doesn’t necessarily hang around long in magic mushrooms, however. The compound is quickly oxidized by the second enzyme, PsiL, rendering the molecule unstable. As a summary published by Nature explains, this action “forces individual psilocin molecules to fuse into pairs, trios, and larger groupings.” These psilocin conglomerates appear blue to the human eye because the new chemical structures reflect blue light.

Do All Magic Mushrooms Bruise Blue?

Not all magic mushrooms bruise blue. You may be surprised to find out that not all psychedelic mushrooms produce psilocin or psilocybin. The psychoactive properties of Amanita muscaria, for example, are caused by the chemicals ibotenic acid and muscimol, not psilocin. This mushroom species, and related species in the Amanita family, do not bruise blue.

Read: Liberty Caps Are Among The Most Potent Magic Mushrooms

Similarly, the bruising reaction varies in different psilocybin-containing species. Sometimes, a mushroom will bruise just a faint blue, while other times, the bruising will appear very dark and hard to miss. Psilocybin-containing magic mushrooms become less potent the more they bruise. The more bruising, the more psilocin is converted into other inactive compounds. For this reason, it’s always recommended to handle and harvest these mushrooms with great care.

Several species of psychoactive mushrooms bruise blue. Blue bruising is one of the primary—but far from the only—ways to identify a magic mushroom. Just because a mushroom bruises blue does not mean that it’s psychoactive or that it’s safe. Blue bruising is far from the only feature used to identify magic mushrooms. Spore color, gill structure, and the presence of a gelatinous pellicle are other indicators, just to name a few. This guide, however, is not intended to provide comprehensive instruction on mushroom identification. Yet, without further ado, here are three of the most common mushroom genera associated with blue bruising:

The most famous blue bruising mushrooms belong to the Psilocybe genus, which includes the legendary Psilocybe cubensis. These mushrooms are perhaps the easiest for citizen mycologists to recognize. Although, cubensis certainly isn’t the only blue-bruising Psilocybe around. Here are three of the most popular psilocybes:

It’s worth noting that, as Paul Stamets writes in his book Psilocybin Mushrooms of the World, some psilocybe species may not bruise at all. Yet, for the amateur identifier, blue bruising is a hallmark characteristic of psilocybe mushrooms.

It’s a fact: Many psilocybin-containing species grow in dung. Members of the Panaeolus genus are prime culprits. These humble brown mushrooms may not look like much, but the genus produces several potent psychoactive species. Although, they certainly aren’t as popular or well-known as the psilocybes. One of the most common blue-bruising Panaeolus mushrooms is Panaeolus cyanescens, more popularly known as the “Blue Meanie.”

Both Psilocybe and Panaeolus mushrooms fall under the category of the humble “little brown mushroom.” The same cannot be said for Gymnopilus, however. These mushrooms feature a striking red-orange coloration, and their bruising appears green against such a bold backdrop. Common psychoactive Gymnopilus species include:

Read: How To Make A Spore Print

Not all blue-bruising mushrooms are psychoactive. Many mushrooms develop blue, purple, green, or black coloration when handled—so many that they’re impossible to list in this short article. Color changes are common in mushrooms both with injury and as the fungi age. Some mushrooms, which develop blackish coloration at the base, can be poisonous. As such, it’s essential to do due diligence when identifying mushrooms.

Still, for the edible and psychedelic mushroom lover, the following mushrooms are worthwhile to recognize—just keep in mind that this brief list is far from comprehensive.

The Gyroporus genus falls under the order Boletales, which contains many edible mushrooms. The edible mushrooms in this order are colloquially referred to as Boletes. Several species of boletes bruise blue when they are cut or damaged. Yet, the bluing reaction in these mushrooms is not caused by psilocin. Instead, it’s the oxidation of another unique compound, gyrocyanin, that triggers the color change. Gyrocyanin is not psychoactive.

Additionally, not all boletes are edible, blue-bruising or otherwise. Boletus satanas is very poisonous, for example, as is Boletus rubroflammeus. Of the edible blue-bruising boletes, the species Gyroporus cyanescens is the most well-known. It’s sometimes called the “cornflower bolete;” its cap features a textured yellow appearance.

This mushroom does not simply bruise blue一it bleeds blue. Lactarius indigo secretes a milky blue liquid when cut with a blade. But, here’s what’s the most surprising thing about this indigo wonder: It’s edible. Although, its obscure color can certainly make it difficult to work up an appetite. The fact that it leaks doesn’t help, either.

The blue coloration in Lactarius indigo does not come from the presence of psilocin. Instead, this mushroom is blue throughout its lifecycle, sometimes becoming even darker blue when handled. The milk it produces一properly called latex一is a notable characteristic for all species under the Lactarius genus. The name itself derives from the Latin root lac, which means milk. Researchers speculate that the mushroom produces this latex to deter predatory pests and parasites. It’s worth noting that the latex produced by this mushroom is not the same as that produced by the rubber plant, chemically speaking.

Every fungal genus can contain dozens of different mushroom species. Sometimes, a genus will contain multiple species of edible or psychoactive mushrooms. Yet, often, a genus can also include mushrooms that are very poisonous一just because a given mushroom belongs to a particular genus doesn’t mean that it’s safe to consume.
Mushrooms in the Inocybe genus make for a perfect example.

Some Inocybes, like Inocybe aeruginascens, are psychedelic and contain psilocybin. Others, like Inocybe calamistrata, are fatally toxic and may develop a dark blue-black color at the base. Differentiating one inocybe species from another is exceptionally challenging, even for experienced mycologists. As such, foraging this mushroom species is not recommended.

Finally, the Galerinas. Do not take mushrooms in the Galerina genus lightly. Accidentally ingesting a galerina mushroom can cause fatal organ damage. These wood-loving mushrooms produce rust-brown spores and often feature red-orange coloration. They may grow near psilocybes and other psychedelic mushrooms, which makes galerinas particularly dangerous to psychonauts foraging inclinations.

Galerinas provide an excellent example of why a blue bruising pattern alone is not a reliable way to identify magic mushrooms. Like many mushrooms, the flesh of a galerina can change color with age and with injury. It’s not unheard of for these mushrooms to develop blackish coloration on the stem一confusing this black for blue can be a deadly mistake. 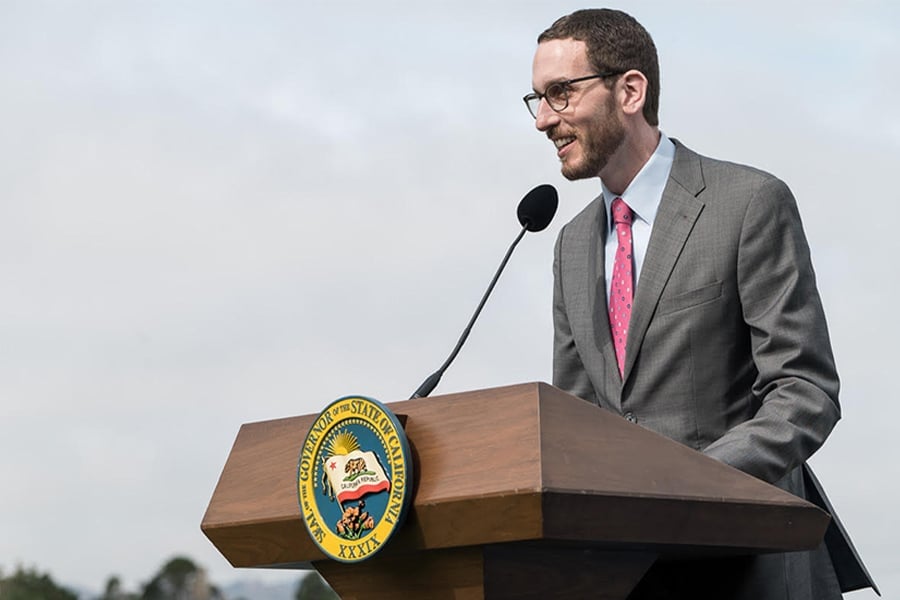 Inside the politics of ending psychedelic prohibition in the Golden State. Lucid Dreaming 101: What It Is and How to Go About It

Lucid dreaming is an ancient spiritual practice that comes with added health benefits. Here's how you can learn to lucid dream, and which herbs will help you get into the dreamstate.