DoubleBlind Mag is devoted to fair, rigorous reporting by leading experts and journalists in the field of psychedelics. Read more about our editorial process and fact-checking here. Editorially reviewed by Madison Margolin.
Table of Contents
1 What Is MDA?
1.1 MDA: History of Sassafras Drug Synthesis
1.2 MDA vs. MDMA
1.3 Is Sassafras MDA?
1.4 What Does MDA Feel Like?
1.5 Effects of MDA
1.6 How Long Does MDA Last?
1.7 MDA: Drug Dosage

MDA (3,4-methylenedioxyamphetamine), often called “sass,” “sassy,” or “sassafras,” is a psychoactive substance that was difficult to classify for much of its existence. Initially described as a unique psychedelic with an unusually powerful emotional component, MDA’s more precise classification as an entactogen didn’t occur until after the discovery of MDMA—a discovery that was partly inspired by MDA. While entactogenic drugs often possess some qualities of other drug classes, such as psychedelics or stimulants, they are specifically characterized by their tendency to produce feelings of closeness with others, relatedness, and emotional openness.

MDA’s history began with its initial synthesis in 1910, but its psychoactivity in humans wasn’t discovered until 1930 following its first documented ingestion by American chemist Gordon Alles. In the decades after, MDA was tested by various pharmaceutical companies as a potential treatment for Parkinson’s disease, depression, obesity, and the common cough. Under the codename “EA-1298,” it was once even investigated as a potential interrogation drug by the U.S. military.

MDA never did manage to make its way into military arsenals or pharmaceutical companies’ product listings, but it did find a home in the bodies and brains of recreational drug users.

The popularity of MDA exploded in the late 1960s, becoming such a staple of U.S. drug culture that its name was said to stand for “Mellow Drug of America.” Still legal at the time, MDA could be mail-ordered in seemingly endless quantities from chemical supply warehouses and distributed at house parties, clubs, and festivals. A 1967 study evaluating MDA’s potential applications as a therapy tool stated that MDA can “enhance access to feelings and emotions without the distractions of sensory distortion”—an effect that set it apart from the many other frequently used substances at the time.

As a result of MDA’s addition to Schedule I of the U.S. Controlled Substances Act in 1970, formal research of the drug effectively came to an end. The discovery of the effects once unique to the drug, however, paved the way for future interest in the therapeutic uses of entactogens, such as modern research into MDMA for treating post-traumatic stress disorder.

Although MDA is still around and used by many today, its popularity has been overshadowed by the world’s current entactogen of choice: MDMA.

MDA and MDMA are often compared to one another for a number of reasons: Both belong to the same drug classes, are generally used in the same settings, and have historically been encountered in the same forms. At face value, it may be easy to consider the two substances interchangeable, but MDMA and MDA are two distinct drugs, each with their own unique dosages, durations, and effects. A closer look reveals the more subtle differences that set each substance apart.

The most immediately apparent difference between the two lies in their names. MDA’s full chemical name is 3,4-methylenedioxyamphetamine, while MDMA’s is 3,4-methylenedioxymethamphetamine. Though their lengthy names differ only slightly, the four additional letters in MDMA’s name, “meth,” indicate that the MDMA molecule has one additional carbon atom and two additional hydrogen atoms compared to MDA.

This difference of only a few atoms, insignificant as it may seem, radically alters the way the two drugs interact with the brain. MDA, unlike MDMA, has the ability to act as a serotonin receptor agonist. This property, in which MDA can mimic serotonin and bind to its receptors, is similar to how many “classical” psychedelics, such as acid and shrooms, function in the brain.

The role of MDA as a serotonin receptor agonist may explain why many users describe MDA as “more psychedelic” than MDMA. While MDA is capable of producing visual effects, they are often different in character and less pronounced than those produced by other common psychedelics.

After consuming MDA at home with his wife, Reddit user /u/bob493 stated, “It was more ‘party’ than ‘love.’ MDA was by no means unpleasant; it was glorious. It just didn’t have that soul-baring problem resolution that MDMA has. If you’re looking to PARTY, MDA is definitely the way to go.”

Many others who have used both substances also describe MDA as being more stimulating, less emotional, and longer-lasting than MDMA. Given this comparison, MDA may be better suited for high-intensity environments, such as parties and music events, while MDMA may be more appropriate in calm, relaxed settings.

Although MDA is frequently referred to by the nickname “sassafras,” along with several shorthand variations of the word, sassafras and MDA are far from the same. While MDA is an entactogenic drug, Sassafras is a genus of trees native to North America and East Asia.

Aside from putting on a remarkable fall display and filling the air with a pleasant fragrance, sassafras trees have also seen a very long list of other uses throughout human history. Native American tribes found uses for sassafras as a medicine, flavoring, fire starter, building material, food preservative, and dye.

Following European colonization, the tree quickly became a hot commodity in Europe, where it was believed to be a cure for syphilis. In more recent history, the roots of the tree were a defining ingredient in root beer; its leaves, a key spice in gumbo.

The widespread commercial use of sassafras was brought to a halt by the FDA in 1960. This decision was made after it was discovered that safrole, a naturally occurring compound in sassafras trees, causes severe liver damage and several different types of cancers.

Safrole is a vital precursor in many of the common routes used to synthesize MDA. The sweet-smelling oil, which comprises up to 80 percent by weight of sassafras extracts, is only a few chemical transformations away from MDA. As sassafras products were once a readily available starting material for clandestine chemists everywhere, it’s no wonder why MDA came to adopt its name.

As with all drugs, an individual’s MDA experience is highly dependent on the dose consumed, physical environment, and state of mind. With that being said, there is still much that can be learned about the general character of a drug’s experience by evaluating the experiences of others.

I interviewed a friend of mine, Mohr, who first consumed MDA in the early 1970s. Recalling his series of encounters with MDA, he stated, “It was an extremely lucid effect. I could sit with friends playing board games, and things were mellow enough that our parents could be around and not suspect a thing. There was an excellent strong positive feeling, but I wouldn’t say it caused euphoria like a stimulant does. It was psychedelic—there were visuals, but they were not overwhelming or disorienting.”

Mohr’s use of the word “lucid” in describing MDA’s effects is consistent with many of the MDA experience reports published by Erowid, which generally seem to indicate that the experience is cognitively clear and remains grounded in reality. This might suggest that MDA is less prone to causing frightening or confusing episodes when compared with other traditionally used psychedelics

Mohr said that his trials with MDA had a lasting effect on him, writing, “It definitely opened the doors to all of the personal changes that ensued. Definitely made me profoundly aware of the sentient forces of earth, sky, and sea in ways that changed me a great deal.”

MDA has an extensive list of effects, but the most prominent of them include stimulation, physical and cognitive euphoria, changes in visual perception, and an enhancement of sociability, affection, and empathy. In terms of the physical sensations it produces, Psychonaut Wiki states, “The ‘body high’ of MDA can be described as a moderate to extreme euphoric tingling sensation that radiates throughout the entire body.”

Many users of MDA report that it provides an increased ability to clearly communicate deep-seated emotional content with others, an effect that encourages use in social settings.

Aside from the desirable effects, it’s important to note that MDA is meaningfully more physically taxing than many of the “classical psychedelics,” causing increases in heart rate, dehydration, blood pressure, and body temperature. Due to this, it’s especially critical that one periodically takes breaks from dancing or other strenuous physical activity while on MDA. Doing so can help avoid the risks of overheating or dehydration.

How Long Does MDA Last?

According to Psychonaut Wiki, MDA lasts anywhere from five to eight hours. Mohr described a duration of about six hours, followed by a gradual return to baseline. This general range of five to eight hours seems to be consistent among most people, though it is important to note that higher doses, such as those more than 125mg, can have a duration lasting for up to eight to twelve hours. Conversely, lower doses may have a duration that is shorter than five hours.

For some, the tail end of the experience coincides with an unpleasant comedown, leaving the user feeling restless, emotionally drained, and physically uncomfortable. Those using MDA should prepare accordingly, ensuring they have a comfortable environment to retreat to once its effects wear off.

Consuming an appropriate dose of MDA is key to having a safe and enjoyable experience. The dosage guidelines listed below from Erowid are specifically for oral use, which is the most common way of taking MDA.

When consuming any substance, it is important to use a drug checking kit to ensure that the desired substance is present. Due to the small quantities involved, it’s also important to use an accurate milligram scale to measure out doses. Estimating doses based on the size of a pile of powder is unreliable and dangerous.

MDA is often sold as crystals or a fine powder, making dosing quite simple. When sold in the form of pressed pills, however, determining the pill’s MDA content can be trickier. In this case start with only a small amount, such as a half pill, gauge your response, and adjust accordingly. It’s always a good idea to keep in mind that you can always take more, but you cannot take less.

To summarize, MDA is an interesting drug that served as the main predecessor to many of the entactogens available today. Though its popularity has dwindled in recent decades, it’s nonetheless a valuable and unique substance deserving of exploration. 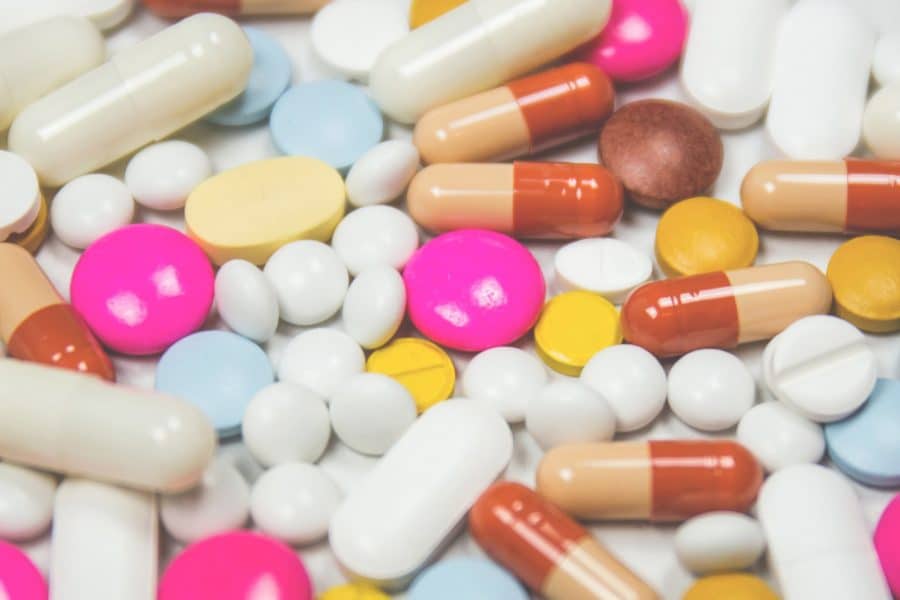 Vancouver Becomes First City in Canada to Decriminalize All Drugs

On Wednesday (Nov. 25), Vancouver's City Council unanimously voted to decriminalize all drugs, from LSD to heroin. 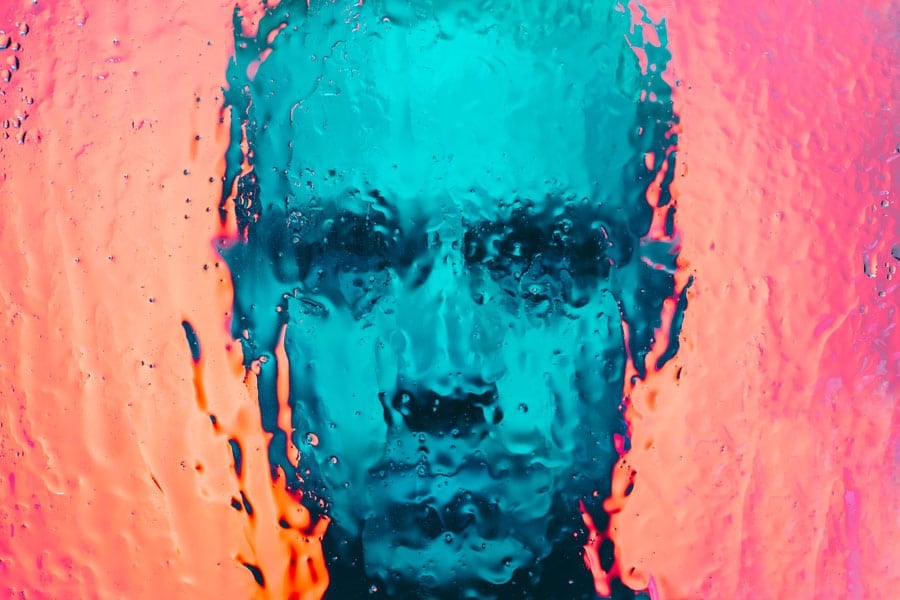 What Removing the “Hallucinations” from Psychedelics Means for Psychotherapy

A growing number of companies and researchers are attempting to make psychedelics that don’t cause hallucinations or visions. But will they work as well?