What Does It Mean to “Be Here Now?”

One man tackles an age-old question—and comes upon insights, beneficial to us all.

It’s 10:26 PM and I am staring out my dining room window at the Pacific Ocean. The moon is so full it seems as though it might burst. Its reflection dances on the surface of the water, only to be briefly interrupted by the pitch-black waves marching thunderously toward the shoreline. As I sit transfixed by the spectacle, a familiar phrase pops into my head. “Live in the moment.” It pauses, then repeats itself. “Live in the moment.” I say the phrase out loud as if proclaiming it will allow me to understand it more deeply. “Live. In. The. Moment.” I ask myself, what does this really mean? What does this request require of me? I believe most people would puff out their chest with a sense of arrogant certainty, and say that what it means to live in the moment is simply to keep your mind from wandering and to be present in the now. It’s an attractive answer in its bare simplicity, but for me, the real answer is far more beautiful, totally mind-blowing, and hiding all around us in plain sight.

So often we find ourselves chasing the ghosts of the past, or living in the dreams of the future, that it can become daunting to plainly be here now. This is an expression my mother used to say to me often. When I was stressing, or casting my net so far out that I would begin to drift, she would look at me and say, “Adma, Ram Dass says, ‘Be here now.’” The gentle texture of her voice, coated in love and safety, would always bring me back to center, if only for a bit, before I cast my net out again.

My mind has always been a nomad, traveling far and wide to unfound boundaries, leaving at a moment’s notice and comforted by the fact that lying beyond every answer is two more questions. This has made it difficult, at times, to “live in the moment.” Even to this day, when I need to focus, I close my eyes and hear her voice in my head, “Adma, be here now.” It always helps to keep me from drifting.

There are certain experiences in life that do not allow you to drift at all, they require your undivided, fervent attention. Being swiftly kicked in the testicles sharpens your focus so radically and immediately, that the term live in the moment is literally broken down into a nanosecond by nanosecond experience, until finally, the fiery ache radiating from your groin into your stomach releases you, and you realize that what had seemed an eternity was only a few short ticks of the clock. There have been a couple times I have been whacked in the nuts so hard, I half expected to have grown a beard in the brief interval it took for the pain to subside. Your first kiss, how perfectly un-perfect a moment that is. The awkward beauty of faking proficiency to disguise vulnerability, all while trying to keep your heart from beating straight out of your chest.

Then there’s discovery. I am always present in the wake of finding something new. I’ll never forget the time I found my unit and gave that thing its first firm tugging. Holy shit, I did not leave my room for weeks. Let’s just say I lived in the moment several times a day, every day during that phase of my life. As magical as a discovery that was, nothing, and I mean nothing, was more profound, more life-altering, than the discovery of music. I will never forget that moment. Five years old, Indian Harbor Beach, Florida, tucked between the old grey couch and the vinyl record player as to not be discovered. See, according to those pesky and ridiculous giant humans that referred to themselves as my parents, I was far too young to operate such a sophisticated piece of technology on my own. Shockingly enough, this did not deter me from doing it anyway. If anything, it made the whole thing more exciting.

How do we as people, willingly and effortlessly, anchor ourselves in the now? How do we, as so often is said, “live in the moment?”

I put on the set of old headphones that were 100 sizes too big for my tiny little dome, almost as if I had strapped two toasters to my head. At first, all I could hear was the rusty scratching of the old needle caressing the grooves of the worn-out record. There was a concoction of adrenaline and anticipation coursing through my veins. Then, out of the vast universe of nothing came, Bob Marley’s “No Woman No Cry,” live version, from album Legend. I was born right then and there.

Obviously, though, our moments can’t all be first kisses, testicle kicks, and Bob Marley. So the question remains: How do we as people, willingly and effortlessly, anchor ourselves in the now? How do we, as so often is said, “live in the moment?”

To live in the moment, it is imperative to know what the moment is. How can we occupy something we only superficially understand? This moment is life—what a massive and meticulously beautiful thing. But our desensitization toward our own remarkable existence, and all that encompasses it, runs so deep that we could see a dolphin reciting Shakespeare and respond with a monotone mumbling of “how many hits does it have on YouTube?” Our entire universe, including our very lives, has materialized through windows of opportunity so infinitesimal that the best minds have only been able to scratch the surface of it.

Sure you can tell me all the reasons why I am standing on a rock that is hurdling through space at 67,000 mph, and rotating at a rate of speed of over 1,000 mph, but still feels as calm as a winter lake: Big fucking deal. Fascinating? Definitely! But that’s only the very beginning. I could explain how Mozart’s Requiem in D minor is nothing more than a series of vibrations based off a frequency of 17.32 hz with a 1991.47 per cm wavelength. Does that make it any less of a remarkable creation? To look at life, and the universe, solely through the eyes of science, is to look at the most remarkable piece of art ever created like a math problem. To ignore science for religious dogma is plainly irrational. We, as humans, are limited to only five senses. Do you really believe the universe operates within the confines of our perception?

Look at the world around us. I mean really look. Every day we stare a miracle in the face and label it ordinary. What is ordinary about life? An infinite number of cells, and atoms, colliding and vying for supremacy. The countless genus of plants and species of life that inhabit this flickering spec in the unending cosmic fabric. Where is the ordinary in anything? Our minds have been conditioned to accept the world around us as standard. We call it normal, file it under “nothing special,” and move right along. This is insanity! Once I scrap any and all notion of normality, I am able to feel the unending amazement that is the appropriate response to this gift we are given called life, to this moment.

Once I scrap any and all notion of normality, I am able to feel the unending amazement that is the appropriate response to this gift we are given called life, to this moment.

My heart is as full as the moon, ready to burst. I am asking you now to step back and look at your life, look at your moment. Feel the enormity and the beauty of it all, balancing on a pinhead. See every face of every friend and family member you have ever loved, and realize you are not just in your moment right here, right now, but you are in every moment that ever was or ever will be, as am I.

Why MDMA Will Likely Be Legal Before Weed

Despite the cannabis movement's gains in jurisdictions around the country, MDMA is further along in the process to become a prescription medication.

Santa Cruz is now the second jurisdiction in California to pass a Decriminalize Nature Initiative, and the third in the country to decriminalize mushrooms. 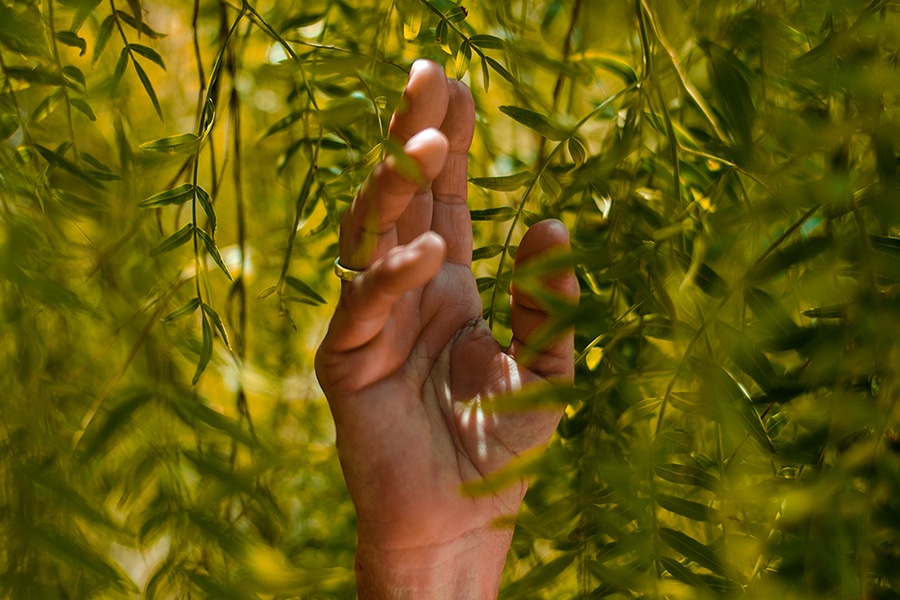 What Permaculture Teaches Us About Psychedelics

Permaculture helps us recognize systemic patterns and relationships—here's how that applies to the psychedelic movement.