Top 7 Weirdest Mushrooms on the Planet

Take a gander—we dare you.

Mushrooms are having a moment. After centuries of being associated with poison, rot, and death in mycophobic Western cultures, hot trends like Netflix’s Fantastic Fungi documentary and the resurgence of using mushrooms in medicine and psychedelic healing are reminding us of the vital role mushrooms can play not only in ecosystems but in our own bodies and minds. Fungi (a set of organisms so distinctive they are their own biological kingdom) encompass everything from yeasts and molds, to the vast underground mycelium networks that produce mushrooms as their fruiting bodies. Fungi and humans branched off from a common ancestor about one billion years ago, meaning we are more closely related to mushrooms than we are to plants—but that doesn’t mean there’s always a family resemblance. Here are some of the strangest forms fungi can take when they pop up in our surroundings…

Also known as a basket stinkhorn or “the red cage,” this fungus grows in a structure reminiscent of the geodesic domes you might expect to see at Burning Man. Like many mushrooms, this one begins its lifespan as a whitish egg that expands and ruptures to reveal a hollow, roughly spherical fruiting body made up of a pink, orange, or reddish lattice. (That color comes from carotenoids, the same compounds that give orange and reddish colors to carrots, tomatoes, salmon, and shellfish.) The latticed stinkhorn smells like rotting meat, which attracts flies who in turn disperse the mushroom’s spores. It’s been introduced to all continents besides Antarctica but was originally most common in Europe, where perhaps due to its eerie form, some cultures have historically associated it with ailments ranging from skin rash to cancer.

Sandy stiltballs grow on arid lands like deserts and sand dunes, and are typically sandy in color, with a shaggy or scaly texture that could easily be mistaken for wood. Even more striking is their height: they usually stand between 5 and 15 inches, but have been observed growing more than two feet tall! Though inedible, sandy stiltballs are so often harvested by fungi collectors that they’ve been awarded legal protection in Hungary and the United Kingdom. However, in Cyprus (where the mushroom is known as a “donkey fungus,” perhaps because it resembles a donkey’s penis), the immature egg form of the mushroom is sometimes eaten, and it is used to promote the growth of healing scar tissue by the Criollo herdsmen of northern Argentina.

The bleeding tooth looks like it belongs in a horror movie, though it is sometimes referred to—more generously, I’d say—as the “strawberries and cream” mushroom. Its pinkish flesh oozes globs of thick red juice when growing in moist environments, the result of a phenomenon called “guttation” (also common in plants), where sap is pushed up and out by underground water pressure, usually at night, when relative humidity levels rise. The underside of this mushroom’s cap is covered in tiny “teeth” that produce and release brown spores, and its odor has been described as “mild to disagreeable.” Widely distributed across North America, from Alaska to the East Coast, it has also historically been common in Europe, but sightings there are declining possibly due to pollution. Despite its frightening appearance, the bleeding tooth (like all mycorrhizal fungi) is merely the visible manifestation of an underground mycelium that exchanges minerals and nutrients with the roots of trees and plants, helping to balance and maintain forest ecologies.

Another type of stinkhorn, the veiled lady is known for garbing itself in a lacy veil or skirt (scientifically known as the “indusium”) that hangs down from its conical cap. The cap itself is covered in a greenish-brown slime containing spores which are dispersed widely by the flies and other insects it attracts. The veiled lady mostly grows in the woodlands and gardens of tropical areas, including parts of China, where its fragrance, tender texture, and high protein and fiber content make it a popular ingredient in stir-fries and soups. Once a rare, royal delicacy, the veiled lady has become highly abundant in China thanks to the rise of industrial cultivation techniques. It is considered an aphrodisiac, and has been used in traditional Chinese medicine since at least the 7th century; recently, Western medicine has been catching up, studying the mushroom for its antioxidant and antimicrobial properties.

No list of weird mushrooms would be complete without a member of the psylocibe family (popularly known as “magic mushrooms”), which contain psilocybin and thus induce psychedelic trips that can make you feel… weird. Wavy caps have effects similar to those of the better-known P. cubensis, but are perhaps more naturally potent. Wavy caps may produce up to 1.68 percent psilocybin, making them among the strongest known psilocybe species. Their defining characteristic is a wide, wavy cap that looks downright magical, and like other magic mushrooms, they tend to bruise bluish when damaged. While most abundant in the Pacific Northwest, these mushrooms have been found in parts of Asia and Europe, sometimes fruiting in great abundance: a single cluster on a racetrack in England was once estimated to contain about 100,000 wavy caps.

Named for its resemblance to the color of amethyst, a purple form of quartz often used as a gemstone, this mushroom gets called a “deceiver” because its bright, distinctive coloration can rapidly fade with age and weather, making it tough to identify. Despite their small stature (the caps are usually about an inch wide), amethyst deceivers in their prime can easily attract the eye, growing in striking clusters on the forest floors of Europe, Asia, and the Americas, as well as on soils that have been treated with ammonia or other nitrogenous fertilizing compounds. Its highly abundant cousin, Laccaria laccata, is more referred to as just ”the deceiver” because it can take several different forms, ranging from red to pink to orange to brown, but it too becomes drabber and less identifiable with age.

Not to be confused with “chicken of the woods” (Laetiporus sulphureus, a yellow shelf fungus known for tasting like chicken), or “hen of the woods” (Grifola frondosa, named for its resemblance to hen heathers), Lyophyllum descastes is a relatively non-descript specimen, small and brown and usually growing, as many mushrooms do, on land that’s been disturbed: roadbeds, gravel paths, and landscaped areas. (Another common name for this mushroom is “chicken of the gravel.”) Perhaps the weirdest thing about this mushroom is its name, whose origin seems uncertain; though it is edible, foragers disagree about whether it even tastes like chicken, let alone fried chicken, though it’s said to be greasy and pleasantly chewy when cooked. Distributed throughout North America, but especially on the West Coast from summer to fall, it might not be your first choice for dinner, as it causes stomach troubles in some and is easily confused with poisonous species. You’d have better luck battering and frying its more popular relative, regular old “chicken of the woods.” 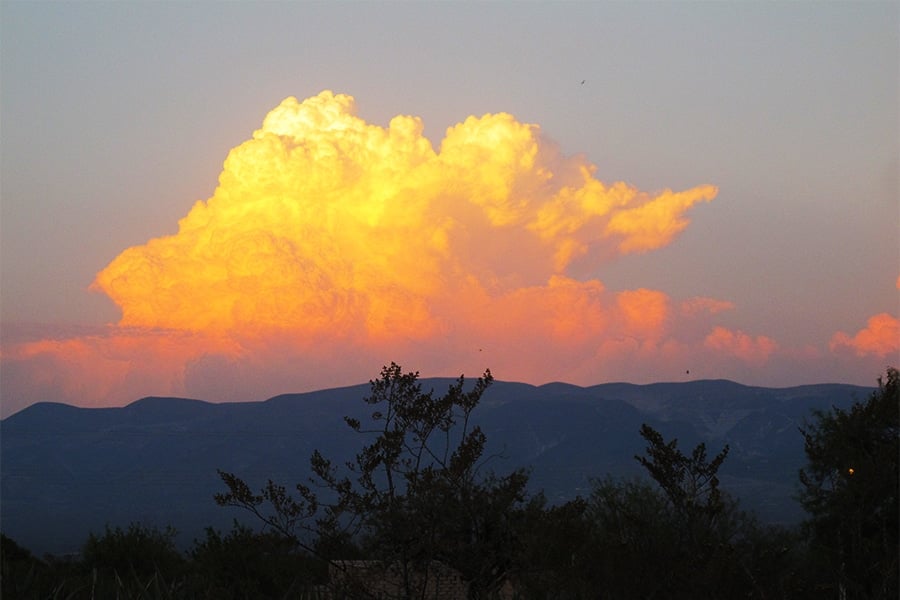 The Wixárika people of Mexico struggle to continue their sacred pilgrimage to gather peyote amid extractive forces.

Working with Spiritual or Religious Patients with Albert Garcia-Romeu