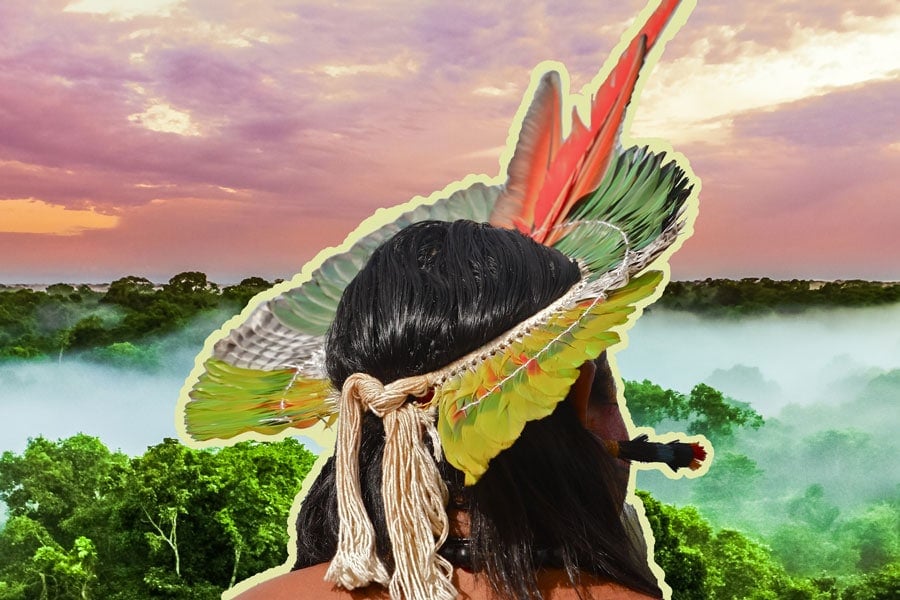 Brazil's Congress is about to vote on a policy that would legalize mining and other industries in the rainforest, whilst denying indigenous people the right to object.

Home »
DoubleBlind Mag is devoted to fair, rigorous reporting by leading experts and journalists in the field of psychedelics. Read more about our editorial process and fact-checking here. Editorially reviewed by Shelby Hartman.

The environmental risk to the Amazon is getting more dire—this time because Brazil’s Congress is about to vote on a bill that would legalize mining, hydro-dam construction, fossil fuel extraction, industrial agriculture, and ranching in the rainforest’s indigenous territories. As reported in a story entitled, “Proposed Law of Devastation,” without environmental protections in place, the new policy would allow industrial interests to utilize the Amazon’s resources—without authorization from the indigenous peoples who live there and who have no legal means of even vetoing the law. Indeed, the denial of indigenous veto power violates the United Nations Declarations on the Rights of Indigenous Peoples, which was meant to give indigenous peoples the right to veto national legislation and state management of resources.

This new law comes at a pivotal time, when more and more mining companies, encouraged by Brazilian President Jair Bolsonaro (who’s been notorious for undermining the government’s existing environmental protections), are making requests upon indigenous territories in the Amazon. Twenty-three percent of the Brazilian Amazon is under the auspices of indigenous territories—in other words, 173 indigenous tribes inhabit 359 indigenous lands spanning 444,000 square miles. At the same time, 18 percent of the Amazon has already been cleared for industrial purposes (ranching, plantations, mining, towns, and roads).

Twenty-three percent of the Brazilian Amazon is under the auspices of indigenous territories—in other words, 173 indigenous tribes inhabit 359 indigenous lands spanning 444,000 square miles.

While deforestation had been declining until 2018, with the election of President Bolsonaro, the risk of environmental damage has re-emerged amidst political vows to open up the Amazon to industry. To that end, Bolsonaro gutted Brazil’s federal environmental agency meant to protect indigenous regions from deforestation and rights violations. In effect, indigenous peoples themselves, along with NGOs advocating on their behalf, have been tasked with self-protection in the face of government-sanctioned social and environmental threats. In essence, with the governmental system of checks and balances curtailed in favor of industrial interests, there’s little defense for the environment or the indigenous peoples living there—and even more so if this bill passes.

As one Kayopó indigenous leader, Oro Mutura put it, “We want to tell the kubé [white men] to listen, to respect our rivers, our forests, our land for where there is mining it gets worse for us because we can get sick. The relatives who live where there is gold mining are already sick. There is a lot of mercury contamination, even fish. That’s why I don’t want to mine in my village.”