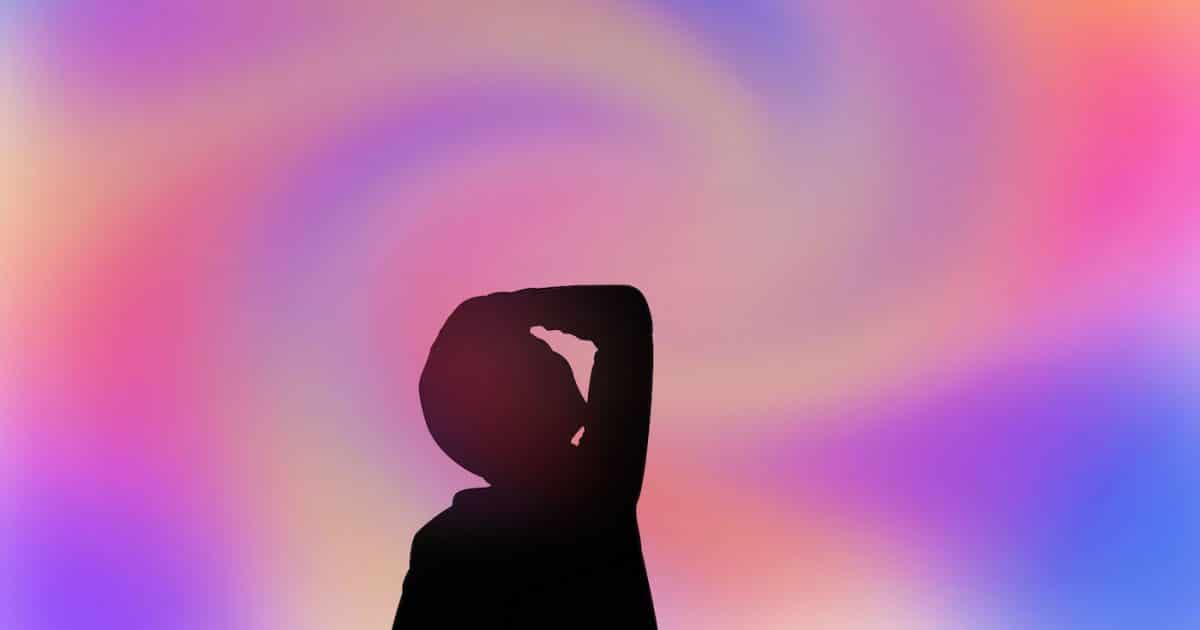 What Are the Long-Term Effects of Microdosing Psychedelics?

The long-term effects of microdosing have been largely unstudied, but aside from building a tolerance, there may be other risks or benefits we don't know about yet.

So you’re interested in microdosing psychedelics. You’ve read story after story about all the ways that small, sub-perceptible doses of LSD, psilocybin, and other psychedelics are helping folks remove creative blocks, solve stubborn problems, find focus, improve relationships, and lift depression. Based on these stories, microdosing seems like a promising solution to many daily plagues, especially in a society that stresses productivity above all else—including your mental health.

A microdosing practice involves taking small doses of your preferred entheogen every few days for an extended period of time—as long as you find it to be beneficial. You could microdose for a week, a month, a year…and it’s not unheard of to continue for even longer.

However, the longer you microdose, the more often you might be thinking, how might this be affecting my brain and body in the long-term?

Despite the booming popularity of microdosing psychedelics, we really don’t know; research on microdosing is still in its infancy. However, this question opens up others that are contextually important: How do researchers begin investigating the long-term effects of any drug? Do anecdotal reports tell us anything about the potential risks or benefits of long-term microdosing?

Without a crystal ball to see into the future of regular microdosers, let’s talk about what we know about microdosing today, as well as where studies might be headed.

The Research on Microdosing To Date

Humans have had a long, harmonious relationship with plant medicines and psychedelics. There’s evidence to support that psilocybin mushrooms and peyote have been used for millennia, and that rituals involving the powerful entheogenic brew ayahuasca date back 1,000 years. Even newer psychedelics like LSD—whose psychedelic properties were first experienced in 1943 by chemist Albert Hofmann— have been around longer than most pharmaceutical drugs.

This long-term relationship, coupled with widespread use and, in recent history, clinical trials looking at psychedelics like psilocybin and MDMA, has provided a vast body of experiential and academic knowledge about psychedelics. And what we’ve learned is that on a physiological level, psychedelics are relatively safe substances. Still, the question is whether they’re safe to take so regularly, even in small amounts.

There is a surprisingly large pool of research that examines the effects of large doses of psychedelics, and Johns Hopkins University has even established a Center for Psychedelic and Consciousness Research to explore the medical uses of these transformative experiences. Microdosing, though? Rigorous clinical studies are still in short supply.

The first placebo-controlled study (2018) on microdosing measured the subjective drug effects within various sessions—but a study like this provides no insight on how the microdoses affected the participants beyond the single four-week follow-up session. Very few other rigorous studies have been conducted, and a majority of the research on microdosing consists of surveys—basically, questionnaires that collect demographic information alongside subjective experiential reports.

Dr. James Fadiman, psychologist and author of The Psychedelic Explorer’s Guide, has responded to this absence of clinical research by collecting thousands of user reports on microdosing. This data may not provide any scientifically verified answers about the effects of microdosing, but the reports—which Fadiman calls “citizen science”—do offer valuable clues for future research.

The data that Dr. Fadiman collects from microdosers usually span 30 days, which he suspects is the longest amount of time that citizen scientists are willing to invest in voluntary data sharing. Plenty of great information can be mined from one month of data, but long-term risks and benefits are not among these insights.

When asked what we have learned about the long-term effects of microdosing at a 2018 seminar, Dr. Fadiman responded with an apt comparison to mainstream drug development:, “Do you know how many studies are done by pharmaceutical companies that last longer than six months? Whatever number you have in your head, think less.”

The American Psychological Association estimates that more than 12 percent of the U.S. population over the age of 12 takes antidepressant medications (e.g., Prozac, Zoloft, Wellbutrin). Antidepressants are modest in their overall efficacy, and while many individuals find that their symptoms may improve with these medicines, they may also introduce a host of unpleasant side effects. One notable side effect is withdrawal after long-term use, which has led to discussion about how antidepressants may be altering brain architecture and chemistry over these long stretches of time. Some may take antidepressant medication for a year, while others have been on them for well over a decade.

The purpose of this comparison isn’t to discount the potential benefits of antidepressant drugs, but to illustrate how difficult it is to understand the impacts they have over many years. “We have incredibly little data on the long-term effects of anything unless it starts showing up as harming enough people so that other people notice,” Dr. Fadiman continued.

The decision to take any medication is a negotiation of risks and benefits. The same is true for microdosing psychedelics. If you find that microdosing over a long period of time is significantly benefiting your life, you may be willing to face the unknown future of long-term risks.

Tolerance and Microdosing: What Are the Long-Term Risks of Microdosing?

By now you understand that we have no idea how a regular microdosing practice affects the brain over long periods of time. But what about when we shrink the window of time? Do microdosers report adverse effects after a few months of use?

Another article published on DoubleBlind explores side effects and disadvantages associated with microdosing psychedelics; it’s worth a read if you’re concerned at all with the short-term side effects as well as the long-term.

One setback relating specifically to long-term microdosing is tolerance. Tolerance refers to the body’s diminished response to substances when they are used regularly. In other words, your body may acclimate to your microdose over time, leading to reduced benefits.

Instead of increasing your dose, Dr. Fadiman recommends taking some time off, anywhere from a week to a month. Inherent in the microdosing protocol he developed, Dr. Fadiman also doesn’t recommend microdosing every single day. Instead, it’s advised to take a microdose every three days for a few reasons: First, it prevents the development of tolerance. Second, this schedule was preferred by many volunteers who noticed that the benefits of microdosing persisted into the second day as an afterglow—or a “microglow” as Dr. Fadiman puts it. The third day serves as an opportunity to reset so that the benefits of microdosing on day four can be fully experienced.

What About the Long-Term Benefits of Long-Term Microdosing?

Microdosing success stories are everywhere—look no further than the microdosing subreddit to find over 100,000 members with enough faith in the process to subscribe to an ongoing feed of stories and information. You’ll find no shortage of individuals who have seen overwhelmingly positive results in their first few days or weeks, but one might wonder, how sustainable are the results?

According to one systematic investigation of microdosing published in 2019, the benefits of microdosing were more accurately described as fleeting than lasting. “In the short term, microdosing led to an immediate boost across a range of psychological variables, but these effects were (mostly) not sustained over multiple days,” the authors wrote. “The pattern of results here is somewhat inconsistent with narrative accounts that claim that the effects of microdosing linger for multiple days.”

Whether or not the multi-day “microglow” can be identified in research, it seems as though the window of benefit for microdosing is generally confined to the time during which you are actively microdosing. In contrast, large doses of psychedelics have been associated with sustained transformative benefits long after the initial dose. Put another way, it seems different dosages provide different levels of therapeutic momentum.

One theory powering long-term microdosing has to do with neuroplasticity, which is the brain’s ability to change or reorganize neural connections over time. One study published in 2018 found that classic psychedelics like LSD and DMT encouraged new connections in the brain, leading the authors to hypothesize that psychedelics might provide novel approaches to depression treatment.

“The neuron is essentially healthier, more vibrant, and has more connections,” Dr. Fadiman said in regard to neuroplasticity research during a DoubleBlind webinar. “It may be—we have zero laboratory evidence—that when you’re taking [psychedelics] over time and your health, attitude, and mental functioning improve…that you’re building a healthier inner brain lattice or network of neurons that have been improved by their exposure to microdosing.”

We’ll likely be waiting a very long time for the scientific method to answer questions about the long-term effects or risks of microdosing, especially with laws restricting the access and research of psychedelics. Feeling leery of the long-term effects of regular microdosing is valid, and if you feel any hesitation at all, community wisdom would say to honor that concern and wait for full certainty before diving in. Remember that any psychedelic experience, whether invoked by a macro- or microdose, is meant to support your health and vitality—and achieving that requires your honest and self-assured consent.

Bailey Rahn is a Pacific Northwest-based writer and mental health counselor in training. She has spent the last decade in the world of cannabis, with a majority of that time as an author and editor at Leafly.

Bailey Rahn is a Pacific Northwest-based writer and mental health counselor in training. She graduated from the University of Washington with a BA in English and Norwegian, and is currently pursuing a Master’s in Clinical Mental Health Counseling with the intent to study the intersections of trauma and substance use. She is passionate about harm reduction, drug policy reform, and expanding mental health access. Over the last ten years she has worked as a writer in the cannabis space, primarily as a content manager and patient advocate at Leafly where she also co-authored The Leafly Guide to Cannabis. In the gaps between writing and her studies, she is typically sinking deep into a video game, cooking with music blasting, or wandering around mountain trails.
share 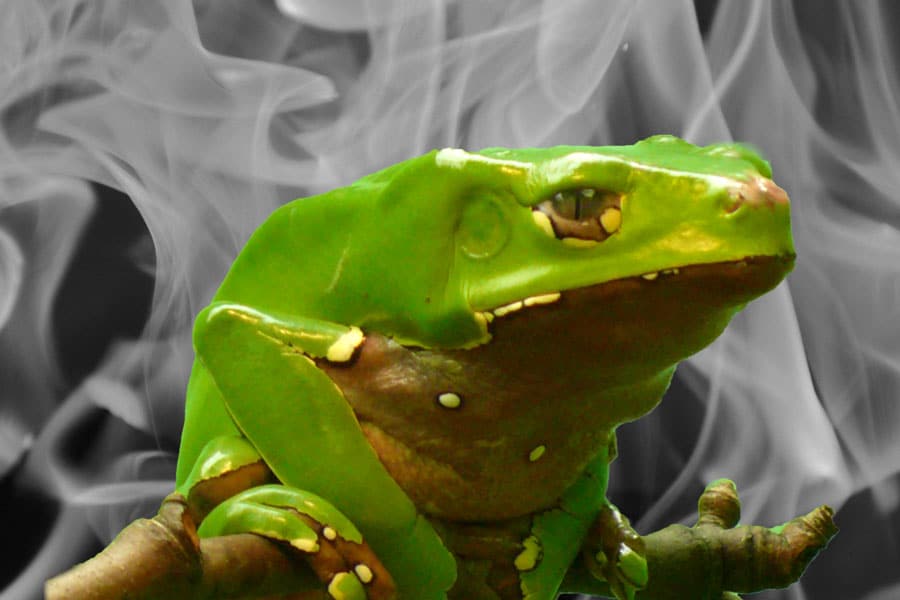 Kambo: Is Burning Frog Venom into Your Skin a Wonder Cleanse or Risky Procedure?

Getting poisoned with frog venom doesn't sound fun, but enthusiasts swear by it.