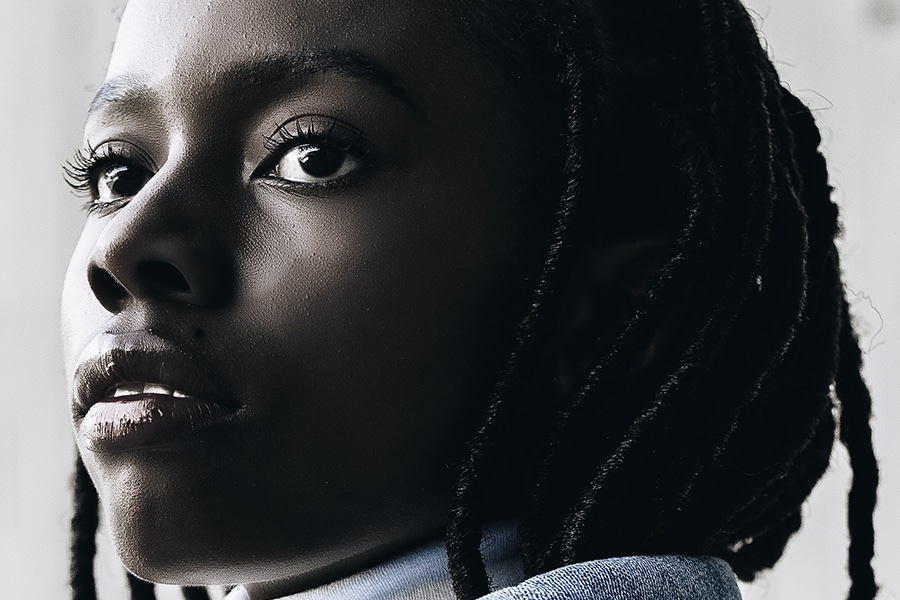 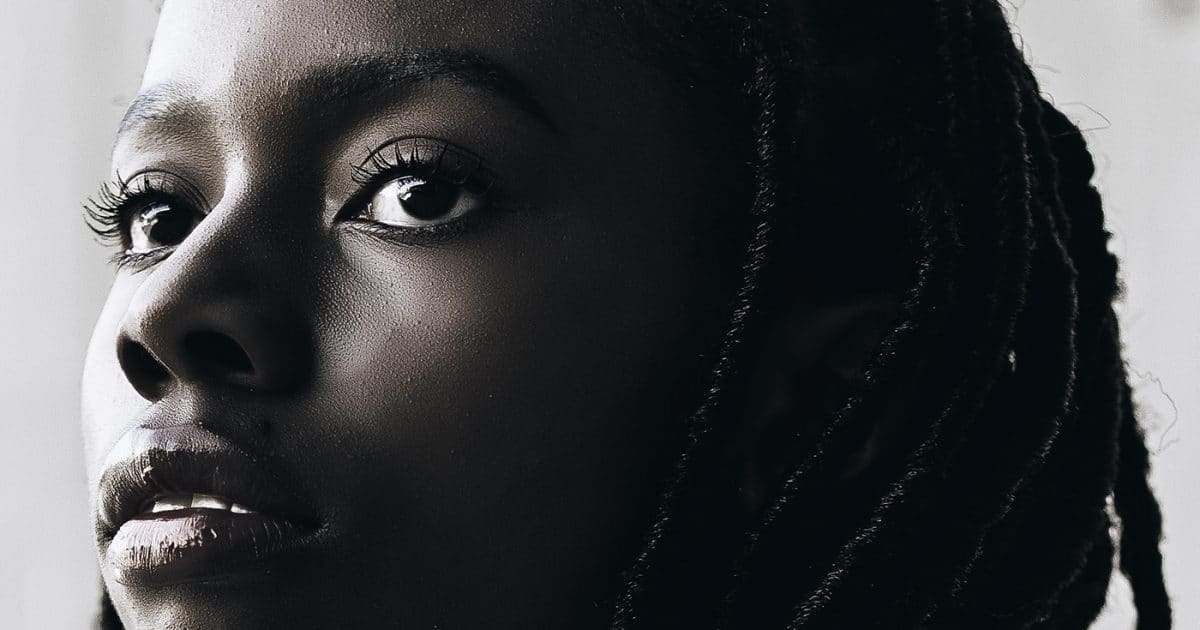 Is Good Therapy Too Inaccessible to POC?

Navigating health insurance to find a therapist is hard enough. It's even harder when you're a black woman, seeking a black female therapist.

“You really don’t have a problem.” That’s the last thing you want to hear from your therapist after spending months trudging through HMO bureaucracy, getting a referral from your primary care physician, completing a questionnaire to confirm that yes, you are depressed, and scouring directories of shrinks to find someone in network you hope will be a fit.

I’d spent the past 20 minutes slumped on the loveseat in my new therapist’s office, telling her about the abusive boss at my retail job, my fears that I’d never get a “real” job, that I had no purpose in life, and that I regularly considered suicide.

“You have a lot going for you,” she told me. “You have a degree, you’re obviously an articulate, smart person. There are people who’ve had it a lot worse.”

I didn’t have any words to respond to her erasure of my fears. Simply put, we weren’t connecting. Sure, she seemed like a compassionate professional, an elderly white woman with a careful smile sitting behind a large wooden desk. But we didn’t click. Too much of my identity bled into my problems, and she couldn’t identify with me, a 22-year-old black woman, working through incidents of race-based trauma.

“Too much of my identity bled into my problems, and she couldn’t identify with me, a 22-year-old black woman, working through incidents of race-based trauma. “

I quit seeing this therapist after two sessions. It felt like she was trying to apply logic to my feelings, so when she said I had no problem, I felt like there was something wrong with me for being sad. When I quit, it felt like I was giving up on myself. But little did I recognize at the time just how much I did love myself—enough to re-enter the therapy maze, again and again, until I eventually found someone, albeit out of network, who felt like a match.

Finding a therapist and getting an appointment objectively sucks. An episode of Patriot Act with Hasan Minhaj titled “Why It’s So Hard to Get Mental Health Care” lays out the drudgery of it all: combing through a list of therapists provided by your insurance only to find that many of them aren’t accepting new patients, then cold-calling other therapists to find out whether they take your insurance, and if you’re lucky enough to find someone who does, you’d still need to “date” them for a few sessions or even months to make sure they’re the one.

After I quit the above-mentioned therapist, I found yet another, older white woman. I had trouble connecting with her, too, and after two months, I quit again.

Finding a therapist you have chemistry with is hard. It’s even harder if you’re a black woman trying to find a black woman therapist. According to the American Psychologist Association’s Center for Workforce Studies, 86 percent of the U.S. psychology workforce is white, and only four percent black. The U.S. population overall is 12 percent black. Even with databases like Therapy For Black Girls, patients would still have to check the names of black women therapists against lists of insurance-approved therapists. The bureaucracy aside, shopping around for the perfect shrink requires getting to a vulnerable enough place to even admit you need therapy, let alone opening up to a complete stranger.

I initially sought out therapy after I dropped out of grad school: I experienced my department’s program lead as racist and manipulative, and didn’t want that to affect my career. The way I felt during this moment of my life was difficult to explain to white therapists. I would usually gloss over the racism and emphasize the manipulation, even though they went hand-in-hand, and the racism was what pushed me to leave the program.

During my second visit with the second therapist, she asked me what the program lead had said that upset me. I described an incident: “Once, when no one was talking and we were all bored, he pointed out one student who had a blank face, and said, ‘You never know what someone is thinking. Your face is blank but you could be thinking, ‘Lynch the motherfucker!’”

It was the word “lynch” I found so triggering, the way he used it casually, as if the word no longer carried the weight of America’s dark history and current reality of institutionalized racism. I perceived the offhand comment as an attack.

The therapist sat there, taking notes.

“It wasn’t cool,” I continued. “I kept coming back to that.”

He meant it because he said it, I told her, “like some perverse way to get our attention.”

“But how do you know he wasn’t just saying it to get your attention, for shock value?” the therapist asked me. “It did shock you.”

If I could go back in time, I’d assert my position that it wasn’t just for shock value. But three years ago, I didn’t know how to assert myself in front of authority figures.

This was an issue of cultural competency, the ability to understand and interact with people from other cultures. There are multiple studies showing how it affects the practice of psychotherapy, and is a commonly cited reason why patients of color seek out therapists of the same race. To give an example, cultural competency is also the reason why my mom supported my decision to drop out after hearing the lynch comment, immediately validating how I felt: “Oh no, that’s not okay,” she said, even though she had initially trusted the program lead when she met him on a campus visit.

This was an issue of cultural competency, the ability to understand and interact with people from other cultures. There are multiple studies showing how it affects the practice of psychotherapy, and is a commonly cited reason why patients of color seek out therapists of the same race.

This therapist, however, who couldn’t provide me culturally sensitive therapy, seemed not to understand why the lynch comment made me feel uncomfortable and unsafe. After she tried to play down the comment, I didn’t want to explain the deep-seated fear I feel whenever lynching is brought up. I no longer wanted to tell her about the time in undergrad when an anonymous person wrote “N****r hanging by a noose” on the whiteboard of another black girl’s dorm room and it made me cry. I definitely didn’t want her to say anything like, “that was another time,” and have to explain that there have been modern-day lynchings as recently as 1998.

If I had that conversation with a black or POC therapist, on the other hand, I feel there would already have been an understanding of the history of lynching and why the comment would make me feel unsafe. Plus, a black therapist would have also likely understood my fear that he would negatively affect my career if I ever called him out on his teaching methods—or his lynching comment—or decided to cut ties with him after I graduated with my MFA in fiction. Networking and recommendations are so vital in all industries, and publishing specifically, that I didn’t want him to have any influence on how I first got published or how I met my agent. Any black therapist, with their own experience of grad school and mentoring at a predominantly white institution (since, let’s be real, academia in America is predominantly white) would understand the difficulty in finding supportive mentors.

I needed someone who simply got it. Race-based trauma is nuanced enough; I wanted to work through it, rather than explain to an oblivious party why I suffered from it.

Finally, after shopping for therapists, yet again, I found a black woman therapist. From the first visit she made me feel comfortable. In the office, we’re on an equal plane; she sits on the same type of couch across from me, which is so much more personable than the large desk. She’s never denied or belittled my thoughts; instead she points out how my tendencies toward negativity and people pleasing affect how I get through the day. It’s validating.

My sessions with my current therapist have no blank spaces or awkward pauses where once I would have to consider how to explain black culture or dog-whistle racism. There’s no need for me to over-explain myself because I know she gets the shared nuances of being black. We have a lot of shared experience, and many of the unspoken feelings that I feel as a black woman are immediately understood. She’s never made me feel uncomfortable, and when I told her about the lynch comment, she didn’t question the program lead’s heart or intentions. She heard the comment, understood the history and trauma attached, said, “I see why that made you uncomfortable,” and we moved on. The conversation progressed to focusing on my trauma around dropping out, and what felt like losing my future.

With decreasing stigma around mental health and seeking out treatment, multiple black women have spoken out on how they feel more comfortable with black therapists of all genders. “With a black therapist, I don’t have to hide or downplay any part of my identity,” writer René Brooks wrote in an essay for Healthline. “When I can be free like that, some of the healing comes naturally as a result of feeling safe in my own skin. Some of it comes from not being othered for at least an hour a week.”

Now that I’ve experienced therapy as a safe space, absent of feeling othered, it actually makes me want to prioritize my mental health. While my current therapist—the one who gets me the best—is out of network, paying out of pocket feels like the right investment in my wellness. Even so, the price has me going less frequently than I would otherwise—every two weeks—and I can’t deny that even then, it’s a financial burden. But the progress I’ve made is more than worth it. With my therapist’s help, I no longer see a black hole where my future is supposed to be. I’m no longer contemplating suicide. I feel empowered to manage the challenges life throws my way.