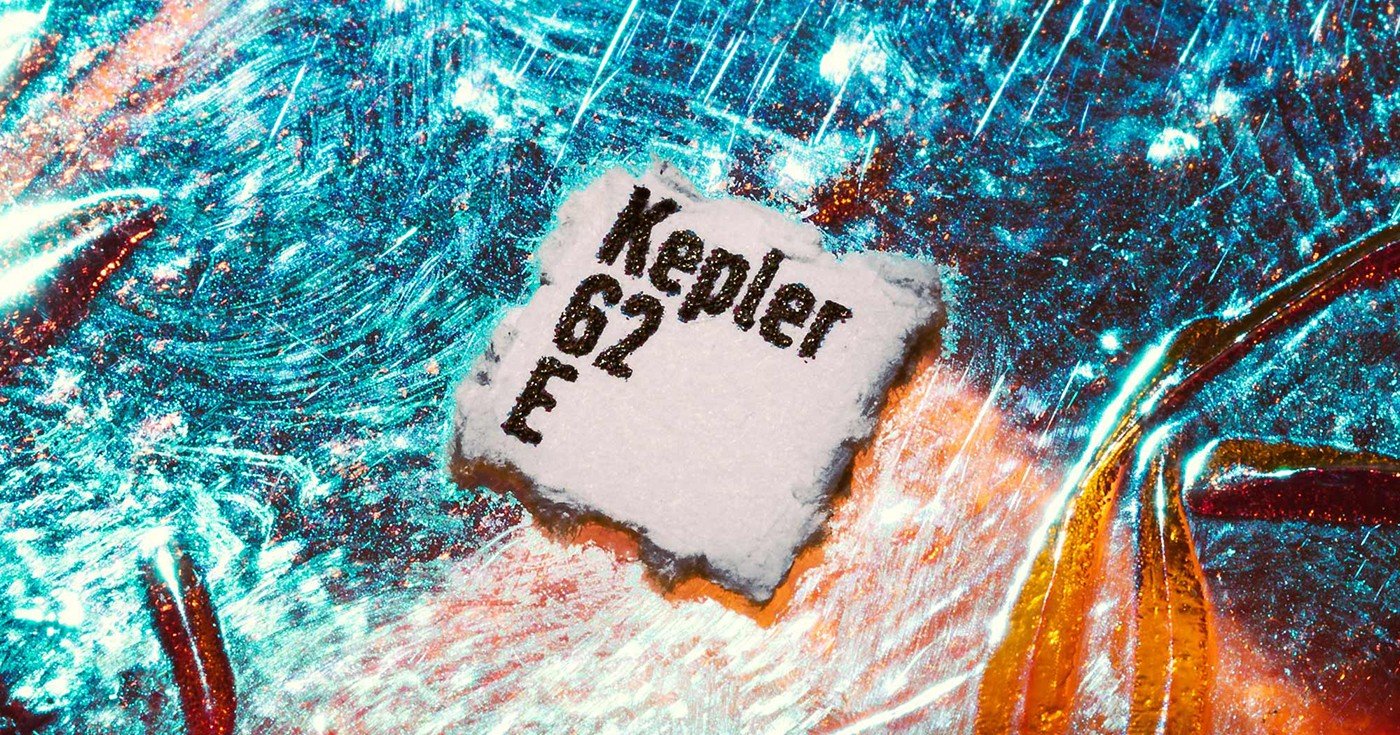 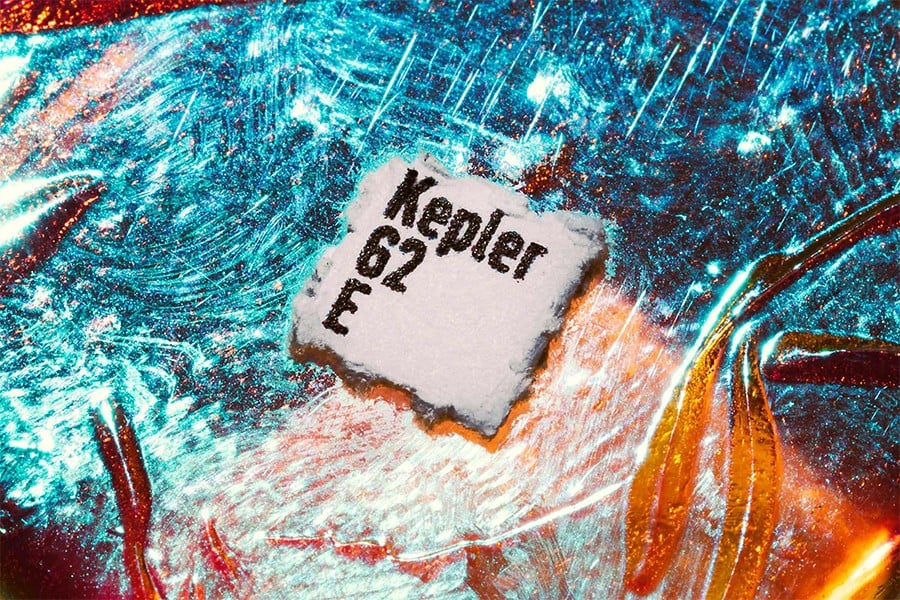 Photography by Jack Nesbitt for Supercluster

This article originally appeared in Supercluster, an online magazine about space.

On April 19th, 1943, a Swiss chemist ingested 250 micrograms of lysergic acid diethylamide. And then he went for a bike ride.

Nearly 80 years later, nobody—least of all, Albert Hoffman—could have known the impact of an event some now celebrate as Bicycle Day. In the United States, whole slices of the American mythos are vibrantly and permanently colored by the effects of LSD. It’s hard to imagine the Sixties, as a decade, without acid in the background. Woodstock, Haight-Ashbury, the Summer of Love.

As often happens when young people start saying weird stuff, like “maybe war is bad,” reactionary forces assembled. In the media, the Sharon Tate murders were blamed on acid soaked hippies. Parents were horrified at Timothy Leary’s calls to “turn on, tune in, and drop out.” And even before McGovern caught the stain of “Acid, Abortions and Amnesty,” The Silent Majority had enough.

On October 27, 1971, Nixon passed the Controlled Substance Act to make it clear to everybody—in case there was any confusion—that the 1960s Were Over, Thank You. Bicycle Day kicked off the acid craze while spring broke over Switzerland. Nixon popped acid’s tires in late fall. And the long psychedelic winter set in.

The story got weirder as time wore on. In 1977, the world learned that most of the LSD pumped through the hippie subculture got there via the CIA, a fact that would have fried the minds of the heaviest acid freak at the time. Somehow prohibition survived.

The government did it to “weaken people,” Ken Kesey told Terry Gross in 1989. “[Then] the government said ‘OK, stop that experiment. All these guinea pigs we’ve sent up there into outer space, bring ‘em back down. And don’t ever let ‘em go up there again, cause we don’t like the look in their eyes.'”

Today, half a century later, the War on Drugs seems finally to be ending with a whimper, and there are signs everywhere that the cultural pendulum has swung back Albert’s way. Psychotropic drugs are gaining modern acceptance at a speed, and in corners of the world, that are unthinkable even a short time ago. The Pentagon and MAPS (the Multidisciplinary Association for Psychedelic Studies) are pursuing MDMA as a treatment for PTSD. Early studies show staggering results—up to 97 percent effectiveness. Marijuana is partial or fully legal in 42 states. Three states are considering ballot measures to decriminalize magic mushrooms. And LSD is having a renaissance as well, both recreationally and as a therapeutic aid. One recent study showed LSD use has increased over 50 percent in the U.S., just in the past few years.

“We may be at a crescent point in a wave, where it seems like there’s a lot of permissiveness towards the subject,” Mark McCloud tells Supercluster. McCloud founded the Institute of Illegal Images, and is a counterculture icon in his own right. “A lot of people talk openly about microdosing. But I try to remind everybody that if you add up those microdoses, you are still looking at 20 years in prison. So I remind everyone that, ‘No no no, the shackles are still there.’ Don’t let them fool you.”

“We haven’t won the war yet. But there is a re-investigation of the substance, and finally some experimentation is allowed. But we don’t need to figure out if it is valuable. We know it’s valuable. Let’s just keep going.”

Beyond the drugs themselves, this rediscovery of psychedelics has coincided with a renewed interest in psychedelic culture, music, and in covert artifacts from an earlier time—Blotter Art.

LSD is incredibly potent. A typical dose is measured in a few ten thousandths of a gram. So after the first states began passing prohibition laws in the mid 1960s, administering it efficiently, reliably, and in a way that was easy to distribute became a problem. An early innovation was to begin eye-dropping the powerful liquid onto sheets of absorbent paper, across an evenly spaced grid. Over time whole sheets of grid paper were submerged and soaked in LSD, to then be dried and divided into doses by cutting sections of squares. These grids were later perforated, so doses could be easily shared.

At some point a convention was established: 7.5 inches, square, perforated into 30 columns and 30 rows. 900 doses total. A good way to efficiently make “900 new friends,” Mark McCloud told Wired Magazine in a 2016 interview.

Over time clandestine printers began to embellish their sheets with increasingly complex and often beautiful artwork. But McCloud thinks these prints had a utilitarian purpose. The unicorns, yin-yangs, and bright colors formed a sort of code that users could interpret to identify the chemists or dealers who had produced their acid.

McCloud would know. The Institute of illegal Images is described as “the most comprehensive collection of decorated LSD blotter paper in the world.” He’s dedicated his life to this museum—open by appointment only—that archives many of the only surviving “examples of this true American folk art.”

While the Merry Pranksters were spreading their gospel across the American Heartland, Ken Kesey was already a psychedelic hero with One Flew Over The Cookoos Nest. His son, Zane, was three years old at the time. Decades later, Zane is one of very few craftsmen keeping the tradition of outsider blotter art alive.

“Zane wasn’t into blotter til his dad asked me to celebrate Zane’s birthday,” says McCloud. “I decorated this big barn called the McKenzie Ballroom. He saw all this blotter and he got the blotter fever. He was never the same. That’s when he got into making it. And now he’s huge. Blotter can be a real fever that way.”

“There’s always been a connection between psychedelic culture and space art,” Zane tells Supercluster. “It can’t help but be interconnected. That’s where your mind goes. You can only explore the ocean or the inside of your mind for so long, but at a point, that inner space becomes outer space—and the possibilities are endless. It’s the cosmos. Our sense of wonderment goes out there.”

“The flying saucer was integral to the birth of art on blotter,” says McCloud. And so you have flying saucers, they keep reappearing. First in the Seventies, the electric lidar flying saucers got used a lot. And they get revived in the Eighties during what I call the ‘harmonica convention,’ which is how I refer to the harmonic convergence. There’s always that reference going on in blotter—to outer space exploration.”

Space and psychedelics intertwine in other surprising ways. In 1960, a conference of luminaries including Frank Drake and Carl Sagan sat down to figure out how to talk to aliens. They thought it might make sense to include John C Lilly in the guest list, who’d been spending his time giving LSD to dolphins in an attempt to decipher their clicks and whistles.

There’s even a shared vernacular. Acid enthusiasts refer to themselves as psychonauts. The term psychonaut was coined by Ernst Jünger to describe Arthur Heffter, the German pharmacologist who first isolated mescaline from peyote in 1897. Heffter was also the first to test and compare the effects of different psychedelics, using himself as a guinea pig. To Junger, this earned him the title psychonaut, literally “mind-sailor.”

In 1959, when NASA still hadn’t decided what to call their space explorers, the agency was torn between astronaut, “star-sailor,” or cosmonaut, “cosmos-sailor.” Astronaut narrowly won out. In 1961 Yuri Gargarin, the first human to orbit Earth, claimed cosmonaut for himself and the Soviet Union.

If any astronauts are also psychonauts, that’s their secret.

“With blotter art, there’s still people that use it, but it’s more like putting a diploma on a wall,” says Zane. “You put something on the wall, especially if it’s from when you were young, and someone says, ‘Hey remember that day we all took the aliens…’

“It brings up stories that otherwise you would have long forgotten. People that have missing parts of a story keep the story going. ‘O yea that was the time you did this’ and it continues. On the other hand—straight people see it … and they don’t even know.”

A Trip Through the Universe

Supercluster worked with Zane Kesey to create A Trip Through The Universe, our own humble entry to the canon of cosmic blotter.

The Trip is divided into 900 unique perforated tabs, each representing a discrete destination in the known universe. Locations are described with common names, if possible, or via their IAU designation. The IAU—International Astronomical Union—is the international body of scientists that sets the naming conventions for celestial bodies. So you might visit Antares A. Or check out the more exotic R136a1, the most massive star known to science.

“Historically spaceships and aliens and stuff like that have always been a safe bet on blotter,” Zane tells us. “It’s like your ticket to take off. ‘Let’s put a flying saucer on a tab.’ When you hold it in your hand you’re excited to see where you go. How hard it’s going to take off—and in which direction”

Black holes are dangerous places to visit. But if you’re so inclined, they’re usually described via the name of the galaxy they reside within. Like the monstrous NGC 6166, sitting at the center of an elliptical galaxy 490 million light years away.

“LSD is the most feared substance on planet Earth,” says McCloud, “because it allows you to navigate outer space and inner space and wherever you want to go.”

Each Trip Through The Universe is printed on heavy archival stock and hand-cut by Zane Kesey, on his own custom built perforator. This first edition is limited to 50 prints, each individually numbered. Available for purchase in the Supercluster shop.

They aren’t dipped in acid.

“I thought [psychedelics] was as American as you could get because we were exploring a new territory. Just the same way we went to the moon or sent the Lewis and Clarke expedition here to Oregon. It was part of our American personality, you find a cave, nobody’s been in it, you go in it. You try to go down deeper in the ocean and higher in the sky. These drugs were opening a door to new landscapes. Once you’re through that door, you look out into this vast room, with all these windows onto new vistas. You become tremendously excited and want to do what you can to explore it. Cause you could look around and see there weren’t human footprints all over this landscape.” — Ken Kesey

Eric Collins is a writer and lifelong space fan living and working in Brooklyn New York. He is a co-founder of both Supercluster and the design studio GrandArmy. If a spore is like a seed for fungi, a spore print can help you collect them so you can grow your own mushrooms.