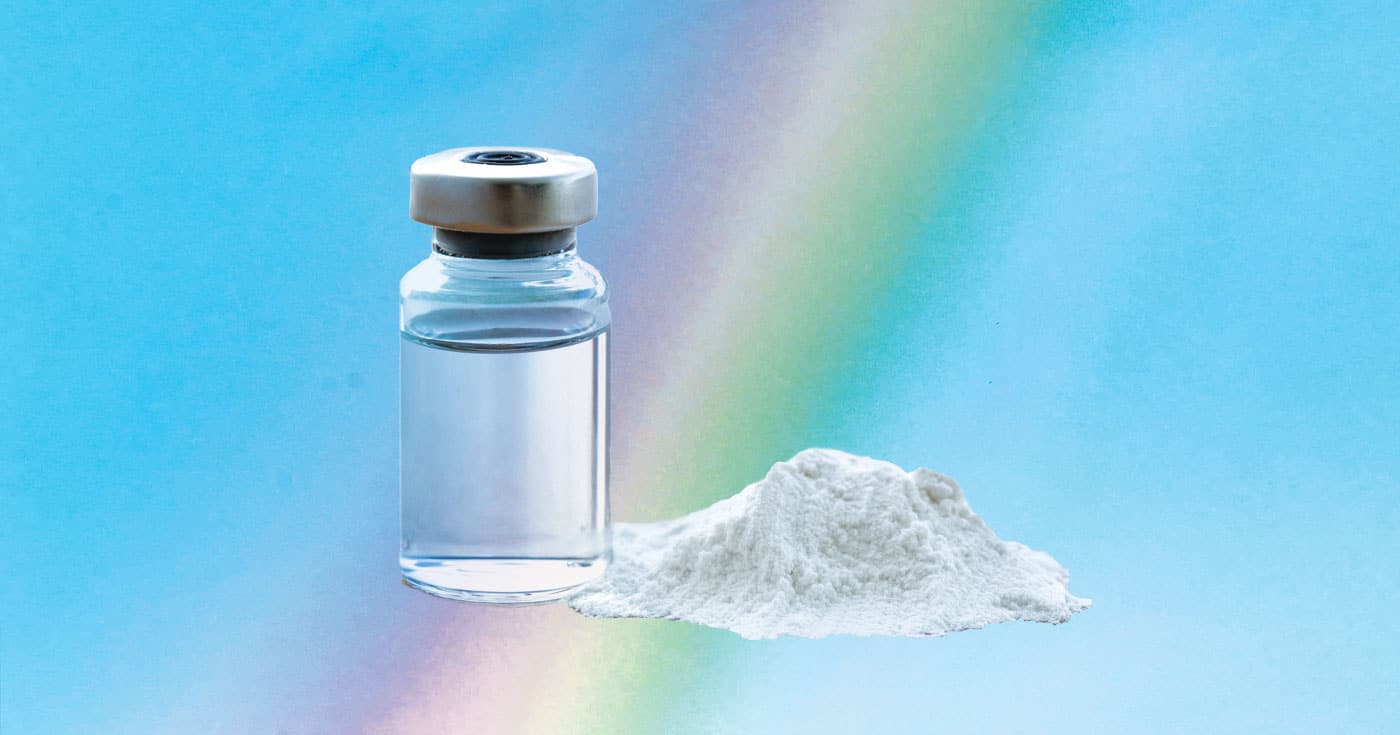 Why Psychonauts are Taking GHB

Although GHB is known as the "date rape drug," it is getting big on the party scene.

GHB (Gamma-hydroxybutyrate) is a chemical compound that appears in trace amounts in beer and wine, as well as in the human brain as a metabolite of the neurotransmitter GABA, which plays a role in regulating fear and anxiety. Also known as “G” or “Liquid E,” GHB can be taken as a recreational drug with a fun, social vibe. It wears off quickly and—when sourced and dosed properly—carries few side effects.

A pharmaceutical version of GHB is approved in Italy to block alcohol cravings, and in the US, GHB is prescribed as a treatment for narcolepsy. Some bodybuilders also take GHB to reduce fat and build muscle, though its effectiveness for this use isn’t proven.

GHB is considered a central nervous system depressant with effects somewhat like alcohol, Xanax, and MDMA. It appeared on the club scene in the 1990s and is coming back into popularity as a party drug in some circles despite its illegal status in most countries. Michael, a 29-year-old gay man living in Berlin, tells DoubleBlind that today, “G is probably the most taboo [but] accepted drug” in the city’s club and party scene.

However, it’s important to know that consuming too much GHB or combining it with substances like alcohol or benzodiazepines is risky.

GBL (gamma butyrolactone) is a prodrug of GHB that has what Michael calls a “chemical, plastic taste.” GHB’s taste, on the other hand, is usually described as “salty” or “soapy,” but also easier to mask in a drink like orange juice. GBL is often sold as GHB in the U.S., but because the dosage between the two differs, it’s important to know which form of the drug you’re taking.

GBL enters the bloodstream more quickly than GHB—meaning that it’s faster-acting and quicker to wear off. GBL’s peak, says Michael, is “a little bit sharper” than GHB’s but the overall effects, he adds, are quite similar.

“It’s a little tricky because the dose is really critical,” says David, a 48-year-old man in Boulder who says he’s taken GHB a few hundred times. Ingesting too much GHB can be dangerous so it’s important to understand the concentration and the dosing protocols of what you’re consuming. And as with other drugs, effective dosing is also dependent on factors like weight, age, previous experience, and tolerance.

But because the dilution strength of GHB and GBL can vary even from the same source, it’s important to start with a smaller dose—no more than 1.5mL, according to Kristin Karas, director of operations with DanceSafe—to gauge your body’s response, and the batch’s potency, first. Wait at least two hours before carefully titrating your dose upwards in small quantities, if desired. According to Karas, with GHB, even a 5 percent dose increase can make a big difference.

It takes about 30 minutes to feel a GHB dose and its most noticeable effects will last around two hours—though residual effects can continue for about four hours. GBL, on the other hand, can be felt in as little as 15 minutes and will also start to wear off more quickly—roughly between 60 and 90 minutes after the come up. Some partygoers will re-dose with GHB or GBL periodically while setting a timer to avoid the dangerous situation of dosing too often.

Pure GHB comes in the form of a white powder that dissolves easily in water. In clubs, dissolved GHB is usually sold in small bottles; the liquid is colorless, odorless, and dosed with an oral syringe or a pipette.

Michael describes the GHB high as a cross between alcohol and MDMA. “You begin to lose inhibitions, like with alcohol,” he tells DoubleBlind—and in larger doses, it, too, affects your coordination and motor skills. But more like MDMA, GHB increases sociability and has an empathogenic and emotive feel.

“I use it at parties because it almost always gives me a nice mood lift and makes me eager to socialize,” says Michael.

Effects of GHB include:

“It’s also a nice comedown from MDMA,” says David, because it helps ease the occasionally difficult transition at the tail end of an ecstasy experience and, unlike the more sensual MDMA, actually boosts sexual enjoyment.

“In higher doses people tend to get incredibly sloppy,” says Michael. With the loss of motor control, movement may appear jerky or erratic, and users can fade in and out of consciousness or pass out entirely.

Potential side effects, particularly from overdoing GHB or mixing it with other central nervous system depressants, include:

·      Passing out or unresponsiveness

·      Amnesia (i.e. forgetting that the drug was taken and what happened while under the influence)

·      Sleeplessness (usually after a period of re-dosing)

In cases of overdose, or of mixing with other depressants, it’s possible for GHB to cause convulsions, breathing cessation, coma, and even death.

Though experienced users consider GHB relatively safe when dosed properly, the drug isn’t without risk. Real-world conditions can make it difficult to ascertain purity and dose, and mixing substances alters GHB’s effects. Overdoses and deaths have occurred in people using GHB, so—as with all drugs—it’s important to know your source, understand dosing, and use GHB responsibly.

As a prescription for narcolepsy, GHB is listed in the US as a Schedule III drug—which is to say that it’s available, but highly controlled. When trafficked in the underground market, however, GHB is treated as a Schedule I drug with no accepted therapeutic use and severe penalties for possession.

“Once it’s out of your system, you’re pretty quickly back to normal,” says Michael. “I don’t know anyone who’s experienced long term effects.” Because the drug has a short half-life, it isn’t usually detectable in urine after about a day.

It is possible, however, to develop both tolerance to and habitual overuse of GHB. Several years ago, Michael began using GHB frequently during the day to ease boredom at work; eventually he also took GHB at night to sleep. After about a week of dosing every two to three hours, 24 hours a day, he tells DoubleBlind that “the mood lift disappeared—along with the empathy.”

Read: Why People are Using Ketamine Nasal Spray to Party

Upon deciding to stop using GHB entirely for a period of time, Michael developed a tremor and experienced at-times paralyzing anxiety and paranoia; feeling constantly judged and gossiped about by the people around him was an incredibly discomfiting withdrawal symptom in direct opposition to GHB’s usually prosocial effects. “It can be a dangerous drug when you overuse it,” he says.

It’s also worth noting that a 2018 study found cognitive declines in certain long term GHB users, though the authors state that the results identified correlation, not causation.

It’s possible to experience withdrawals after a period of heavy and/or frequent GHB use. Common withdrawal symptoms include:

Because GHB can enhance sexual feeling and responsiveness, many users enthusiastically report greater enjoyment of sex while under the influence. However, because GHB, like alcohol, tends to loosen inhibitions, safety considerations include consuming with trusted companions, setting clear boundaries while sober, and avoiding mixing substances.

Some people mix GHB with a single alcoholic drink to mask the soapy or salty taste, but it’s not recommended because alcohol and GHB are both central nervous system depressants. Combining the two, particularly in large doses, can cause extreme sedation or even unconsciousness—one reason that GHB has a reputation as a date rape drug. Michael, along with many other experienced users, recommends against combining GHB and alcohol.

While he hasn’t had any insights or transformations resulting from using GHB, Michael relates the story of a friend who feels that “using GHB at parties taught him to express himself more easily, without inhibition.”

Michael’s friend, another gay man living in Berlin, believes that GHB opened a door for him to release self-doubt and social anxiety—something that he’s been able to carry forward even though he no longer uses GHB.

Michael himself says that when he does a psychedelic, he will often use GHB at the beginning to lessen the anxiety a little, noting that it can also moderately enhance visuals. But it’s important to remember that mixing substances carries a risk, and psychedelics especially can potentiate the effects of the other drugs.

GHB: A Party Drug to be Treated with Care and Caution

“When a lot of people are using G, the party becomes more flamboyant, creative, expressive—perhaps a bit messier, or a little bit drunker, if you will,” says Michael. And while he admits that there’s a fine line between fun use and overuse, he believes that the positives outweigh the potential negatives for informed users.

Because of the potential dangers of GHB, many clubs, raves, and festivals specifically prohibit its use, but in Berlin, at least, the GHB scene is alive and well. When used responsibly, “GHB can have positive effects on a club,” says Michael. “It can add a really good social connection between people.”

Danielle Simone Brand writes about cannabis and parenting—and their occasional overlaps. Her book, Weed Mom: The Canna-Curious Woman’s Guide to Healthier Relaxation, Happier Parenting, and Chilling TF Out, is slated for publication in December 2020. 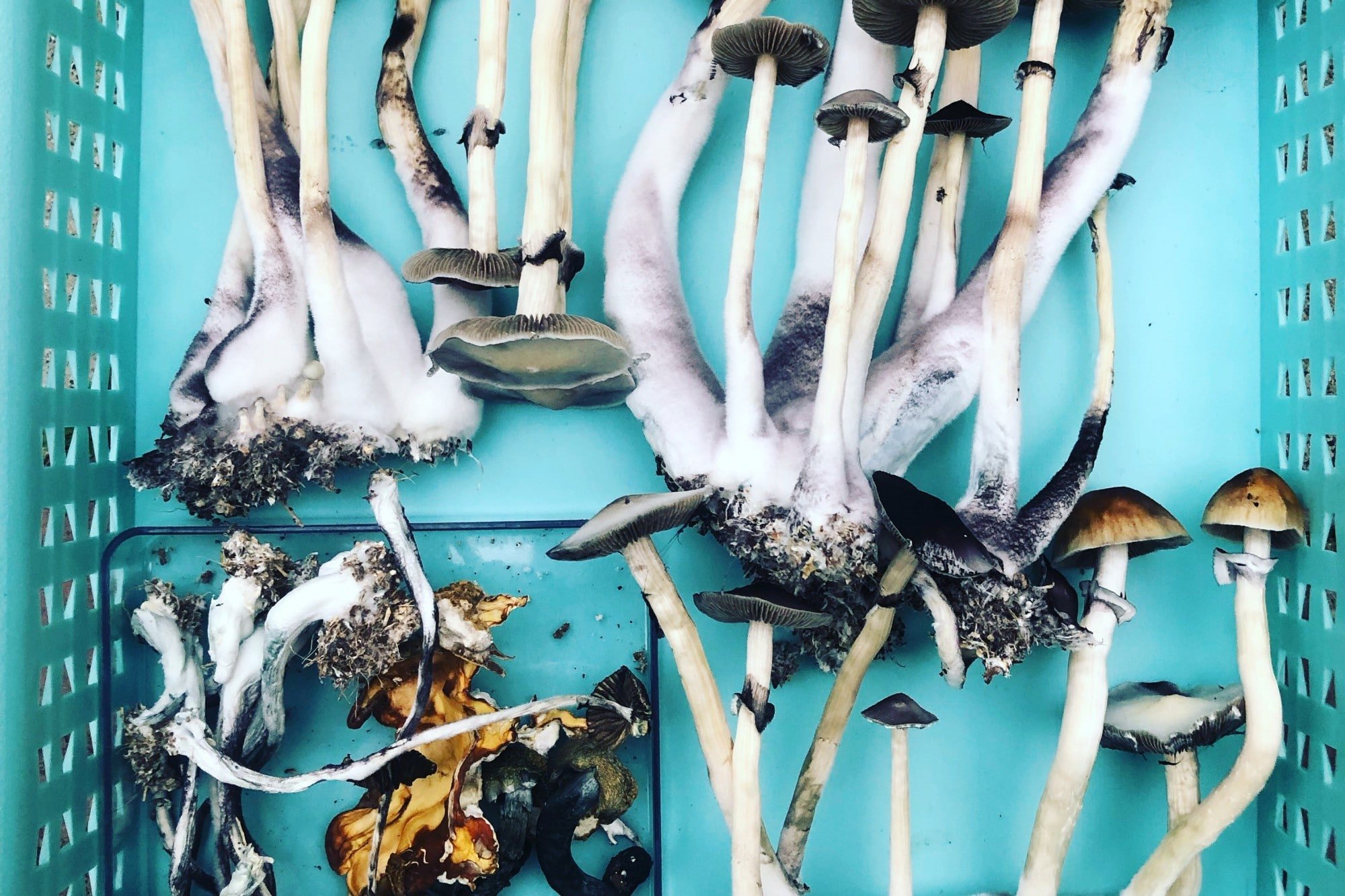 Keep your cat away from your shrooms, and other tips and tricks for growing fungi.

From ayahuasca to iboga, and even synthetic compounds, people are turning to psychedelics to treat pain, in addition to mental health.