Gold Cap Shrooms: What You Need to Know

Gold Cap Shrooms, also known as Psilocybe cubensis, are among the most popular magic mushrooms.

DoubleBlind Mag is devoted to fair, rigorous reporting by leading experts and journalists in the field of psychedelics. Read more about our editorial process and fact-checking here. Editorially reviewed by Madison Margolin.
Table of Contents
1 History of the Golden Cap Shroom
2 Where does the Gold Cap Shroom Grow?
3 Golden Cap Shroom Characteristics
4 Psychoactive Compounds in Gold Cap Shrooms
5 Gold Cap Mushroom Spores
6 How Many Gold Caps Should I Eat?
7 How Are Gold Cap Shrooms Consumed?

If you’ve ever seen representations of magic mushrooms in pop culture—in a movie, on TV, or in a painting—it was most likely a golden cap shroom. The golden cap shroom, more commonly known as Psilocybe cubensis, is the most common psychedelic mushroom species. One of the main reasons for this is it’s fairly simple to grow, especially for first-timers without a lot of experience cultivating mushrooms.

History of the Golden Cap Shroom

The first scientific record of golden cap shrooms—also known as gold cap shrooms, golden tops, cubes, cubies, boomers, or gold caps—was in 1906 by Franklin Sumner Earle in Cuba. (Cubensis actually means “coming from Cuba” in Latin.) At the time, the mycologist from Chicago called it Stropharia cubensis. A year later, it was identified by French pharmacist and mycologist Narcisse Théophile Patouillard in northern Vietnam.

Where does the Gold Cap Shroom Grow?

Golden cap shrooms are a dung-loving species which often colonizes the dung of plant-eating animals, such as cows and goats. They grow in tropical and subtropical environments, including the United States, Central and South America, the West Indies, and Mexico. They can also be grown relatively easily at home, in a sterile environment that’s around 75 degrees Fahrenheit with a setup that costs a few hundred dollars or less.

Golden cap shrooms are the largest of all psychedelic mushrooms. They’re known as “golden cap shrooms” or “gold cap shrooms” simply because their caps are often a light golden color. Their umbrella-shaped caps are also often a darker brown in the middle and have a white ring around the perimeter. They can range from about 1.5 to eight centimeters; they’re also smooth and bruise a navy blue color, which is one way they’re identified by foragers.

Read: From Depression to Immune Support, Our Guide to Using Medicinal Mushrooms

Psilocybe cubensis doesn’t just contain psilocybin, although that is the main psychedelic compound in the fungus. Indeed, these mushrooms contain a host of other psychoactive molecules, including psilocin, baeocystin, and norbaeocystin. The symbiotic interplay of these compounds, and others contained within the mushroom, contribute to its psychotropic effects. For this reason, similar to the “entourage effect” well known in the cannabis world, the experience of taking a whole mushroom, as opposed to synthetic psilocybin isolate (such as what’s used in clinical trials) can be significant.

In the United States, psilocybin spores are legal in all but three states: California, Idaho, and Georgia. Thus, in all states but those three, gold cap mushrooms spores can be ordered pretty easily from legitimate sites like Sporeworks as well as from vetted vendors on Reddit. The most common gold cap mushroom spores are B+, Penis Envy, and Golden Teachers. Popular teks, or methodology, for growing golden cap mushrooms include the instant brown rice tek, which includes just shooting the spore syringe into a bag of instant brown rice, and the PF tek. The instant brown rice tek, which we teach in our mushroom growing course, can also be used to grow oyster mushrooms and doesn’t require a lot of experience or prep.

How Many Gold Caps Should I Eat?

Well, that really depends on your level of experience tripping and how deep you’re trying to go. About one to three grams of dried golden cap mushrooms is considered a moderate dose and four to seven grams is considered a heftier or “heroic” dose. That said, every trip is different and every person is different. It’s best, if you don’t have a lot of experience, to begin with a smaller dose, and wait a couple of hours, before taking more. It’s also highly recommended that you have a trip sitter (i.e. someone, ideally with psychedelic experience, who can hold space for you and support you). The best way to determine how much you’re consuming is to weigh your dried mushrooms with a little scale. Especially if you’re tripping in hopes of seeking healing, you might consider going to a vetted, legal retreat center. The whole experience should last around six to eight hours.

How Are Gold Cap Shrooms Consumed?

Most often, psychedelic mushrooms are eaten whole (or added to something like peanut butter and jelly), or steeped in tea—in which case, the consumer would simply drink the tea and discard the wet mushroom material. In other cases, one may grind the mushrooms into a powder and put them into capsules. In recent days, mushroom chocolates have also become popular, as well as cooking with psilocybin. 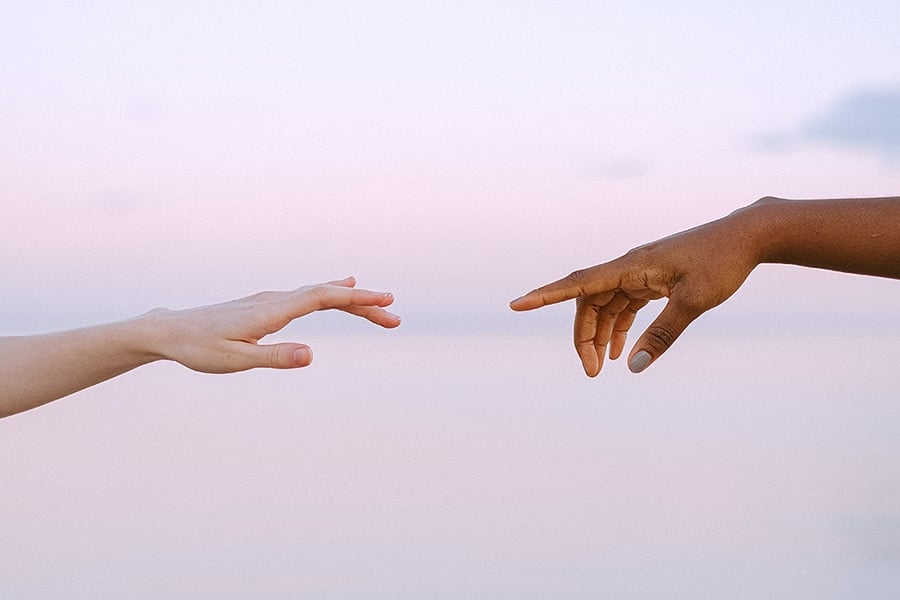 Why Feeling “Connected” Is Good For Your Health

In an interview about her new book "Good Chemistry," psychiatrist Julie Holland dishes on the health benefits of social connection, the promise of psychedelics, and the importance of nourishing the soul.