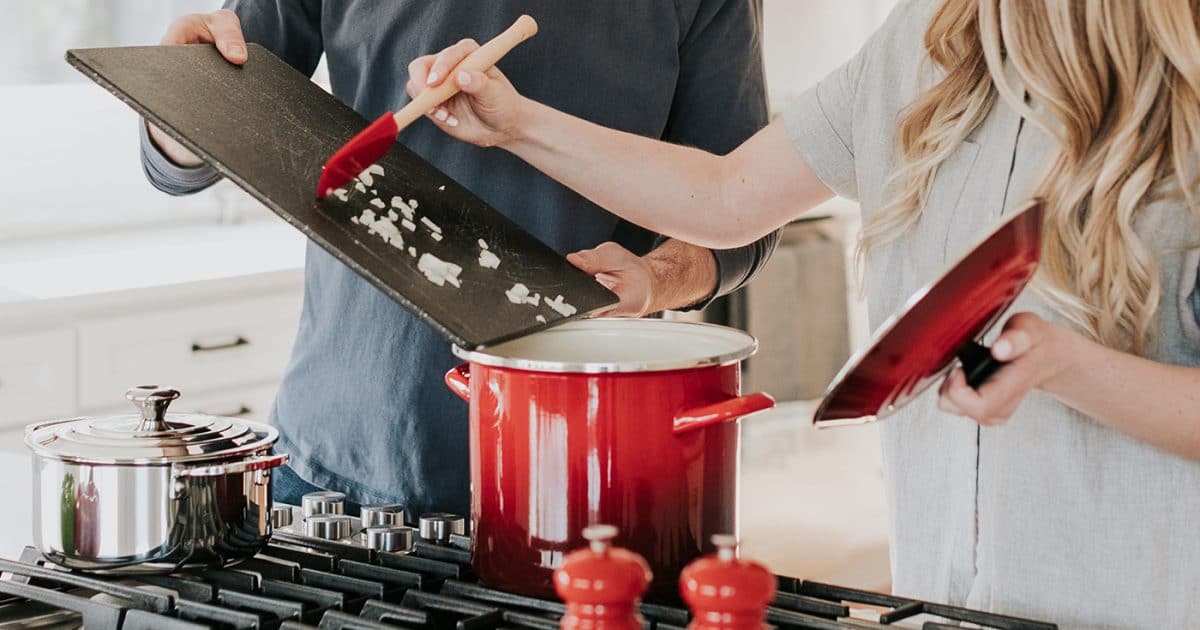 Psilocybin Kitchen: The Basics of Cooking with Mushrooms

Table of Contents
1 Do: Dose smartly
2 Do: Consider the stomach
3 Don’t: Worry too much about heating

In the last decade or so, the legalization of cannabis has seen a veritable explosion in the art of cooking with weed. A concept that used to be defined by dusty and overdosed brownies that would leave you unable to get off the couch has now morphed into something more considered, more useful and more delicious. Professionally trained chefs are now turning their hands to haute cannabis cuisine, with people like chef Jessica Catalano specializing in strain-specific cannabis cooking for medical uses, as well as taste.

As the decriminalization of psilocybin and other psychedelics becomes either a reality or at least a topic of discussion in much of the US and across Europe, the idea of psilocybin cuisine becomes an interesting one. After all, why are we still choking down grams of dry shrooms or sipping an unpalatable tea—when we could be bringing our kitchen skills to the table and making something a lot more appealing?

Of course, there are things to consider when approaching food and psilocybin-containing shrooms. The first, as ever, is dosing.

Assuming that you’ve already had some experience with shrooms, you’ll be coming to your kitchen with a general idea of what dosage is right for you. Of course, there are always variables; when we first started to grow our own product we were caught off guard out with how much more potent they would be than the mushrooms we’d procured from dealers, and ended up spending our New Year’s Eve trapped in a room with a hundred miniature music instruments and some overwhelmingly psychedelic carpet. (You can learn to grow your own here.) However, we’ll assume that, unlike our much-younger selves, you know your own tolerance and have more than a little experience with dosing yourselves.

Learn: How to Grow Your Own Mushrooms

When it comes to cooking with shrooms, we like to stick to the same rule as with any type of psilocybin consumption: dose low. You can always take more, but once you’ve scarfed a psilocybin cheese toastie containing three times as much as your usual dose, you’re in it for the long haul—and worse, you’ll have the waking cheese dreams. If you dose low, you can, in theory, present your loved one with a three-course dosed dinner and when you’re good and full, you can retire to your den to trip away delightfully for the rest of the evening. No one wants to puke on shrooms because they got greedy and double-dosed.

Do: Consider the stomach

Whether you’re adding psilocybin extract into a delicately-balanced meal or throwing some ground up shrooms into a dessert and covering the whole thing in sugar, the difference between this and normal consumption is that you’re putting not only shrooms into your stomach, but other foodstuffs, as well. A lot of people suffer from nausea when they trip, so it’s worth thinking about that when you’re putting your recipe together. We find that fresh ginger helps to stave off the sick feelings, so our favorite dosed recipes almost all contain ginger. Mint and lemon can also help, if you’re prone to nausea and want to avoid it.

Even if you’re not one of the more pukey amongst us, you might find that eating shroom-laden food affects you quite differently than just eating shrooms. After all, your stomach isn’t used to processing other things at the same time as it’s dealing with the psilocybin. For this reason, we recommend sticking to lighter foods to start with; don’t go all in with psilocybin-dosed mashed potatoes and a pepper steak. Start with some dosed confectionery; we like putting very low doses into gummy bears so we can eat a handful, and we started off throwing fresh shrooms into blueberry smoothies, with banana to calm the stomach. It’s not a race; start slow and steady!

Don’t: Worry too much about heating

One of the more contentious discussions around cooking with psilocybin-containing mushrooms is the issue of heating, and the alleged degradation of the active ingredients within.

A decade ago, no question was more likely to start a mushroom-forum argument than this one, and commentators would start throwing around scientific-sounding terms intended to signal their greater understanding of their subject. It’s likely that the idea was borne from people comparing mushrooms of different ages, or even different species, and finding that some were more potent than others; a two-year-old dried mushroom will have a noticeably different potency than one of the exact same type that’s just been freshly picked and dried. Similarly, if you trip while you’re well rested, properly hydrated, and have eaten three meals, you’re likely to be affected less than if you had stayed up all night, hadn’t had enough to eat or drink, and had also ingested other perception-altering substances.

The potency of psilocybin-containing mushrooms is something that’s incredibly subjective and a person’s reaction to shrooms is unlikely to be the same in all instances—so you might eat three grams of dry product one day and feel incredibly high, and drink the equivalent dose in a tea another day and feel less affected. It would be logical, in this situation, although not accurate, to infer that the boiling affected the potency of the product. Add to this a precious lack of complete data around the topic, and you’ll understand why it was a hot topic.

These days it’s generally accepted that, in most situations, heat poses no threat of significant psilocybin degradation, especially if you’re cooking in a standard kitchen and for a brief period of time—after all, people have been boiling mushrooms in water to make tea for decades, if not longer, and the question of potency degradation doesn’t often come up there.

If it was up to us, we’d put this whole question to bed by commissioning a study with lab-grown product, various species and detailed chemical analysis across a range of temperatures and then offer ourselves up for testing of the results—but unfortunately we don’t hold the purse strings for academic funding (if you do, call us).

Because ideas like this die hard, many psychonauts still prefer to avoid longer periods of heating when they’re cooking shrooms. It’s understandable—and it’s why you won’t see that many baking recipes that revolve around psilocybin-containing mushrooms. It’s a shame (we’ve made dosed chocolate and orange brownies and they were phenomenal), but it’s not the end of the world—and you can always break the trend.

When it comes to mushroom cooking, the best idea is to tread lightly, keep notes and dose low to start with. But this shouldn’t mean you have to be conservative in your cooking; bring your best culinary skills and see where they can take you!