DoubleBlind Mag is devoted to fair, rigorous reporting by leading experts and journalists in the field of psychedelics. Read more about our editorial process and fact-checking here. Editorially reviewed by Madison Margolin.
Table of Contents
1 Drug Testing (a.k.a. Drug Checking)
2 What is LSD (a.k.a. acid)?
3 Effects of LSD
4 Macrodosing vs. Microdosing LSD
5 How Long Does LSD Last?
6 LSD Risks
7 Is LSD Addictive?
8 What Does LSD Look Like?
9 Why You Should Test Your LSD
10 LSD Test Kit
11 LSD Testing at a Glance:
12 LSD Lab Testing
13 The Psychedelic Movement is Evolving
14 DanceSafe

Drug testing, also known as drug checking, is an essential health and safety precaution to take before consuming a synthetic substance. It’s particularly important to test your LSD (acid) because the compound is odorless, colorless, and can’t reliably be identified by look, taste, or smell; it’s also possible for adulterants or more risky chemical substitutions to be sold as LSD. Enter drug checking.

At music festivals and events, organizations such as DanceSafe offer educational materials or bring specialized drug checking equipment (such as an FTIR machine, or top-of-the-line infrared spectroscopy device) to serve partygoers wishing to partake, safely. But you can also test your drugs at home using Dance Safe’s test kits, which introduce chemical reagents to the substance in order to determine its makeup. Fortunately, the test kit for acid is quick, affordable, and simple to do.

Acid, the more quotidian name of LSD (lysergic acid diethylamide) is considered a “classic” psychedelic that, in certain doses, often brings on visual and auditory effects while altering the user’s perception of reality, and even self. It’s derived from ergot, a fungus that grows on the rye grain.

Read: Everything You Should Know About LSD

LSD was initially synthesized in 1938 by chemist Albert Hofmann while working for the Swiss company, Sandoz Pharmaceuticals. Before he realized LSD’s psychoactive properties, Hoffman had intended for it to be used as a respiratory and circulatory stimulant. It took him six years after synthesizing and working with the compound to realize LSD’s psychedelic qualities: First he accidentally ingested a little bit of LSD on April 16, 1943 and experienced what he describes as, “…an uninterrupted stream of fantastic pictures, extraordinary shapes with intense, kaleidoscopic display of colors.” Three days later, he tried it again, this time intentionally, and rode a bicycle home, high on acid—the origin of the April 19th holiday known as Bicycle Day.

While LSD was used as a “truth serum” by the CIA, it was also made famous in the 1960s by counterculture icons Timothy Leary and Ram Dass (a.k.a. Richard Alpert), both psychology professors at Harvard at the time, and early psychonauts. Acid, along with cannabis and other psychoactive drugs, played an important role in the hippie culture of the 1960s and its experience was popularized by musicians such as the Beatles, Pink Floyd, and the Grateful Dead. Many early experimenters saw LSD as a means to disconnect from the materialistic and militarized dominant culture, and to discover new paradigms of how to organize society and relate to one another.

LSD binds to several 5-Hydroxytryptamine (5-HT) receptors in the brain, causing an excess of serotonin in the synaptic cleft between neurons. LSD can alter perception, mood, and cognitive processes by acting on the serotonergic system. It also acts on the dopaminergic system, which affects processes like learning, reward systems, and motivation. The increased levels of dopamine and serotonin can make LSD feel energetic and provide an extroverted experience.

Acid can enhance the imagination and senses, stimulate thoughts, and engender feelings of euphoria and universal connection. On the flip side, acid can bring on anxiety or paranoia for some users in certain situations. Hallucinations can also accompany an acid trip—an experience that may bring up positive or negative responses—depending on the nature of the hallucination and the tripper’s state of mind. As a classic psychedelic, LSD in high enough doses may cause temporary ego death, which can result in mystical experiences and a sense of transcendence.

Prior to being outlawed by the Nixon administration under the Controlled Substances Act in 1970, researchers and therapists explored LSD’s uses in psychotherapy. Today, researchers at institutions like Imperial College London are returning to the study of acid’s potential as a tool for addiction treatment, anxiety, depression, or other conditions, finding it to bear positive results for participants with anxiety when given LSD-assisted psychotherapy.

The full psychedelic experience—along with its potential to catalyze significant personal and spiritual growth—is often accessed through an LSD dose upwards of 65 micrograms. However, many contemporary psychonauts prefer a microdosing regimen of 30 micrograms of LSD or less on a semi-regular schedule—a practice that’s more likely to produce mild changes in mood and perception. Comprehensive studies on the practice are yet to be done, but many microdosers report improvements in mood, anxiety, depression, and ability to focus.

How Long Does LSD Last?

An LSD trip can last for eight to twelve hours. While the most prominent effects of LSD often last five to six hours, this experience can differ from person to person and depend on the dose consumed. It’s also important to remember that while tripping on acid, time can become distorted and the user may not have a sense of time, at all.

Taking LSD can be an intense experience, and you should never drive, or be responsible for the safety of another person, when using LSD. Those with a personal or family history of mental health conditions (especially schizophrenia) should practice extra caution, particularly with high doses of LSD. Those who trip on a more frequent basis may also want to be wary of a rare condition known as Hallucinogen Persisting Perception Disorder. Be aware, too, that because of LSD’s Schedule I status in the U.S., buying—and particularly selling—LSD can lead to heavy fines or penalties.

Last, it’s important to check your acid using a drug testing kit (a.k.a. drug checking kit) to make sure it’s actually LSD, and not a counterfeit or a more dangerous substance.

LSD is not considered addictive and does not reinforce dependence pathways in the brain. In fact, it’s been used successfully by some to help break the cycle of addiction to substances such as tobacco or alcohol. In addition, the often-intense nature of an acid trip tends to limit users’ desire to repeat the experience at frequent intervals.

Most often, LSD comes in the form of a liquid, or as a tab of blotter paper (upon which that liquid has been dispersed with a dropper). In other cases, acid may appear in the form of tablets, capsules, or gelatin squares.

Why You Should Test Your LSD

Until recently, LSD counterfeits weren’t considered especially risky. But the influx of a class of drugs known as NBOMes about ten years ago changed that. Variants of NBOMe, which stands for N-benzyl methoxy, simultaneously thicken the blood and constrict vessels, potentially causing heart attacks, renal failure, or stroke. Fentanyl and analogs like carfentanyl also appear as counterfeits or adulterants in the LSD market today.

Emanuel Sferios, founder and former director of the nonprofit DanceSafe, notes that in recent years, the illicit markets have, to some degree, cleaned themselves up; certain distributors now refuse to sell fentanyl or fentanyl analogs, for instance. However, a staggering array of new, illicit compounds and research chemicals hit the market every year and users need to be aware that the situation is ever-changing. Besides prohibition and growing demand, factors contributing to the illicit market today include the rise of the dark web and the cover of anonymity provided by cryptocurrencies.

When it comes to the intentions of illicit manufacturers and dealers, Rachel Clark, who works in communications and development with DanceSafe, gives these folks the benefit of the doubt. “The purpose [of selling counterfeit drugs] is not to kill people,” she tells DoubleBlind. Instead, some manufacturers and dealers are likely unaware of the ins and outs of new molecules or research chemicals which, in some cases, mimic the effects of the better-known drugs, but carry more risks. Some may not even know the origins of what they’re selling. Ultimately, when it comes to counterfeiting, said Clark, “it’s about people trying to make money.”

The LSD test kit that DanceSafe sells online consists of a bottle of Ehrlich’s reagent, which turns purple when LSD is present and therefore rules out 25i-NBOMe. The kit also includes a fentanyl testing strip.

LSD Testing at a Glance:

Another way to test your LSD is to anonymously send a sample into a designated drug testing lab for comprehensive analysis. At-home LSD test kits are essential. However, sending in a sample of your stash—no matter what it is—is the most precise way to determine drug purity. Lab testing may be particularly important for LSD, which is difficult to analyze with FTIR testing—as noted by DrugsData. DrugsData is an anonymous testing laboratory run by Erowid Center. Anyone can submit samples for testing for a $100 to 150 copay, or without charge in some special cases. Energy Center International is an alternative lab that offers the same anonymous service. Some groups, notably in Canada, the Netherlands, Portugal, Switzerland, and Austria may have walk-in or mobile testing available.

The Psychedelic Movement is Evolving

With the recent uptick in interest around psychedelic use for personal and spiritual growth, observers have noted a “psychedelic renaissance” in our culture today. Research, anecdotal experiences, and the legal situation around psychedelics are all evolving quickly so it’s important to stay up-to-date and take precautions—such as drug checking, dose monitoring, and paying attention to set and setting—in order to cultivate the most positive and safe experience.

DanceSafe is a 501(c)(3) nonprofit organization promoting harm reduction practices for greater health and safety within the nightlife, electronic music, and psychedelic communities. Centered on peer-based education, and with chapters all across the U.S., DanceSafe brings honest, accurate information to people about the safety of popular club and recreational drugs—and how to use them for the best possible experience. For more information on drug effects, drug checking kits, and other safety information, visit their website here.

Dance Safe is currently working under a grant to write legislation legalizing all drug checking materials and removing the language for paraphernalia. If you’re a lawyer or lobbyist interested in this issue, contact DanceSafe. Experiencing a salvia trip is tricky. Here’s what to expect before, during, and after the process. 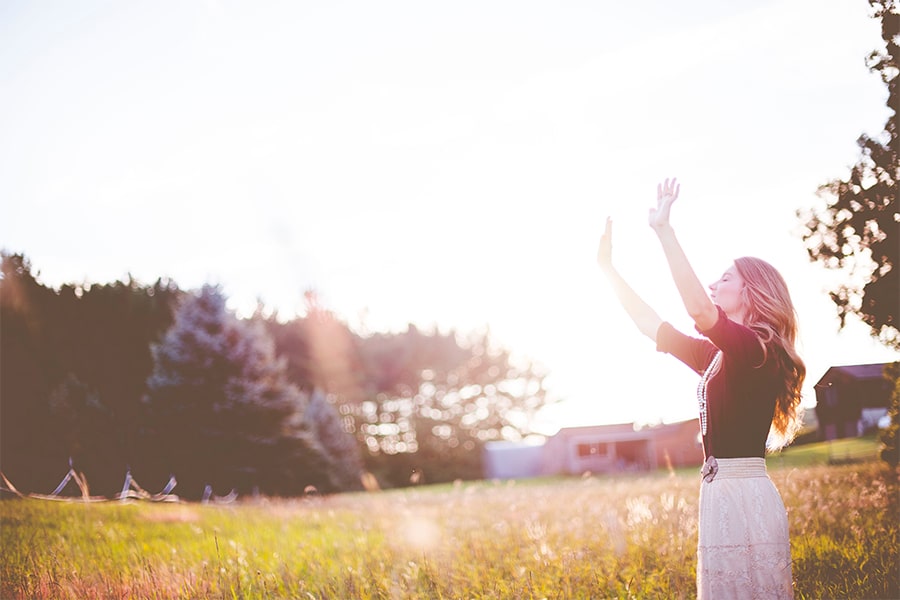 For some who have left the Mormon church, psychedelics provide an opportunity to heal feelings of alienation and find their own way.