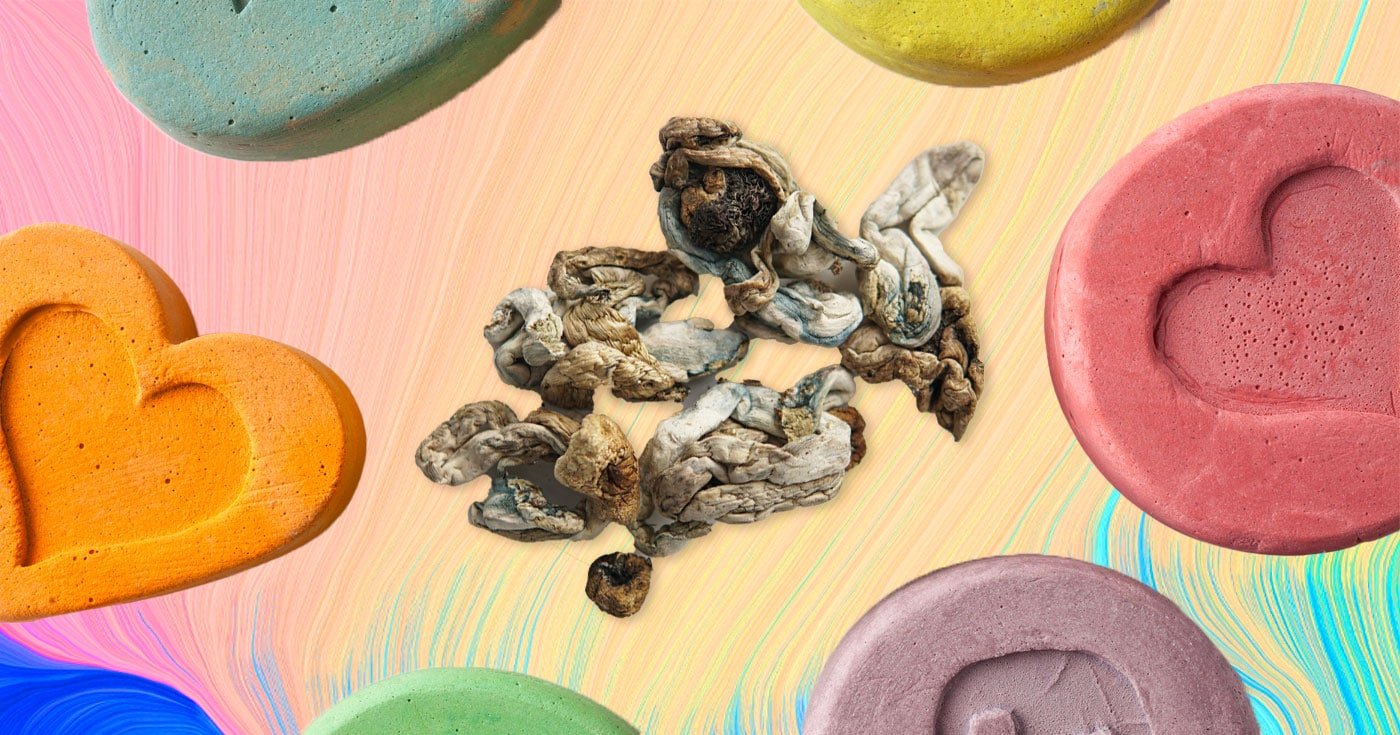 Hippie Flipping: What to Know About Mixing MDMA and Mushrooms

Hippie flipping, a.k.a. flower flipping, can be euphoric or overwhelming—depending on how you go about it. Here are some harm reduction techniques.

The term “hippie flipping” refers to the combined use of MDMA (a.k.a. molly or ecstasy) and mushrooms. Curious explorers of consciousness generally pair the two as a means of experiencing the synergy of their combined effects: The trippy visuals and laugh track of psilocybin mushrooms converge with the sensory elevation and empathy-soaked social rapture associated with MDMA.

That’s the balanced effect most people are aiming for, but mixing two or more substances introduces more neurochemical complexity—and with that, additional risks and challenges. Because of their illegal status, rigorous studies on psychedelics are in short supply, and even more scarce is research examining the effects of such combinations.

What is Hippie Flipping?

Hippie flipping, sometimes called “flower flipping,” describes the simultaneous or overlapping use of both MDMA and psilocybin mushrooms. There is avid discussion around the ideal dose combination and timing; based on experiences shared on Reddit, the Shroomery, and other forums, most people prefer starting with mushrooms and adding MDMA after the initial peak—about one to two hours into the psilocybin experience. Many people experience an unpleasant comedown with MDMA after a few hours, and if you’re still tripping on mushrooms during that comedown, it can be a challenging experience.

What are the Effects of Hippie Flipping?

The effects of hippie flipping will depend on several factors: the order in which you take the mushrooms and MDMA; how long you waited in between; the dose of each; the correct identification and purity of the MDMA; your environment; and your unique biology and psychology. Given the many factors involved, it’s no surprise that the experience and subjective effects of hippie flipping can vary immensely from person to person.

Throughout your experience, you’re likely to experience a mosaic of different emotions and sensations—highs, lows, and all areas in between. It’s impossible to describe the full spectrum of effects, but based on a wide collection of online reports, some common themes emerge from these subjective experiences:

It’s worth emphasizing that psychedelics, especially when combined with other drugs like MDMA, can provoke powerful and challenging states of mind. Those with a personal or family history of mental illness or health concerns should seriously consider the risks associated with psychedelics and MDMA.

How Long Does Hippie Flipping Last?

The length of your hippie flip depends on how you timed your two doses. The effects of mushrooms typically last four to six hours from the initial dosing, and MDMA’s duration generally falls between three and six hours.

So, depending on when you decide to add MDMA to your mushroom trip, the experience could be anywhere from six to twelve hours. Although the effects may fully taper off after half a day, some people report feeling some lingering side effects—like lethargy, gloominess, or headaches—for a day or two.

MDMA and psychedelics—especially when combined—can bring about powerfully altered states of mind, and those with mental illness or health issues are advised to avoid use. Even without pre-existing health concerns, the intensity of the experience demands careful consideration and safety nets such as a trusted friend, a safe and comfortable refuge, and a plan for getting home safely if venturing elsewhere.

DanceSafe, a non-profit organization dedicated to harm reduction and peer education, offers a wealth of information on risks and tips for safe experiences. Referring to their educational material on MDMA, here are some risks to be aware of:

Read: The “Candy Flip” Explainer: What Happens When You Mix Acid and Molly?

Because molly may contain so many questionable additives if it isn’t pure, it is highly recommended that you test your MDMA before use and avoid mixing ecstasy from different sources to reduce further contraindications.

Mushrooms generally aren’t a Trojan horse for adulterants, but they aren’t without risks:

“Both MDMA and mushrooms are capable of lowering the seizure threshold—MDMA more so than classical psychedelics,” Rachel Clark, programs and communications coordinator at DanceSafe, tells DoubleBlind. “An overstimulating environment, excessive heat, and other factors that can induce seizures or other physical complications might be more high-risk than they would be if you were to do just one of those two drugs.”

According to Clark, hippie flipping should be approached cautiously by anyone with a personal or family history of mental illness (particularly psychotic and mood disorders) and “anyone with a predisposition to epileptic activity, high blood pressure, and other things that can be triggered by stress.”

Clark zealously emphasizes that hippie flippers be aware of potential medication interactions, especially with MAOIs, tramadol, and other medications that either influence serotonin production or drug metabolization. “I cannot stress enough that mixing with medication is a prominent cause of visits at medical tents at festivals,” she says.

To summarize: Assess any pre-existing health risks, research potential medication interactions, test your MDMA, and make sure that you have safe places and people to turn to if things go south. “[When you’re] attempting to self-medicate with any substance,” Clark says, “it’s important to tell other people how much you’re taking, when you’re taking it, where you’re taking it, and to be exceptionally cautious when preparing your set and setting [in order] to reduce the likelihood of adverse effects.”

Traditional wisdom urges a practice of starting with a lower dose of your substance and adding more after you’ve gotten a sense for the effects of the initial dose. By gradually adding to the initial dose, you are less likely to pass the threshold that leads to uncomfortable effects and challenging trips.

“Psychedelics and MDMA are very synergistic generally speaking and there’s a reason people combine them,” Clark says. “But a major mistake people make is doing their regular dose of both drugs at the same time.”

To give you a baseline understanding of what an MDMA dose can look like, the Multidisciplinary Association for Psychedelic Studies (MAPS) team has studied doses between 80mg to 120mg in their clinical trials, albeit these doses were administered in a safe, supervised setting with trained psychotherapists to guide the experience. Lower doses between 50mg to 75mg have also been studied. It’s also worth acknowledging that potency and purity of MDMA can vary wildly in illicit markets, further justifying caution.

Start small with mushrooms, too. As Michelle Janikian points out in her DoubleBlind guide to shrooms, a low dose of dried cubensis falls under 2g. With other types of psilocybin mushrooms, consider starting even lower in the spirit of caution.

Turning to Clark for dosing guidance, she hesitates to use any hard numbers because of the many factors that affect how one uniquely experiences any given dose, including metabolism, body weight, brain chemistry, and prior drug use. Clark instead offers more universal advice: “An individual who would normally take what they consider a ‘moderate’ dose of a single drug should drop to a ‘light/moderate’ dose of that drug, whatever that means to them.” In addition, she suggests familiarizing yourself with the potency of each batch of drug individually before combining them.

Mixing Mushrooms and MDMA Side Effects

All the different factors that can impact your hippie flipping experience should also be considered when anticipating potential side effects. Again, it’s imperative to be intentional with your dosing since most challenging experiences and side effects result from overestimating how much was needed to have a good time.

One cause of adverse effects is “serotonin syndrome,” which occurs when the brain experiences an excess of serotonin. “It can lead to heightened body temperature, excess sweating—in severe cases, muscle stiffness, disorientation, agitation,” Clark says. “If supportive care is not available, it can become quite dangerous, especially if a person’s body temperature is spiking and there’s too much activity in the brain, which can lead to seizures.” Serotonin syndrome can be especially dangerous with use of MAOI medication, Clark adds.

MDMA purchased illicitly may contain unknown and misrepresented ingredients, so it’s important to understand that any list of side effects cannot possibly account for the full array of risks and side effects. Based on reports from combined use of MDMA and mushrooms, some of the acute side effects associated with MDMA and psilocybin include:

Other side effects may come on a day or two later, including:

To reduce risk, always test your MDMA, dose modestly, avoid frequent use, and know what safety and medical resources are available to you. Although no one is free of risk, seriously consider avoiding the experience altogether if you have pre-existing health conditions or mental illness. 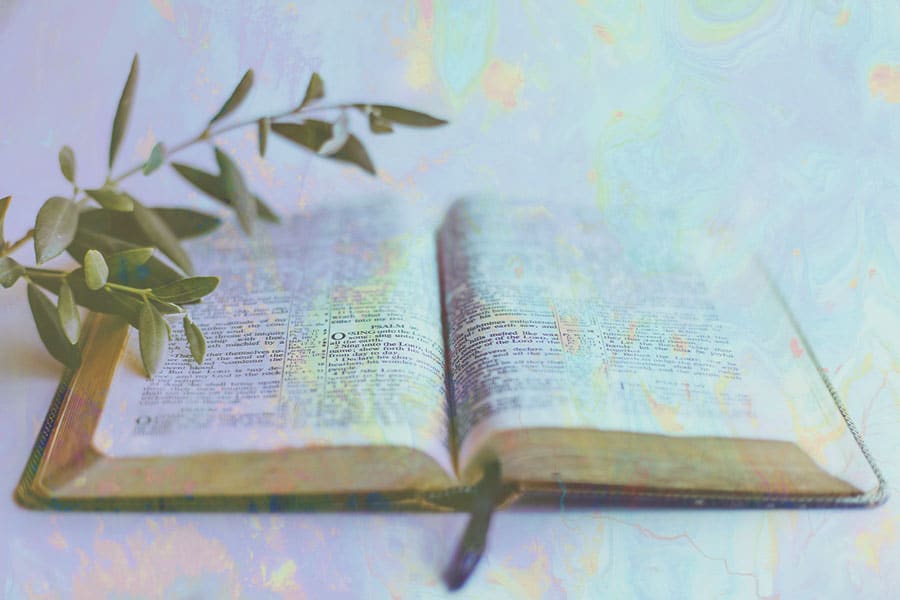 Psychedelic Synergies in the Bible: How Ancient Shamans and Priests Combined Plants to Get High Time to Freak Out: Get Offline, Go Inward, and Protect the Soul

With COVID forcing us online more than ever before—we're in a "spiritual emergency" struggling against the "Satanic trifecta of Facebook, Twitter, and Instagram." Now's a time for "internet hygiene, soul substance, and the correct placement of things."