Microdosing Workouts: Could They Change the Fitness Game?

Microdosing psychedelics as part of your workout regime isn’t all there is to “microdosing workouts.” You might even consider exercising for microdosable intervals, as well.

DoubleBlind Mag is devoted to fair, rigorous reporting by leading experts and journalists in the field of psychedelics. Read more about our editorial process and fact-checking here. Editorially reviewed by Madison Margolin.
Table of Contents
1 Microdosing Workouts: The 411
2 Hate The Gym? Microdose Workouts Could Easier Than You Think
3 Benefits of Microdosing Psychedelics
4 Psychedelics and Physical Health
5 Microdosing For Athletic Performance
6 Do Professional Athletes Microdose Psychedelics?
7 Exercise Smarter, Not Harder

Microdosing mushrooms or other psychedelics is an increasingly popular way for people to expand their minds, to potentially alleviate mental health issues, and to promote creativity. A miniscule amount of LSD, psilocybin, or MDMA could help the end-user reap the benefits of said chemicals without any overwhelming psychoactivity or side effects— but what if the trend didn’t end with entheogens?

Microdosing workouts—i.e., exercising for small amounts of time—is quietly becoming the next fitness craze. Even the top trainers in the world will admit there simply is no one-size-fits-all answer when it comes to which regimens are best for each individual. Whether you don’t have the time for a spin class two times a week or you abhor the muscle soreness associated with a difficult training session, microdose workouts may be for you.

Let’s break down what science has to say.

A micro-dosing approach to exercise isn’t as simple as doing one push-up and calling it a day. It’s simply a more impactful and deliberate way of getting your blood pumping.

One popular variety of small dose exercise is high-intensity interval training (HIIT). This method sees a person’s heart rate reach a minimum of 80 percent of its maximum capacity, typically for a period of anywhere from one to five minutes, followed by extended periods of time at rest or more mild movement. An example of this type of routine would look like this:

Researchers have found these microdosed workouts to be exceedingly beneficial. HIIT has been shown to increase VO2 max, which is the maximum volume of oxygen a person’s body can use. Higher VO2 max typically equates to better overall cardiovascular health, which is a great indicator of overall wellness). A weekly routine featuring even a few HIIT sessions could have long-term positive impact.

Hate The Gym? Microdose Workouts Could Easier Than You Think

If the thought of HIIT gives you the jitters, it turns out a lot of the routine activities we mindlessly complete day by day could also be favorable for your health.

High-intensity incidental physical activity (HIIPA) has been shown to put folks on the path to improved wellness. HIIPA refers to the things we do on a regular basis that could make you break a sweat: carrying in large packages or shopping bags from the car, shoveling snow from your front steps, or even cleaning your apartment.

Read: What You Should Know About Microdosing for Anxiety

An analysis published in the British Journal of Sports Medicine concluded that even a slight increase in high-intensity incidental physical activity for those who get little to no exercise could make a difference.

The study suggests that if people living sedentary lifestyles engage in these activities three to five times for five to ten minutes per day, it could have health advantages comparable to HIIT. No kettlebells or protein shakes required!

In addition to offering limitless opportunities for consciousness expansion, psychedelics are typically associated with improved mood, reduced anxiety and depression, and increased creativity and focus. Most people who microdose take small amounts of entheogenic substances every few days in order to gain these potential benefits without the overarching psychoactivity (or emotional roller coaster) of a regular journey.

In terms of athletic performance, elevated mental health combined with razor-sharp senses may indeed provide a psycho-spirtual boost. But what about the rest of the body?

Many of the arguments in favor of microdosing psychedelics are similar in nature to those for microdosing exercise: You can boost your energy levels, improve your mood, and sharpen your focus (to name a few). And while the jury’s still out on whether a tiny amount of shrooms could help your workout game, the potential is certainly striking.

In addition to promoting psychological and emotional wellness, psychedelics may improve physical health in a number of ways. There have been several anecdotal examples of people healing their chronic illnesses utilizing entheogens, but the scientific research remains limited. The small number of studies in existence do point to certain psychedelics having  neuroprotectant and anti-inflammatory capabilities.

For athletes, this latter may be particularly useful, whether engaging in micro or macro workouts. Inflammation of joints and muscles is common in this realm, especially in contact sports like football, hockey, or endurance competition.

For those looking to gain a competitive edge, microdosing for athletic performance may be worth a shot. In holisitic terms, entheogens influence the body vis-à-vis the mind. People who engage in psychedelic journeys tend to become more in-tune with their bodies. In addition, the neurological activity these chemicals interact with plays a key role in regulating other physiological systems within the body (see below).

People who engage in psychedelic journeys tend to become more in-tune with their bodies.

Competing, especially at an elite level, can also take a massive toll on the psyche as the pressure to win and sustain your career can lead to stress and anxiety. Psychedelics may level the emotional playing field and encourage the consumer to be at peace with who they are in the moment, allowing them the freedom to focus on the game.

Knowing entheogens may help take their performances (and lives) to the next level, more and more athletes are coming out of the proverbial psychonaut closet. Famed boxer Mike Tyson claimed he was tripping on 5-MeO-DMT when he decided to rejoin the sport; he also seemingly introduced the substance to UFC fighter Henry Cejudo, who said the trip was “one of the best things to ever happen to him.” And let’s not forget the infamous Dock Ellis no-no, wherein the Pittsburgh Pirates pitcher threw the first and only no-hitter of his baseball career while on LSD.

Read: What Are the Long-Term Effects of Microdosing Psychedelics?

It’s not known how many professional athletes have dabbled in the psychedelic world, but these examples certainly make it seem as though the culture is expanding in ways it never has before.

For many out there, a good day includes a long and hardcore fitness routine. But for those who struggle to make it to the gym or who simply don’t have enough hours in the day to improve their athletic performance, microdosing workouts may be the answer.

Experiment with high-intensity intervals to get your oxygen flowing or scrub your bathroom like there’s no tomorrow—depending on your typical activity levels, either may put you on a path to better health. Just remember to always consult with a primary care doctor to get accurate medical advice on what’s best for you. 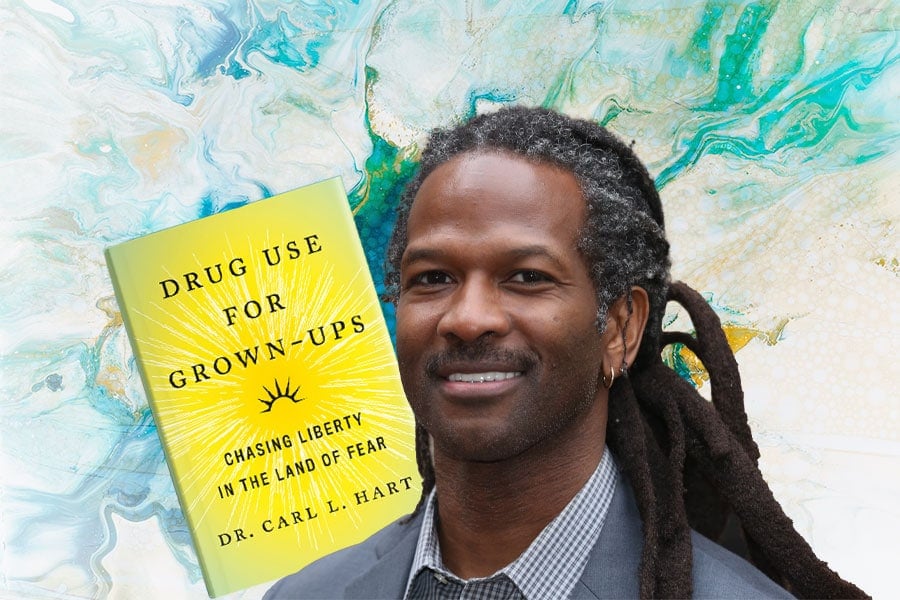 Why All Drugs Should be Legal

Neuroscientist Dr. Carl talks drug addiction, legalization, the opioid crisis, and more in a discussion about his new book "Drug Use for Grown-Ups"