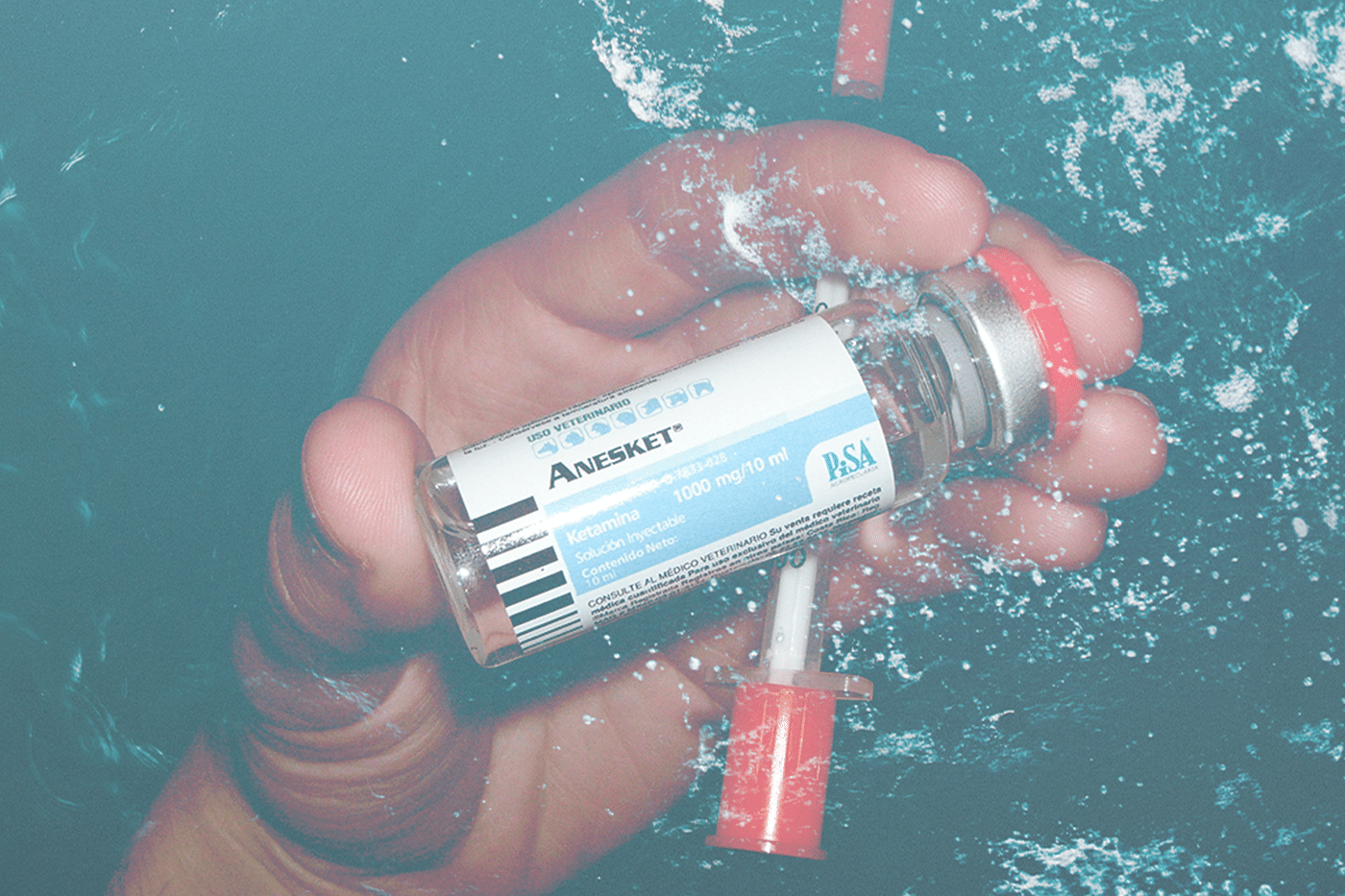 When Dr. Erica Zelfand began her family medical practice, she didn’t have to write many prescriptions for antidepressant and anxiolytic drugs before she realized she needed to find something else. The long list of serious side effects from these drugs, coupled with the length of time it takes for some antidepressants to kick in, means they just don’t work all that well. And when patients fail to respond to two or more drugs—which happens with 7 to 35 percent of patients who suffer from depression—their condition is considered “treatment-resistant.”

Faced with this growing issue, Zelfand shifted her practice to focus on diet, lifestyle, and mindfulness—which got her paying more attention to psychedelic science.

“Before I knew it, I found myself volunteering with MAPS [the Multidisciplinary Association for Psychedelic Studies], reading books on entheogenic healing, and attending conferences,” Zelfand says in an email. “Integrative mental health is now a focal point of my work, and I find it immensely rewarding.”

Zelfand says the global mental health crisis—which has led to a slight drop in average life expectancy over the past three years in the U.S. alone—is forcing healthcare practitioners to grapple with conditions outside their expertise. “The urgent need for a therapy to help patients survive and thrive through depression is perhaps why providers who don’t typically treat mental health conditions or who don’t particularly resonate with the field of entheogenic healing are suddenly interested in ketamine,” Zelfand says.

Depending on whom you ask, the effects and use of ketamine can be described completely differently. Most anesthesiologists simply view it as a potent painkiller, with fewer side effects than opioids—it is, after all, the most widely used anesthetic on the planet, according to the World Health Organization (WHO).

For many cutting-edge therapists, however, ketamine is a wonder drug that can rapidly relieve suicidal thoughts, PTSD and symptoms of depression. Suicide claims a life every 40 seconds, according to the WHO, making it the 10th leading cause of death in the United States and the number two killer among people between ages 10 and 34. While some antidepressants can take weeks to kick in, ketamine can alleviate symptoms in just a few hours, although this relief isn’t always permanent and not every patient responds to the drug.

And of course, in the underground dance music scene, ketamine is valued for its insightful distortions of reality: an ecstatic, lucid, out-of-body episode that comes closer than any drug to a near-death experience. (Some will argue that ketamine is not a psychedelic, but under Stanislav Grof’s definition of a “nonspecific … amplifier of the psyche,” ketamine seems to fit.)

In the midst of a second psychedelic revolution, coupled by an omnipresent mental health crisis, ketamine stands as a bridge between two prominent social issues. Nearly 20 years ago, a team from Yale University School of Medicine serendipitously discovered that ketamine could swiftly relieve symptoms of depression. When the rest of the world took notice, it led to dozens of clinics popping up to offer off-label ketamine treatments. While ketamine is often prescribed for anesthesia, mental illness was not a sanctioned condition for medical use until last March, when the FDA approved esketamine (a component of ketamine) for treatment-resistant depression. Clinicians can still prescribe ketamine for off-label use (i.e. a condition it’s not approved for by the FDA), but it’s typically not covered by insurance.

Experts are concerned about not only the hype over ketamine’s purported capacities to heal, but also the less-than-scrupulous health centers touting ketamine without more oversight.

With its growing public acceptance and proven efficacy for patients, ketamine is perceived to be the first legal step toward a Western society that uses psychedelics-at-large to heal the mind. With ketamine leading the way as psychedelics emerge from the underground, indeed, some ketamine clinics are already gearing up to offer MDMA and psilocybin—the psychoactive component in shrooms—in a similar fashion when these substances can also be legally prescribed. (MDMA therapy is slated to be legal by 2021 and psilocybin for depression isn’t far behind.)

But some experts are concerned about not only the hype over ketamine’s purported capacities to heal, but also the less-than-scrupulous health centers touting ketamine without more oversight. According to an investigation by Megan Thielking of STAT, these clinics may not be thoroughly pre-screening patients’ physical and mental status or may lack mental health experts on staff, which can lead to mismanagement of delicate mental states. It’s not enough to just be given ketamine—some patients require counseling or integration back into society as a way of making sense of their experience.

“Something like 90 percent of the long-term benefit of psychedelics is in the sober integration in the weeks and months after,” says Dr. Will Siu, a MAPS-trained, NYC-based psychiatrist who prescribes ketamine lozenges to some of his patients. “There’s probably a number [of patients] who feel a lot better, but then it fades with time because they don’t have integration.”

Siu and Zelfand say many ketamine clinics are run by anesthesiologists or primary care doctors offering the drug as a side business. And it can be lucrative, costing hundreds of dollars, though some insurance companies are slowly starting to cover it.

“Ketamine is a big moneymaker, with providers charging anywhere from $150 to $700 cash per treatment,” Zelfand says. “A treatment often consists of very little face-to-face time, as patients are typically left alone in a room while an automated pump delivers the intravenous infusion. When you consider the common prescription of a loading program of six infusions within a two-week period, followed by a maintenance plan of an infusion every four to six weeks thereafter, indefinitely, that’s a lot of money—and a lot of incentive for administering ketamine.”

Zelfand isn’t accusing any providers of being in it solely for the cash, but the profits of these services can’t be ignored, either. (Esketamine, Johnson & Johnson’s blend of ketamine recently approved by the FDA, is generally even more expensive than these generic blends.) Zelfand is also concerned that some clinics are prescribing ketamine with sedatives like midazolam, a benzodiazepine, to dampen the hallucinogenic “side effects.”

Not only have benzos been shown to make ketamine less effective, but those “side effects” that help patients step outside their egos are central to the treatment, argue Zelfand and other experts like Steve Mandel of Ketamine Clinics of Los Angeles. “[A] mystical journey is not a mere nuisance side effect of a treatment, but rather a significant component of the treatment itself,” says Zelfand.

“I sometimes use the analogy of an impressionist painting: what looks like a chaotic mess of color upon color, in fact, reveals itself to be a beautiful landscape of water lilies at dusk when viewed from across the room,” she adds. “Ketamine allows a patient to step away from the ‘canvas’ of his [or] her life and consider it from a more distant, detached perspective—and this can lead to profound psycho-spiritual breakthroughs.”

“Ketamine allows a patient to step away from the ‘canvas’ of his [or] her life and consider it from a more distant, detached perspective—and this can lead to profound psycho-spiritual breakthroughs.”

If ketamine really is a bridge to mainstreaming psychedelic culture, some of these clinics need better management, or they could risk giving the whole movement a black eye, says Jamon R. Rahn, director of Mind Medicine Inc., a startup dedicated to using psychedelics to treat addiction. To address this, Rahn, a Silicon Valley investor who formerly helped Uber expand in Singapore, is investing into a network of ketamine providers that will adhere to standards of care, through a potential accreditation process.

“I went to some of these ketamine treatment centers around the United States and was actually horrified,” Rahn tells DoubleBlind. “[Ketamine] is really creating a new treatment paradigm, but some are doing it, I think, in the wrong manner and I think it’s the single biggest existential threat to the psychedelics community.”

While there are clinics that do provide good quality care, Rahn says he’s worried the bad ones will lead to a repeat of the 1960s, when hype surrounding psychedelics was met with public backlash and strict bans that set research back decades. “While there is a psychedelic renaissance underway, without proper controls and regulations this could turn into another apocalypse for these medicines,” he says. The solution, Siu and Rahn believe, is to start raising awareness about what a proper ketamine treatment should look like and to implement standards of care.

“What we do is educate therapists and educate the public,” says Siu. “If we actually have good practitioners out there, and patients know that there is such a thing as different sets and settings, these other clinics won’t last.”

Where are All the Queer People?

The mental health field has historically neglected the LGBTQI+ community. Psychedelic research has been no exception—until now. 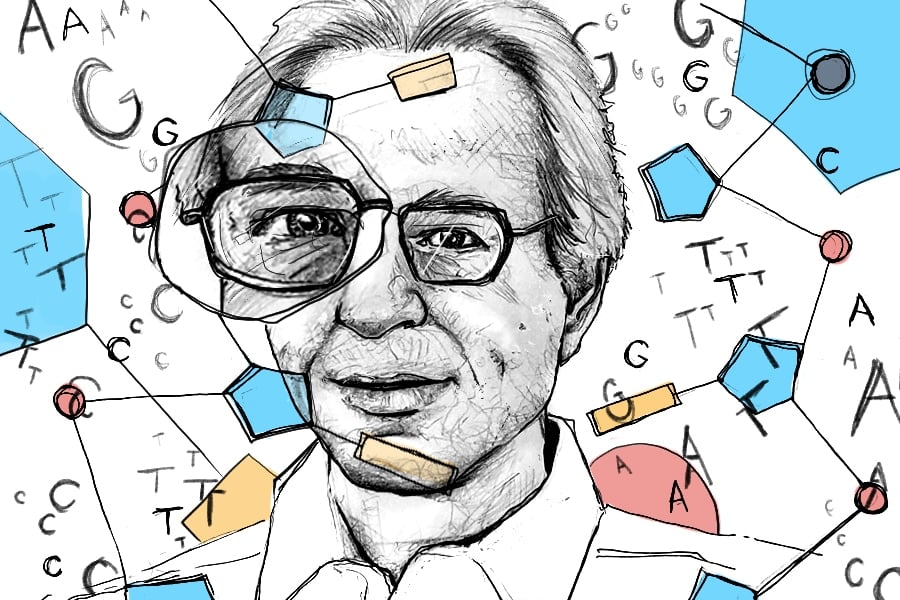 Rick Strassman on DMT and the Mystical State